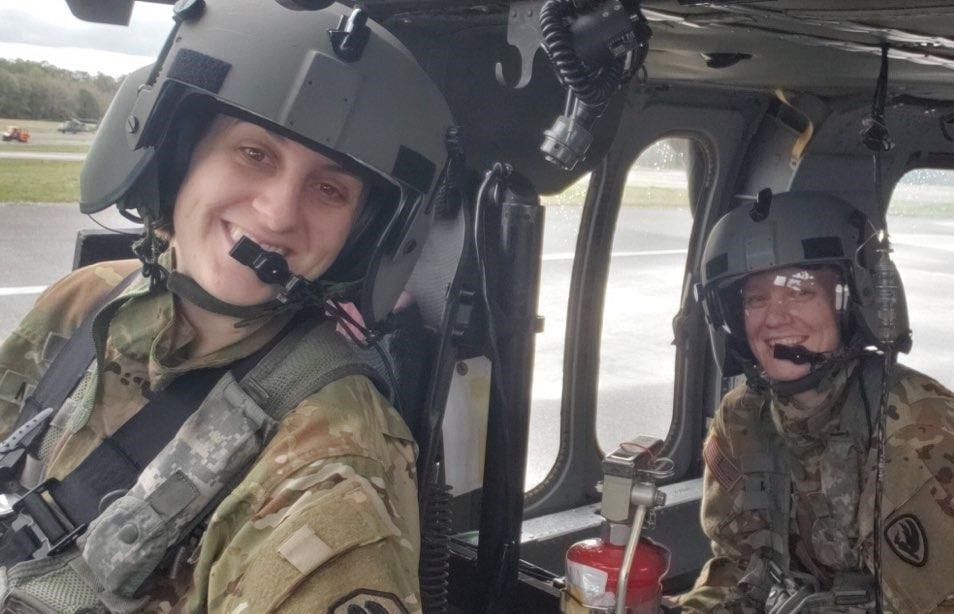 New Orleans, LA – Over the past two weeks, the nation has remembered both the 15-year anniversary of Hurricane Katrina and the 19-year anniversary of the horrific attacks of 9/11, all while the state of Louisiana remains in the midst of two emergency responses. The men and women of the Louisiana National Guard, many of whom were influenced by both tragic events, have worked tirelessly since March in COVID-19 operations and then response and recovery missions following Hurricane Laura.

While there are 11,000 guardsmen that make up the Louisiana Army and Air National Guard, roughly 90% were born in or after 1980. Additionally, over 80% of the LANG is a reserve force, meaning they typically wear the uniform and train one weekend a month, while going to school or working outside of the military on a fulltime basis.

Deployments, both home and overseas, interrupt that usual routine in order to defend freedom away or assist our fellow citizens in Louisiana. Currently, there are over 4,900 guardsmen supporting both emergency operations.

“These Generation Y and Z guardsmen may have not been labeled as the greatest generation, however they are truly the greatest of their generation,” said CW5 Kevin Dares, the command chief warrant officer for the LANG. “The younger generations I know make up the majority of my workplace. They are hardworking, driven, initiative-taking leaders that have proven to me, day in and day out, that they are a cut above.”

“Everywhere that I have gone, the folks on the ground … have been nothing but grateful and thankful for the work of our National Guard,” said Gov. John Bel Edwards. “We have the best National Guard in the United States of America. They’re the best at preparing for and responding to a disaster.”

While supporting COVID-19 response operations, the LANG is currently assisting 19 medical test sites and has tested over 213,165 citizens. While assisting at food banks, guardsmen have packaged over 13,028,884 pounds of food.

WO1 Kayla Meadors, a 28-year-old helicopter pilot from Denham Springs, Louisiana, with the 1-244th Assault Helicopter Battalion, is one of the newest pilots in the LANG and responded most recently to Hurricane Laura during the emergency operations.

“The attacks on 9/11 were definitely a contributing factor to my joining the military. I was in fourth grade, and I had never seen adults so distraught and broken over something so far away from Denham Springs. They were totally helpless,” said Meadors. “Four years later I was starting the eighth grade when Hurricane Katrina decimated the Mississippi coast … over 1,800 Americans lost their lives, thousands were uprooted and millions were affected. Once again an outside force, this time a natural disaster, left all the adults in my life totally helpless. The Louisiana National Guard was activated to rescue, support, provide, and sacrifice for the people when no one else knew what to do.”

“To this day I think the National Guard fills a roll in our communities that no other organization has the ability to fill on such a large scale,” said Meadors. “I like to be part of the fighting force representing our nation worldwide, and I like to be one of the helping hands when people close to home need assistance.”

While working 10-hour days at a distribution site for citizens affected by Laura in Lake Charles, Louisiana, New Orleans-resident Pvt. 1st Class Corey Carter with the 1-141st Field Artillery Battalion, recalls the day in 2005 he thought he would die.

“During Hurricane Katrina I was 6 years old. My mother and I got stuck in our house when it flooded and neither of us could swim. I remember my mother hugging me and telling me that she loved me, and I honestly didn’t think we were going to make it,” said the now 21 year-old Carter, describing the rate and speed of the water filling the house. “And then 30 minutes later we heard a helicopter above the roof and the Louisiana National Guard rescued us. We were helo’d out.”

“Every time a kid now waves at me in uniform, it brings me back to that time … seeing Army soldiers helping us out. It feels good inside because I know I am helping out the community,” said Carter. “Somebody helped me out when I didn’t think I was going to make it. For me … I’m just returning the favor.”

“I have witnessed these young people take on the toughest international and domestic problems while working in some of the most demanding environmental and stressful conditions, and do it with a positive attitude,” said Dares.