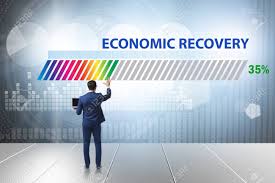 Louisiana’s Revenue Estimating Conference on Tuesday adopted Albrecht’s projection that the state’s general fund, the part of the budget over which lawmakers have the most control, will take in about $228 million less during the fiscal year that begins July 1 than was in the last official forecast. They raised the projection for the current fiscal year by $292 million from a low baseline adopted in May during the trough of the pandemic-related recession.

Commissioner of Administration Jay Dardenne, who oversees state spending for Gov. John Bel Edwards, said the proposed state budget the administration presents in February may include cuts that don’t have to be made if the federal government steps in and provides money that can be used to plug budget holes. Louisiana reportedly is in line to receive approximately $2 billion from the most recent federal aid package, but federal officials haven’t yet issued the rules for how the money can be spent.

The REC – which is made up of State Senate President Page Cortez, House Speaker Clay Schexnayder, Dardenne and academic economist Stephen Barnes – decides how much state government is allowed to spend. They chose Albrecht’s estimate as the official projection over a more optimistic forecast by the administration’s top economist, noting that the REC will meet again before the next legislative session begins in April to revisit the numbers.

Last year, lawmakers used $900 million in federal aid to balance the state’s budget. While the money technically was not supposed to be used to make up for revenue shortfalls, federal officials allowed states to assume much of what they spent on public health and safety during the height of the pandemic was related to fighting COVID-19, allowing lawmakers to use the federal dollars to pay for functions that otherwise would have depended on state revenue.