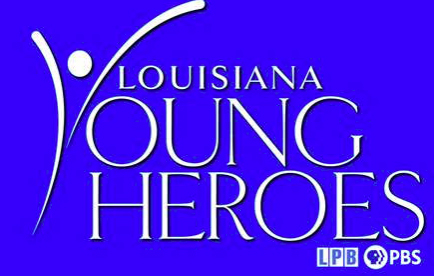 Reagan Angers of Baton Rouge (Senior at St. Joseph’s Academy) is a cancer survivor diagnosed with osteosarcoma at age nine. She spent a great amount of time at St. Jude Children’s Research Hospital recovering from major limb-sparing surgery which removed the cancerous tumor and much of her femur. She returned to school after a year of chemotherapy and physical therapy and learned to walk again with an internal prosthetic.

Allison Callender of Pleasant Hill (Junior at Natchitoches Central High School) is a cancer survivor who at four years old survived stage IV neuroblastoma. After 18 months of cancer treatment, Allison had no sign of disease, however, she lost part of her hearing and her ability to easily process some information from the radiation therapies. Allison has overcome these obstacles and is active in her school and community.

Corynn Gray of Lafayette (Senior at Thrive Academy) is a remarkable young lady who persevered through a difficult upbringing with the added responsibility of raising her siblings. She will be the first in her family to attend college and collaborated with the Young Entrepreneurs Academy to turn one of her passions into purpose creating her own natural skin care line to help others.

Gabe Hoosier of Deville (Senior at Buckeye High School) overcame a severe football injury his freshman year and plans to become a physical therapist. He enjoys working with special needs adults, being involved in competitive sports and weightlifting. He founded Cinderella’s Closet to provide formal dresses for students wanting to attend homecoming or prom. Gabe has worked with the Central Louisiana Homeless Coalition and volunteers with the ARC Center.

Mason McCart of Natchitoches (Junior at St. Mary’s Catholic School) created Cooking for a Cause and raised thousands of dollars for local charities by baking and selling cookies. He is fast approaching his goal of raising $10,000. Recognizing that teens often struggle with emotional, psychological, and social well-being, Mason also started a blog to uplift his peers through words of encouragement and to help raise awareness for mental health.

Olivia Stringham of Vivian (Senior at North Caddo Magnet High School) is a survivor who endured the death of her mother at an early age. Olivia became the matriarch of her family and continues to be involved daily in the lives of her younger siblings. Her experience has led her to advocate for mental health awareness, as well as champion social justice issues in her community and school.

Victoria Williams of Baton Rouge (Senior at Baton Rouge Magnet High School) possesses academic curiosity, community spirit, and strong ethics. Even with years of instability in her life, she works toward a future of increased equity and remains committed to effecting positive change. Victoria co-founded the Black History Quiz Bowl at her school. She is enthusiastic about science and her community and plans to study Chemical Engineering with a goal of applying it to environmental relief.

“It is our honor to recognize these deserving high school students. Each is an inspiration to their peers and communities, and the state of Louisiana,” says Clarence “C.C” Copeland, LPB Acting Executive Director. LPB defines a Young Hero as an exceptional high school student who has excelled in academics, given significantly of themselves through public service, overcome adversity, exhibited extraordinary heroism, or inspired others through their deeds and strength of character.