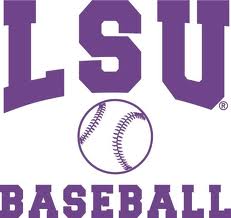 LSU pitcher Aaron Nola didn’t give up an earned run in eight innings against UCLA Sunday night, but he suffered his first loss of the season.

Thanks in part to two big errors, the unseeded Bruins upset the No. 4 national seed Tigers 2-1 in an opening round game of the College World Series in Omaha, Neb.

LSU (57-10) will face No. 1 seed North Carolina (57-11) in an elimination game Tuesday at 2 p.m. The Tar Heels were upset by unseeded North Carolina State 8-1 in their opening round game Sunday afternoon.

LSU’s only run of the game came on a home run by Mason Katz in the fourth inning.

Brian Carroll reached on a bunt single and advanced to second on a throwing error by catcher Ty Ross. Carroll advanced to third on a ground out and scored on Eric Filia’s sacrifice fly to left field.

Pinch hitter Ty Moore opened UCLA’s eighth with a single to left field. He was replaced at first by pinch runner Christoph Bono, who advanced to second on a sacrifice bunt. Kevin Kramer then flied out for the second out of the inning.

Filia then hit a ground ball toward shortstop. The ball went off Alex Bregman’s glove into the outfield and Bono scored.

LSU went down in order in the bottom of the eighth. In the ninth, Katz reached first on an error, but Raph Rhymes grounded into a double play with a very close play at first.

The Tigers still had their chances, though. Christian Ibarra walked and pinch hitter Jared Foster singled up the middle with a 2-2 count.

But Jacoby Jones flied out to right field to end the game.

Despite giving up no earned runs and allowing just five hits, Nola dropped to 12-1.

Adam Plutko, who allowed jut four hits in seven innings, got the win. David Berg, who pitched the final inning, got the save.