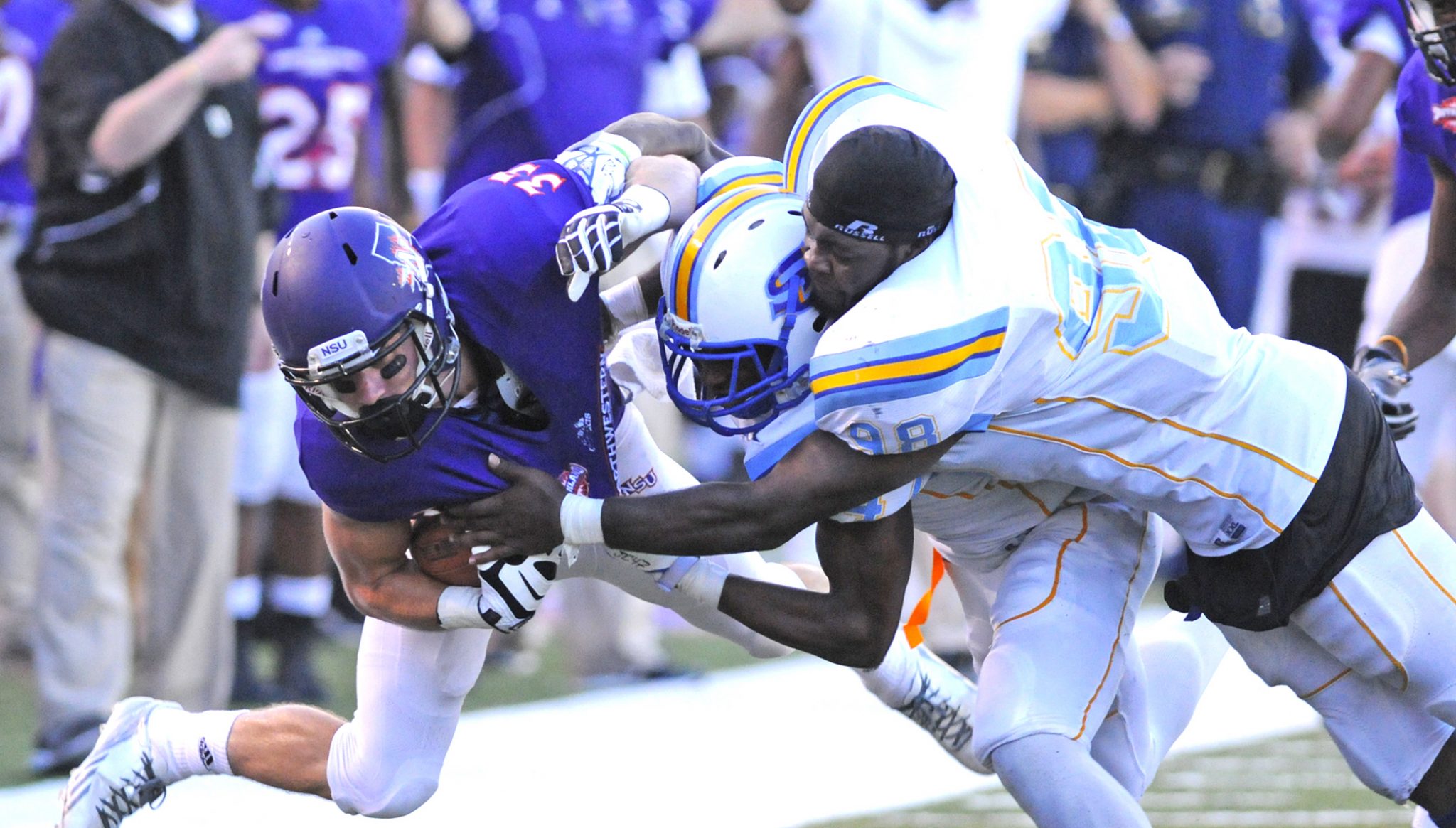 The LSU Tigers did what was expected of them Saturday night in Tiger Stadium.

They walloped an outmanned Alabama-Birmingham team 56-17.

LSU jumped on the Blazers early and led 28-0 early in the second quarter.

If there was a negative, it’s that the LSU defense got a bit lax in the second quarter. UAB scored 17 points in and trailed 35-17 at halftime.

Of course, you really can’t blame the LSU defense for letting down a bit with such a big lead.

These kinds of games are problematic for LSU. The Tigers expect to contend for a national championship every year. Their fans expect nothing less.

No offense to UAB, but the Blazers shouldn’t be able to hang with the Tigers. A blowout is simply expected. Anything less makes the LSU faithful a bit nervous.

LSU’s Odell Beckham Jr. made sure it was blowout. All he did was rack up 331 all-purpose yards that included returning a field-goal attempt 109 yards for a touchdown.

Jeremy Hill played for the first time this season and rushed for 50 yards and a score.

The Tigers face another opponent they should handle easily in Kent State this Saturday at Tiger Stadium.

Kent State went 11-3 last season and finished runner-up in the MAC. The Golden Flashes were ranked No. 25 in the final AP after losing to Arkansas State 17-13 in the GoDaddy.com Bowl.

The Tigers should roll again and be 3-0 going into their Sept. 21 SEC opener against Auburn in Baton Rouge.

North-western State: After Saturday’s 55-14 shellacking of Southern University in their home opener Saturday, the Demons are 2-0 for the first time since 2007. Jay Thomas is also only the third coach in NSU history to win his first two games along with Scott Stoker (2002) and Glenn Gossett (1967).

The Demons had little trouble with the Jaguars, who were routed for the second straight week. Zach Adkins, who is off to an impressive start, passed for 331 yards and three touchdowns.

The Demons piled up 554 yards.

“I’m really proud of how we handled the week,” Thomas said. “Our motto was ‘Win the Week,’ and we did. Our guys came out on fire and played really good in all phases. I’m really happy with the way we played.”

The going will get a bit tougher Saturday when the Demons travel to Ohio to face FBS team Cincinnati. The Bearcats are 1-1 after taking a 45-17 whipping from Illinois Saturday.

Louisiana Tech: The Bulldogs weren’t overly impressive Saturday night in Ruston, but they did come away with a 27-14 victory over the Lamar Cardinals, an FCS (formerly Division I-AA) school.

Tech (1-1) was clinging to a 17-14 lead in the fourth quarter with Lamar at the Bulldogs 31. But Daniel Cobb’s sack forced a fumble and Tech drove for its final touchdown.

The victory was the first at Tech for new coach Skip Holtz.

The Bulldogs don’t have much time to prepare for their next game as they host Tulane Thursday night. It will be televised by Fox Sports 1.

Tulane (1-1) looks to be improved. The Green Wave won their opener 34-7 against Jackson State. They were edged by South Alabama 41-39 Saturday.