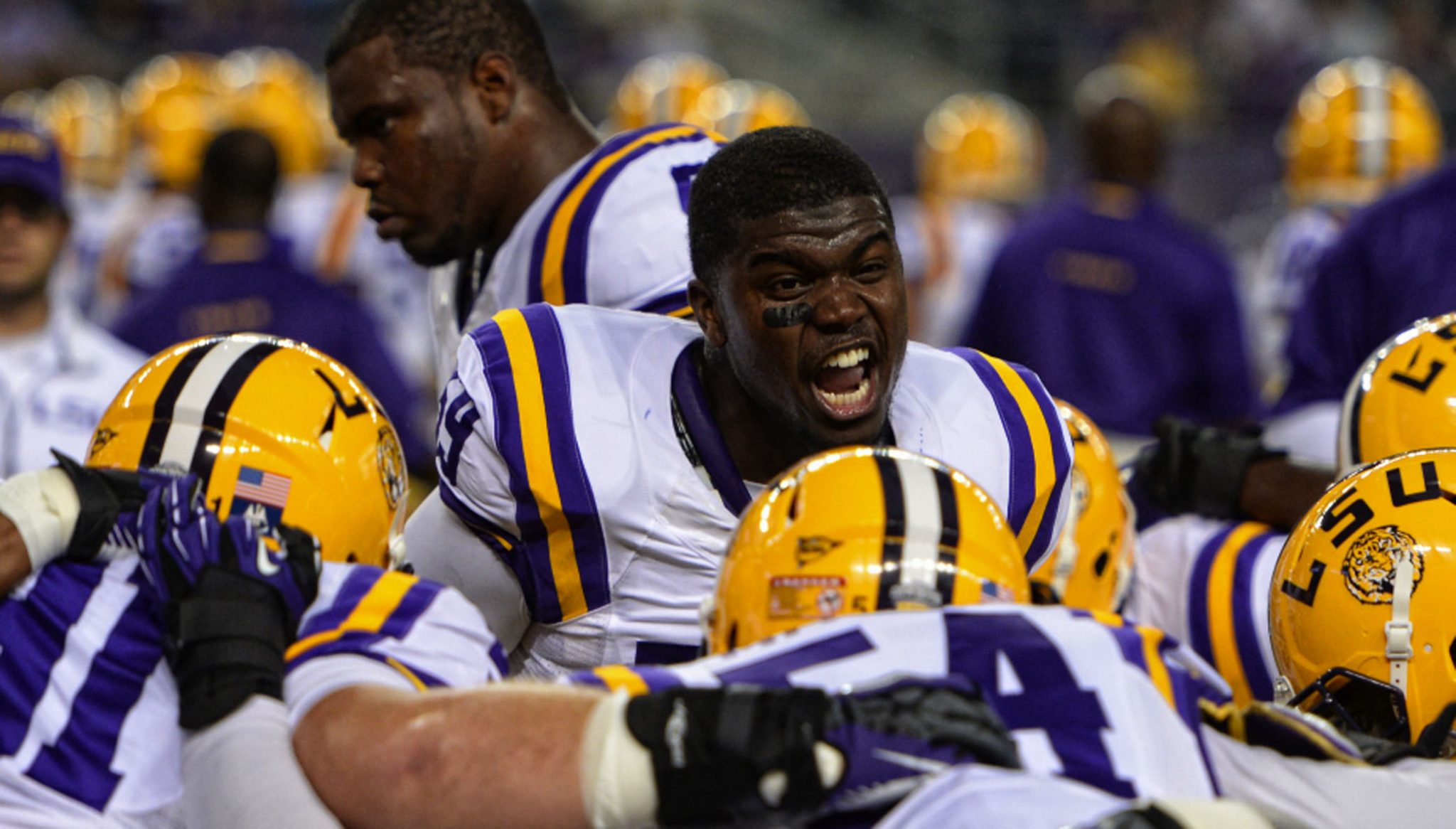 In the 2010 Class 4A quarterfinals, Magee passed for 193 yards and rushed for 235 in Franklinton’s 49-41 victory over the Bucs. It was Haughton’s only loss of that season.

Saturday night at AT&T Stadium in Arlington, Texas, TCU fans found out how good Magee is.

Magee scored on runs of 52 and 3 yards as LSU opened the season with a 37-27 victory. With 2012 leading rusher Jeremy Hill sitting on the bench for disciplinary reasons, Magee led the Tigers in rushing with 95 yards on 13 carries.

Alfred Blue, despite a fumble at the LSU 6 that set up a Horned Frogs touchdown, also looked good, rushing for 89 yards on 13 carries.

Senior quarterback Zach Mettenberger was also sharp, passing for 251 yards and a game-clinching touchdown to Jarvis Landry late in the fourth quarter.

Wide receiver Odell Beckham was clutch. After TCU cut the lead to 30-27 in the fourth quarter, he returned the ensuing kickoff to the Horned Frogs 25. That set up Landry’s score on third down.

Like Landry, Beckham had over 100 yards receiving as LSU’s offense rolled up 448 against an experienced TCU defense.

The inexperienced LSU defense also did its part. TCU had only one significant touchdown drive. The Horned Frogs kicked two field goals and scored on a kickoff return in addition to the TD after Blue’s fumble.

There was some cause for concern for Tigers fans, though.

Blue’s fumble was one of them. Allowing the kickoff return was another. The Tigers also kept a TCU touchdown drive alive with a roughing the passer penalty on third down. LSU also failed to recover a fumble it should have had on TCU’s field-goal drive in the fourth quarter that cut the led to three.

Overall, it was an impressive performance by the Tigers.

With upcoming games against Alabama-Birmingham, Kent State and Auburn, the Tigers should be 4-0 heading into their Sept. 28 game against Georgia in Athens.

Northwestern State: The Jay Thomas era got off to a good start with a gutsy 23-17 victory over Missouri State in Springfield, Mo.

The Demons scored two touchdowns in the third quarter after falling behind 17-10.

“We just hung tough through the ups and downs,” said Thomas. “Our guys battled hard. Theirs did too. We made some plays with the ball and when the game was on the line, our defense really came through. It’s a sweet win, coming on the road, and coming the way it did.”

Adam Jones had a big fumble recovery at the Missouri State 13 that sparked the comeback.

Zach Adkins was solid in his debut at quarterback, completing 24 of 37 passes for 233 yards, although he did throw two interceptions.

NSU has a very good chance to start the season 2-0 with a home game against Southern on Saturday night. Southern fell to Houston 62-13 in its opener.

But it should have been much closer. Trailing 14-0, the Bulldogs had a chance to get right back in it but Kenneth Dixon fumbled trying to reach the ball over the goalline. The Bulldogs also lost a fumble deep in NC State territory later in the game after a big play.

“Looking at the NC State game in review, it is certainly disappointing to see the results of what we achieved on the field,” Holtz said in his Monday press conference. “We said from the beginning that we were not going to make any excuses. We made a lot of mistakes, mistakes that cost you football games.

“Obviously, I think the turnovers were the difference in the game. We had two drives where we were going down with the potential to put it in the end zone that would have made it a very interesting second half.

“Unfortunately with us putting the ball on the ground and taking points off the board it got to be a lopsided game. Not only did we turn the ball over, but on third down we were not nearly as productive as we need to be.”

Dixon fumbled twice but still looked strong, rushing for 118 yards and a touchdown.

The Bulldogs should get in the win column Saturday at home against Lamar, but it may not be easy. Lamar spanked Oklahoma Panhandle State 75-0 in its opener.

Russell Hedges is the sports editor of the Bossier Press-Tribune. You can reach him by email at rhedges@bossierpress.com or by calling 747-7900