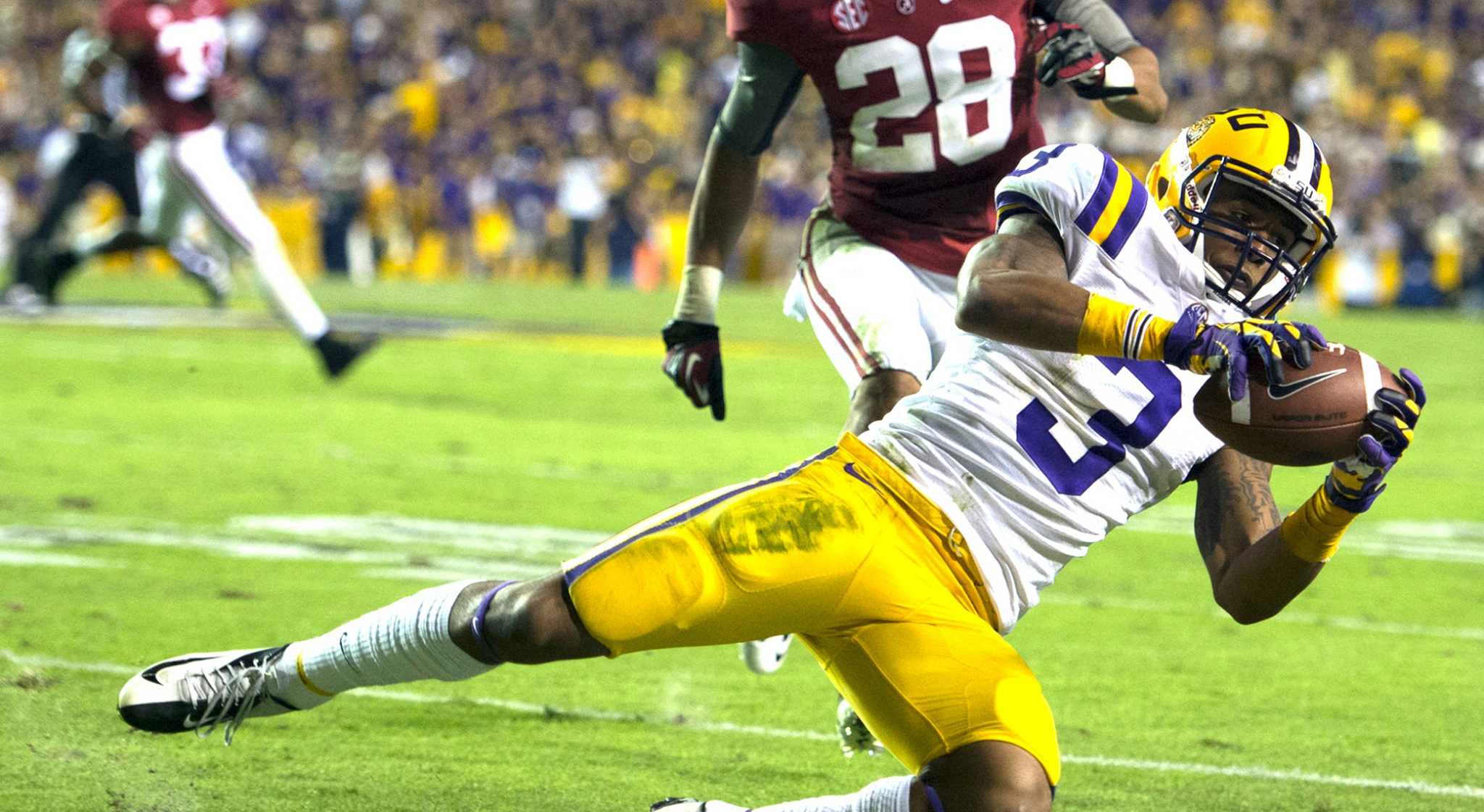 The LSU Tigers are ranked No. 13 in the USA Today Coaches’ Preseason Poll, which was released Thursday.

This marks the 13th straight season LSU will open the season ranked among the top 25 teams in the nation.

It’s the third straight season and eighth in nine under head coach Les Miles that the Tigers will take the field in a season opener ranked in the coaches’ poll top 15.

LSU finished No. 12 last season. The Tigers finished 10-3 after losing to Clemson 25-24 in the Chick-fil-A Bowl in Atlanta.

With the preseason ranking, the Tigers are ranked in the coaches’ poll for the 65th straight week dating back to the start of the 2009 season.

LSU will face five teams in the top 25 and the Tigers are the only ranked squad to face four top-10 ranked teams. LSU’s season-opening opponent, TCU, comes in at No. 20.

The Tigers and Horned Frogs face off in the Cowboys Classic on Aug. 31 at 8 p.m. on ESPN from AT&T Stadium in Arlington, Texas.

Other LSU opponents and their rankings are: Alabama (1), Georgia (5), Texas A&M (6) and Florida (10). Six Southeastern Conference teams are ranked in the top 13 with South Carolina tabbed at No. 7.

LSU reports to camp on Sunday, Aug. 4 before taking the field for the first practice on Monday, Aug. 5.