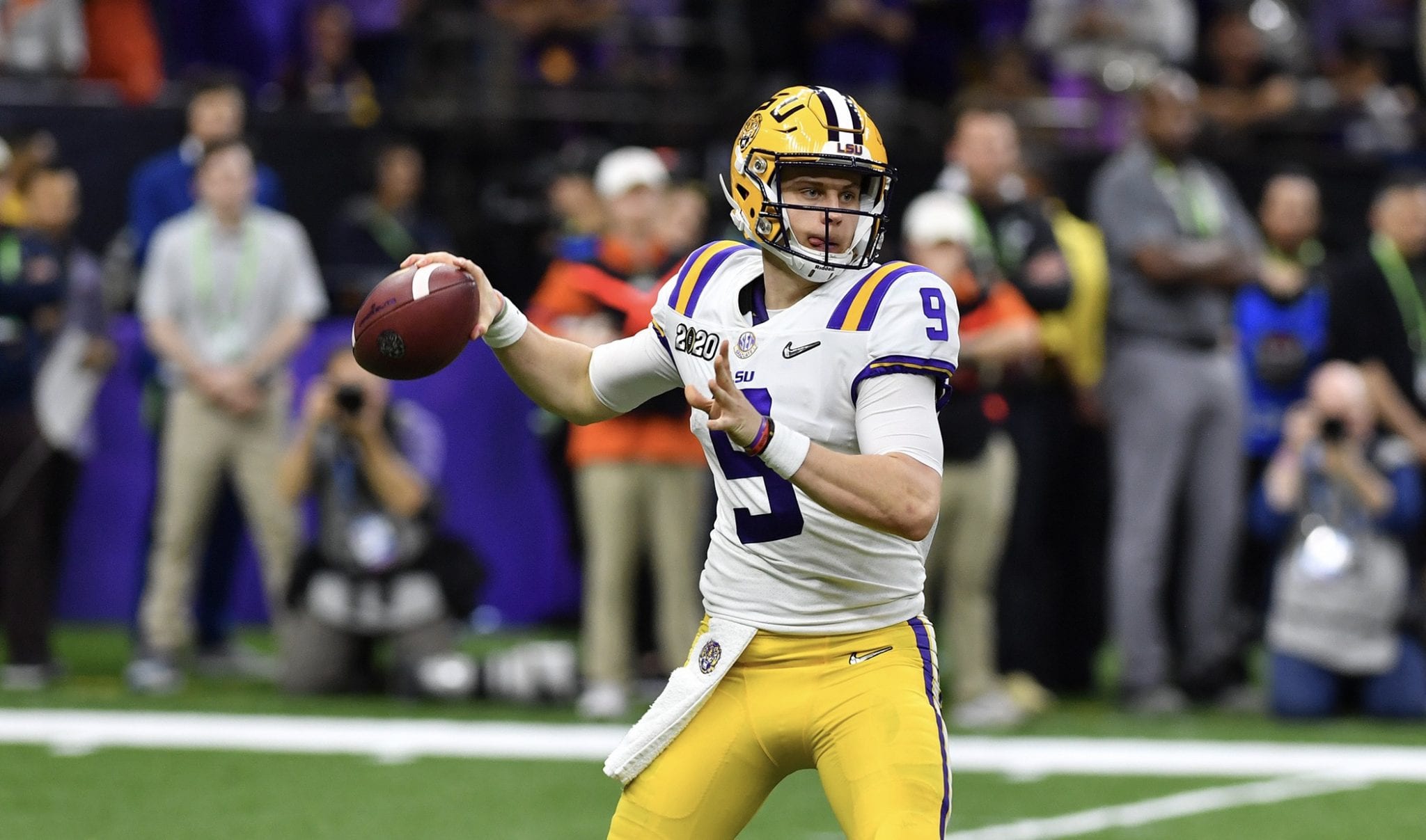 The 2019 national champion LSU Tigers tied the record for most players selected from one college in an NFL Draft with 14.

LSU now shares the record with the 2004 Ohio State team since the draft was cut from 12 to seven rounds in 1994.

Four more Tigers were selected in the first round — outside linebacker K’Lavon Chaisson (No. 20, Jaguars), wide receiver Justin Jefferson (No. 22, Vikings), inside linebacker Patrick Queen (No. 28, Ravens) and running back Clyde Edwards-Helaire (No. 32, Chiefs).

LSU set a school record for first-round picks and came up one short of the all-time Draft mark. The Tigers had more first-round selections than any other college. Alabama had four.

The SEC led all conferences with 68 players drafted. The Big Ten was second with 48 and the Pac-12 third with 32.

Michigan and Ohio State tied for second behind LSU with 10 players selected. Alabama had nine.