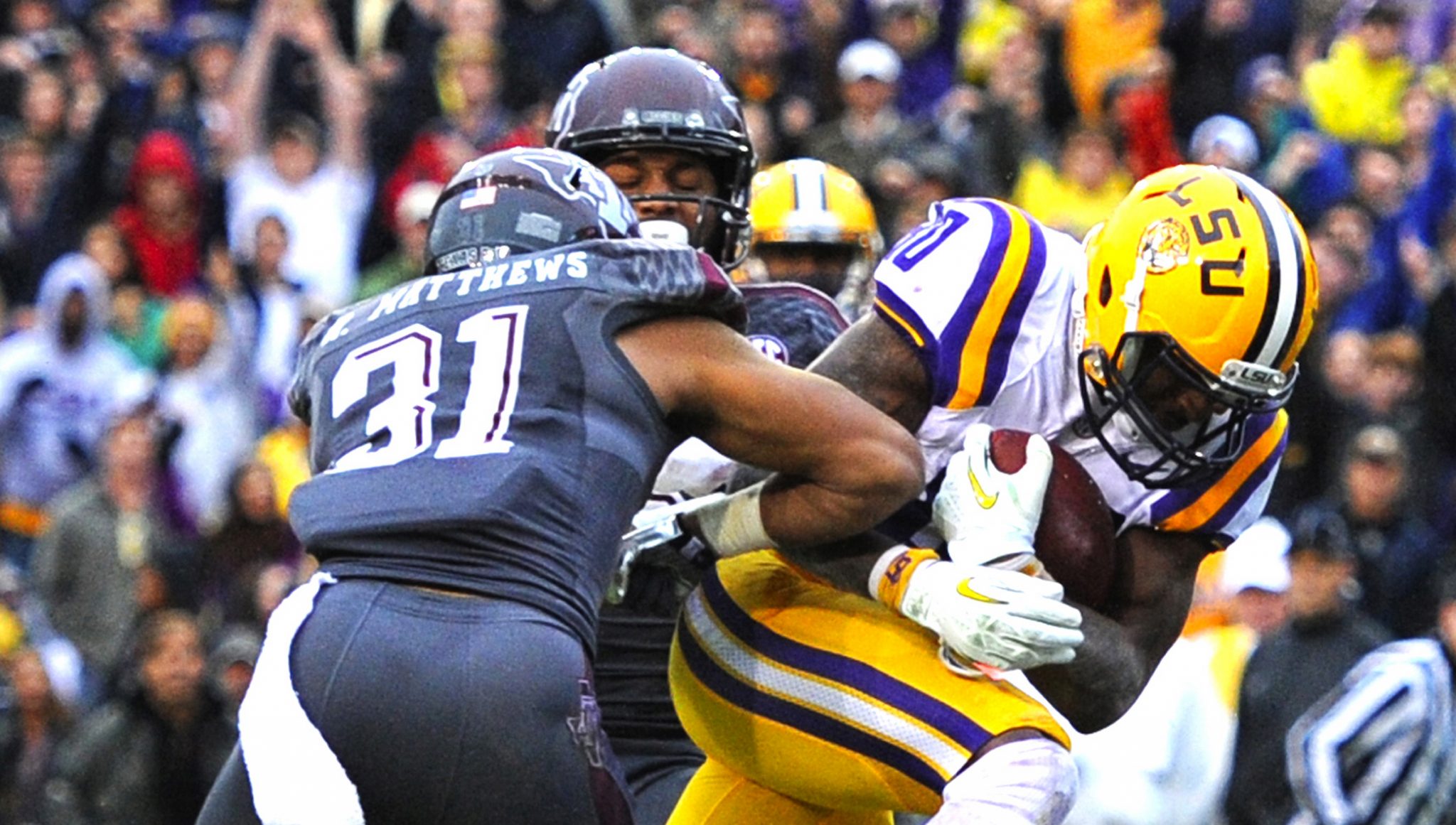 The LSU Tigers close the 2013 regular season against the Arkansas Razorbacks on Friday in Tiger Stadium.

It’s been a tough season for Arkansas (3-8, 0-7), which is coming off a 24-17 overtime loss to Mississippi State. The Razorbacks have lost eight straight after winning their first three under new coach Bret Bielema.

LSU has had several outstanding individual performances on offense this season..

Senior quarterback Zach Mettenberger is closing in on the 3,000-yard passing mark. He has completed 178 of 274 passes (65 percent) for 2,926 yards and 22 touchdowns with seven interceptions.

The Tigers have two of the best receivers in the country in Jarvis Landry and Odell Beckham Jr.

Jeremy Hill has rushed for 1,040 yards on 155 carries, an average of 6.5 yards per carry, and scored 13 touchdowns. Terrance Magee is also having a solid season with 556 yards on 72 carries and six touchdowns. Magee had a career-best 149 yards against A&M.

“There are so many guys that can help us offensively,” Mettenberger said after the A&M game. “We are so deep in every position. Even when Odell and Jarvis aren’t having their best game, others guys step up and make big plays for us. All of our running backs are great. Honestly, all of our success comes from the offensive line and those five guys up front.”

The LSU defense has been up and down, but it’s coming off its most impressive performance of the season.

The Tigers held Texas A&M to about 30 points below the Aggies’ season average. Quarterback Johnny Manziel, the reigning Heisman Trophy winner, completed just 16 of 41 passes for 224 yards with two interceptions.