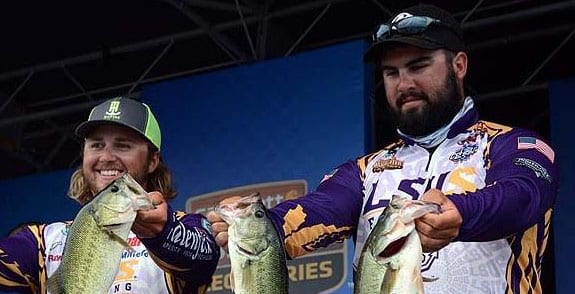 Kimbrough, a Benton alum, and Rascoe caught bass weighing 46 pounds, 11 ounces over a three-day period, including a 7-pound beauty on the final day of competition.

Eighty teams competed for the honor of fishing the Bassmaster Collegiate National Championship, including LSUS teammates Adam Burkett and Christian Brown, who finished in 28th place.

Only the top 13 teams qualified to fish the championship which will be held on Green River Lake in Campbellsville, Ky., July 28-30. Regional rival Northwestern University won the event, bringing in over 18 pounds of bass on the final day.

Rascoe has also qualified to fish the FLW College National Championship in spring of 2017 based on his first place finish on Lake Somerville in January of 2016 with partner Christian Brown.