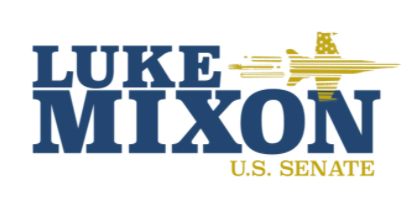 At 42 years old, Mixon is the accomplished product of Avoyelles Parish where he was raised in a farming family and graduated from Bunkie High School. He was inspired by his grandfather, Charles Mixon, who served as a flight engineer during World War II, to serve his country and attend the United States Naval Academy.

Mixon went on to graduate from the Naval Academy in 2001. He was chosen to become a fighter pilot and fly the F/A-18 Hornet, which he flew for 17 years and over 3,000 flight hours. He completed four deployments from aircraft carriers in support of missions in Afghanistan, Iraq, and Syria in the wake of 9/11 and earned three Air Medals during that time.

“During my time in the military, I was blessed to work with some of the bravest and most talented Soldiers, Sailors, Airmen, and Marines. However, I’ve also seen the consequences of irresponsible leadership. I’ve seen it abroad in our foreign policy and here in Louisiana,” said Mixon. “Louisiana deserves responsible leaders who represent the needs of their constituents.”

In 2008, Mixon graduated from the prestigious Strike Fighter Weapons School, better known as TOPGUN, and in 2012 he was recognized as the F/A-18 Attack Aviator of the Year. He went on to complete his service to the nation as the Commanding Officer of the Navy’s F/A-18 squadron based in New Orleans, LA.

“Our infrastructure is crumbling and communities are flooding, but Sen. Kennedy voted against billions of dollars to improve our roads and protect Louisiana communities from natural disasters,” said Mixon. “Health care costs are bankrupting families, yet Sen. Kennedy voted to end coverage for over half a million hard-working people in our state. We need better jobs that provide the people of Louisiana with a living wage to support their families.”

“Sen. John Kennedy has actively blocked efforts to get Hurricane Laura and Ida victims necessary resources to recover from the storms, he has stalled critical funding to upgrade our crumbling infrastructure, and he even voted against funding to support Louisiana families,” said Chair of the Louisiana Democratic Party, Katie Bernhardt. “We could not be happier to see a decorated veteran step up and answer the call to serve his country once again by fighting back against failed Sen. John Kennedy.”

Mixon is launching his candidacy with a video available at LukeMixon.com.