Bossier City police have arrested a man for sexually assaulting a 15-year old girl resulting in the victim becoming pregnant.

Detectives with the Bossier City Police Department’s Juvenile/Sex Crimes Unit arrested John Randolph Parker, 43, of Bossier City Wednesday on a warrant charging him with third degree rape. Detectives obtained the arrest warrant after results of a paternity test showed Parker being the father of the victim’s child. 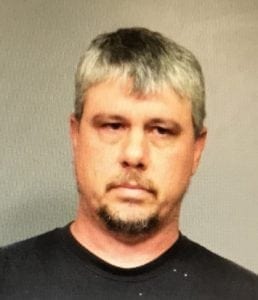 After the victim gave birth to her child, Bossier City detectives secured a search warrant for Parker’s DNA which was used to conduct the paternity test. On Tuesday, detectives were notified that the test identified Parker as the father at which time they obtained a warrant for his arrest.

Parker was taken into custody Wednesday and booked into the Bossier City Jail with bond set at $250,000.