Bossier Sheriff’s Office deputies arrested a man this morning for the attempted murder of his mother and father Sunday evening at their residence in south Bossier, leaving his father clinging to his life.

Steve Hall II, 29, was located by Bossier deputies in the Elm Grove area near the intersection of Highway 154 and Highway 157 around 10:30 a.m. Monday and taken into custody without incident. Detectives had earlier obtained a warrant his arrest for two counts of attempted first degree murder of his mother and father. 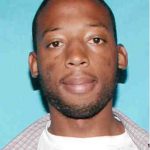 Around 9:15 p.m. Sunday, Bossier Sheriff’s detectives investigated a stabbing at the 100 block of Honeysuckle Lane off of Sligo Road, where, for unknown reason, Hall had allegedly stabbed his father and then his mother at their residence.

The father sustained stab wounds primarily to his neck and chest area, while the mom had stab wounds to her face and shoulder area. They were both taken to LSU Medical Center, where the father is listed in critical condition and the mother is stable.

Hall, who lives with his parents, had stolen his parent’s vehicle, but was captured this morning following an aggressive search for his whereabouts. He will be booked into the Bossier Maximum Security Facility with a bond of $1,000,000.