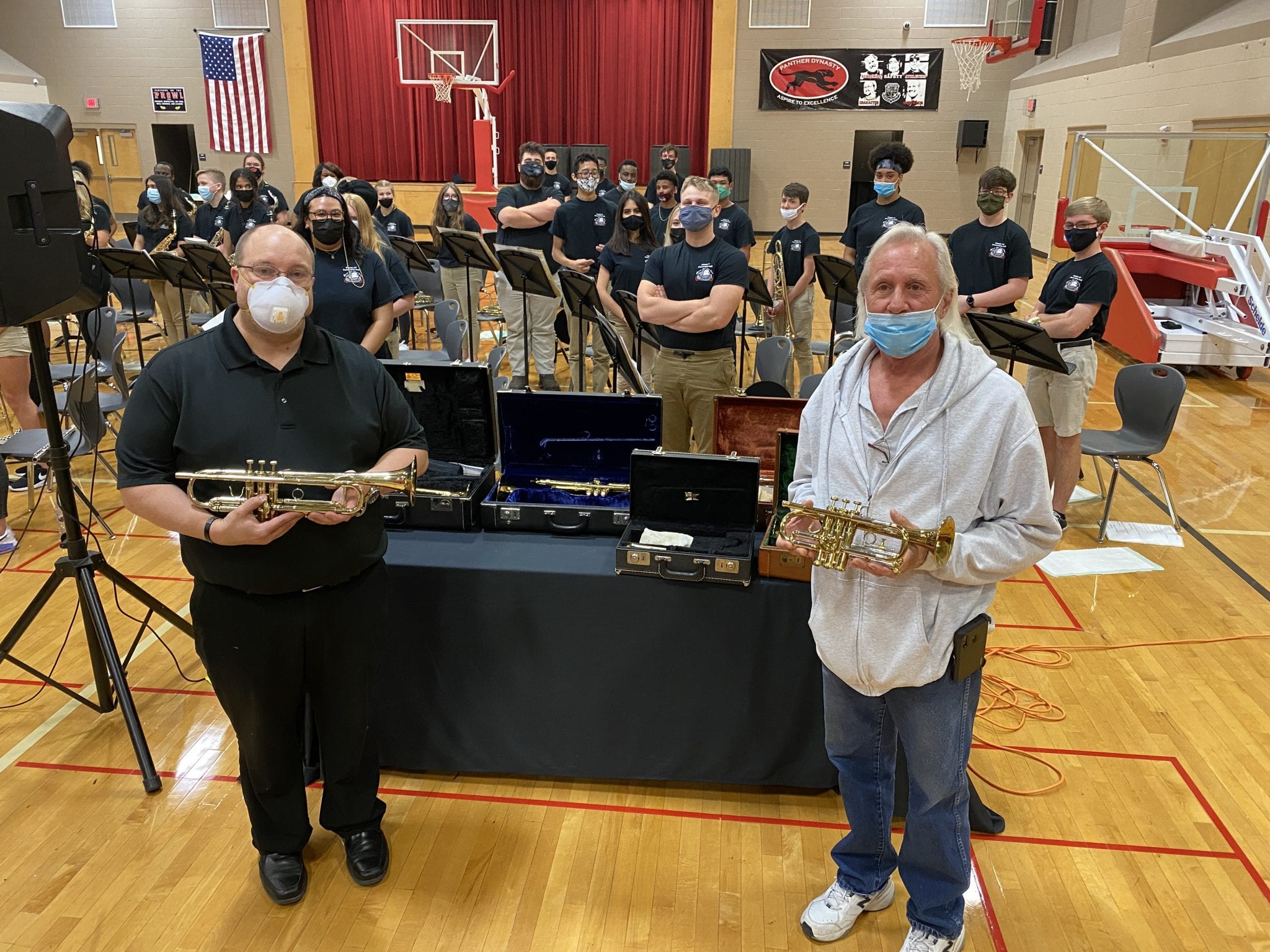 Parkway High School Band already had plenty to toot its horn about. Now, it has six reasons more.

Parkway alumnus Jeffrey Weaver, Sr. (pictured in white) reached out with a jaw-dropping offer. He wanted to donate his late father’s half-dozen trumpets to the Pride of Pantherland Band.

Making the donation especially significant was the elder Weaver was a career musician in the military, serving 25 years in both the U.S. Navy Band and U.S. Air Force Band. He acquired and played the custom-made instruments during his stint in the service, one dating back to 1956.

Weaver could have easily sold them for a lot of money, but chose to put them in the hands of youth to foster their love of music. He presented the trumpets to the Pride of Pantherland Band at a school ceremony, where student musicians put on a patriotic performance as a tribute to his late father’s service.

Parkway Band Director Mark Minton was awestruck by the history and craftsmanship of the trumpets and promised to invite Weaver back for a performance next school year when the instruments are in use.