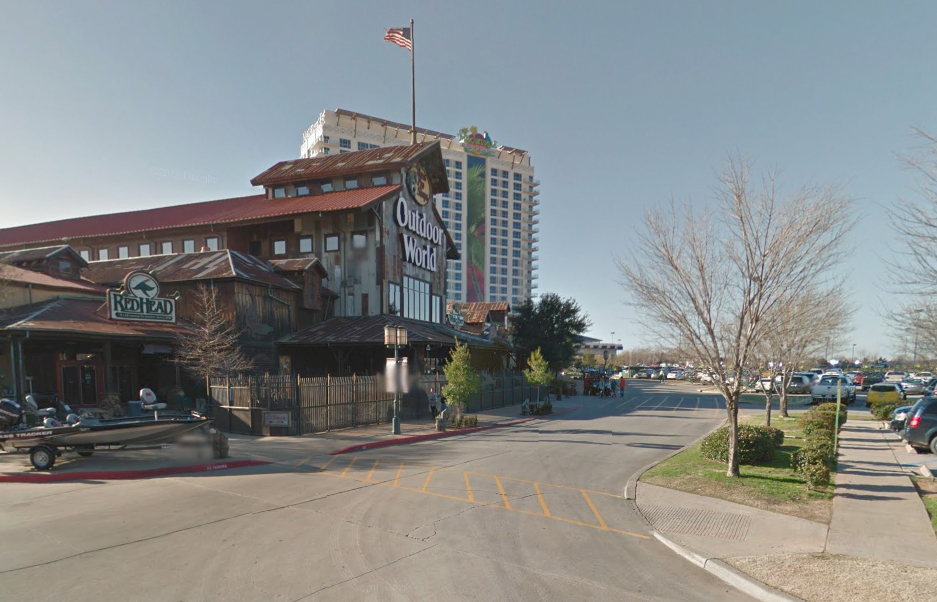 Bossier City Police are investigating a shooting in the Bass Pro Shop parking lot at Louisiana Boardwalk that left a man injured.

Officers were called to the parking lot around 6 a.m. Saturday for a report of shots being fired.

Milton told police that he was shot in the parking lot of the Bass Pro Shop after leaving Margaritaville Casino with an unidentified female.
As Milton was pulling into the parking lot, he told police a man that fired 3 to 4 rounds inside his vehicle, striking him once in the arm, approached him.

Police say Milton then drove to Shreveport, went to a relative’s house, and then to the hospital. He was treated at the hospital for non-life threatening injuries and since has since been released.

Bossier City Police Detectives are investigating the incident, reviewing surveillance video from the casino, and processing the crime scene.
The suspect is described as a white male 6’0” 200 pounds wearing a light colored shirt and blue jeans and in mid-to-late 20’s in age.

Anyone with any information is asked to contact Bossier Crimestoppers at 318-424-4100 or visit www.bossiercrimestoppers.org.