It feels like only yesterday that Bossier City’s soon-to-be marshal was waiting for the final votes to come in.

Jim Whitman, his wife Vicki and many of their family and friends anxiously waited at Sliver Star Steak House to see if Whitman was going to become the new Bossier City Marshal.

Looking back, Whitman says that he was nervous, but not nearly as nervous as his wife Vicki. Whitman’s supporters pulled through and on November 4 he became the new Bossier City Marshal.

It’s another position in a long line of service when Whitman began helping others at the age of 19 by joining the military and being stationed at Barksdale Air Force Base. Years later, he still believes in serving others as he is a member of the Knights of Columbus and the Lions Club. Whitman and his wife volunteer at the Church of Christ to serve the hungry. He is also actively attending St. Jude’s Catholic Church. 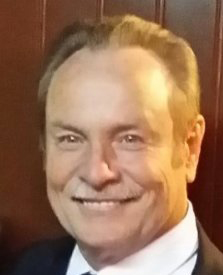 “Nothing that we go through on this Earth can compare what he [Jesus] went through. He went through, the whole gamut of a full life in 33 years, and he handled it with as much grace and dignity as anyone,” Whitman said.

He explains that working at the marshal’s office can have an effect on you emotionally. Whitman’s job duties include courtroom security and serving legal documents.

“Jesus is my number one inspiration,” Whitman says.

“You don’t like to go out on Thanksgiving and have to evict a family; the court order doesn’t ask if you want to, it mandates it and you have to go do it.”

There are rewarding parts of his job, like taking children off the streets from human trafficking. There are many sides to human trafficking, but Whitman and the Bossier City Marshal’s office focus mainly on the child prostitution side.

Whitman finds helping children get off the streets and back into stable homes is the most rewarding part of his job. He also works with adult prostitution stings. He believes that these women deserve a second chance and a new beginning at life. Whitman works with safe houses, which allow these women a safe place to sleep while also providing them with medical and emotional care.

Having people come up to him and him not knowing who he is still taking some getting used to for Whitman. He is excited about serving his community and getting to know the people who live there.

Robert Gatti, pastor of missions and evangelism at First Baptist Bossier has known Whitman for 10 years and has seen firsthand the godly work that Whitman has done. Gatti says that his friend is strong, humble and focused.

“He [Whitman] is a very godly man with a good heart and has a servant’s mentality,” said Gatti.

Whitman is excited for both his and the future of Bossier City.

Dallas Lampkin is a LSUS student who submitted this story to the Press-Tribune.