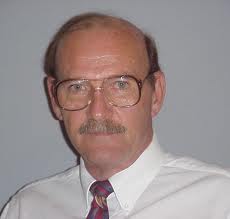 Democratic U.S. Sen. Mary Landrieu has donned her election fatigues and is ready for battle as she seeks a fourth six-year term in 2014.

The election may seem to be far in the distance, but Landrieu is appearing to be in full combat mode against two announced Republican challengers – so far.

She gave a rousing speech recently before a meeting of the Independent Women’s Organization in eastern New Orleans where she basically said, “It’s either me or another vote for the Tea Party in the Senate.”

The reference, of course, was to U.S. Rep. Bill Cassidy of Baton Rouge and retired Army colonel Rob Maness of Mandeville, the two Republicans who have officially announced they will challenge her. Maness has already received the endorsement of the Tea Party Leadership Fund.

Rumors still persist that Republican Gov. Bobby Jindal may decide to jump into the race, which would certainly change the dynamics big time and throw the Republican Party into total disarray.

To be sure, this could be Landrieu’s biggest battle to retain her seat. She is the number one target of the GOP leadership among the 2014 races. And the GOP has already spent millions to discredit her.

Landrieu is no stranger to fierce re-election campaigns. In her initial run for the Senate in 1996, she defeated Woody Jenkins by only a few thousand votes. In 2002, she defeated Suzanne Haik Terrell 52-48%, and in 2008, she won over four opponents in the primary, getting 52% of the vote. Republican John Kennedy had 46%.

Whether Jindal runs or not, it’s a good bet that Landrieu will use him as a reason why Louisiana does not need another Republican senator. She will tie Jindal’s failed policies around the necks of Cassidy and Maness.

At the meeting, she said, “What this governor has done and what the Tea Party threatens to do to undermine the safety net for the middle class in this country is breathtakingly cruel.”

Landrieu will not want for money. She already has $5 million in her campaign warchest and has set a goal of raising another $5 million by next year. There is no doubt that she will also receive significant monetary help from the National Democratic Party.

And she has two of the state’s biggest GOP contributors in her corner in New Orleans attorney Joe Canizaro and Lockport shipping magnate Boysie Bollinger. Both have decided to put party politics aside because of everything Landrieu has done for the state after Hurricane Katrina.

Landrieu said that none of her Republican challengers would have been able to deliver the millions of dollars she obtained to help restore the ravaged southern part of the state.

The fact that Landrieu is in a powerful position to help the state is something she will urge voters to think about. She holds important committee positions in the Senate, where seniority is still an important commodity.

While her Republican opponents will try to paint her as an Obama-supporting liberal, non-partisan watchdog groups categorize her as a centrist. In other words, a moderate among the current crop of senators.

Make no mistake about it. Regardless of one’s party affiliation, losing Landrieu in the Senate would be a blow to the state’s ability to benefit from federal aid.

Louisiana is ranked No. 1 in the nation for the worst level of gun violence, but that did not stop Republican Gov. Bobby Jindal from signing into law six new pro-gun laws last week. After all, he does not want the National Rifle Association on his case as he pursues national ambitions.

The most controversial of the lot was HB 8, authored by state Rep. Jeff Thompson, R-Bossier City. The bill imposes criminal penalties for public release of names and information related to holders of concealed handgun permits.

The media and Internet bloggers would be subject to a fine of $10,000, up to six months in jail, or both.

Legal scholars believe this law stands on shaky ground. They contend the state can’t be an absolutist on the Second and Fourth Amendments while whittling away the First Amendment, and it seems unlikely the law would withstand a legal challenge.

Here is a brief recap of the other bills:

*SB 135 and HB 717 is designed to keep weapons out of the hand of criminals and certain individuals who have been judicially determined mentally ill.

*HB 98 allows sheriffs to enter into reciprocity agreements with sheriffs in a contiguous parish where concealed handgun permits are also allowed.

Republican Gov. Bobby Jindal’s veto pen was extremely cruel to the disabled citizens of Louisiana. Nearly half of his 31 line-item vetoes cut money the Legislature had set aside for people with disabilities.

Among the veto victims was a program that provides at-home services to the developmentally disabled for which legislators had inserted $4 million.

In the recently concluded session, lawmakers had been sympathetic to requests for at-home and community-based services for individuals who can’t entirely take care of themselves and for families with disabled children.

Many of these individuals, some with children in wheelchairs, showed up at committee meetings, pleading with lawmakers to do something to help 10,000 developmentally disabled children on a waiting list that need around-the-clock care.

Jindal also cut $250,000 from the Louisiana Assistive Technology Access Network (LATAN), which works with disabled people to find technology that can help them work, study or cope with daily life, as well as funding to continue operations of certain children’s health clinics.

While the cuts seem insignificant in a $25.4 billion state budget, they are monumental to the disabled, who have fought for such funding for years.

The governor also vetoed money for arts grants, a requirement that local emergency preparedness offices get a share of a federal emergency management grant, and for aquatic weed control.

Jindal’s reasoning: He said the Legislature did not include enough funding in the budget to pay for the expected increase in existing Medicaid services these new health programs would create.