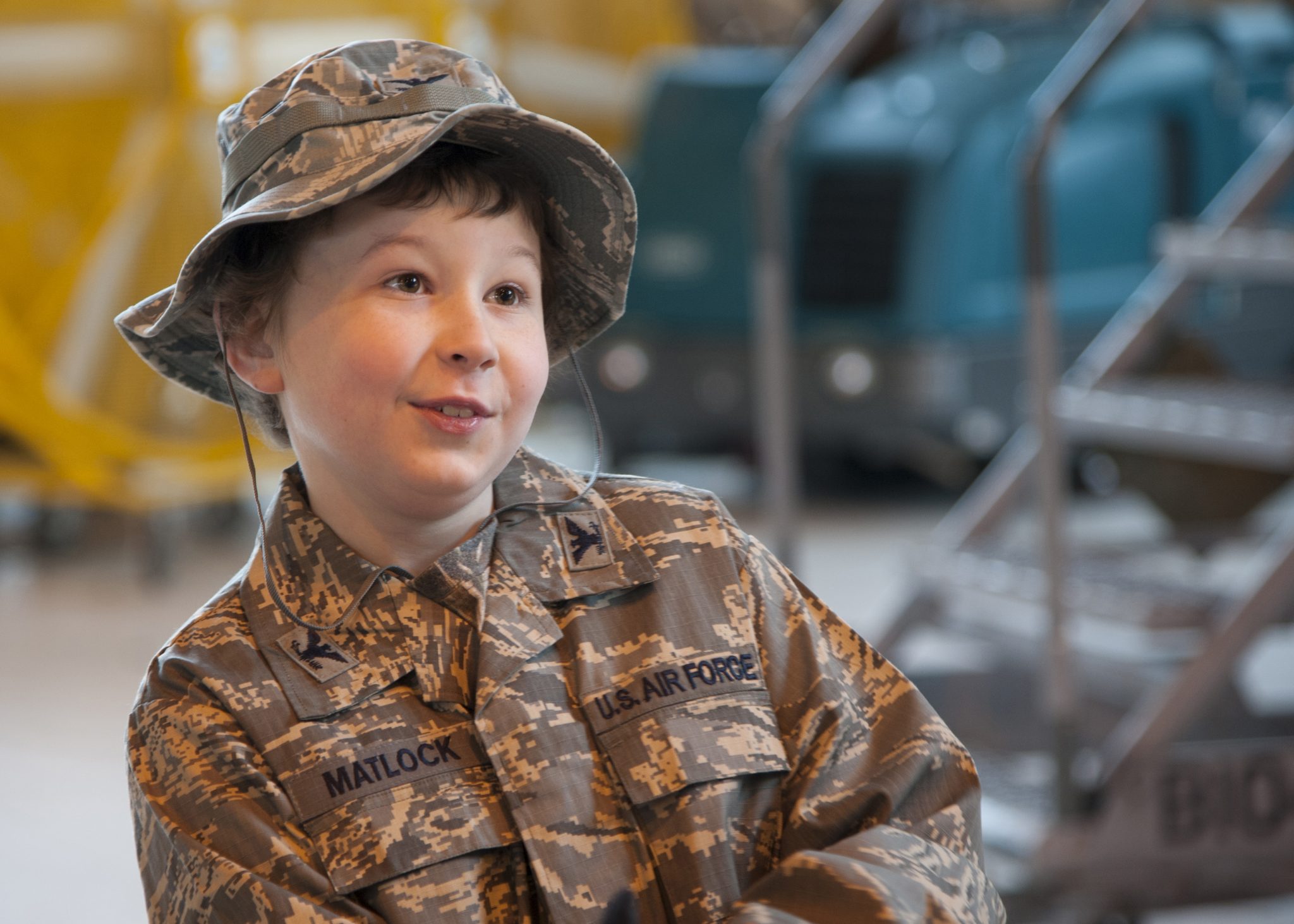 BARKSDALE AIR FORCE BASE — Children’s dreams know no boundaries. They may want to be a doctor, firefighter or even a pirate or ninja. As they grow older, however, their dreams become more realistic.

Maxwell Matlock, 10, a child diagnosed with a life threating cancer, known as T-Cell Acute Lymphoblastic Leukemia, dreams of becoming an Airman, and while that may be out of reach now, Barksdale maintainers did their best to push him in the right direction.

“I found out about him about a year-and-a half-ago. I coached him in baseball and wanted to do something special for him,” said Tech. Sgt. Mark Haines, 2nd Maintenance Group maintenance operation center NCO in-charge. “Anytime you get the chance to make a difference in a kid’s life, it’s something that we all should fight for. I live my life for every day; trying to make a child’s life better. To do that for Max means a lot.”

With the holiday season upon us, Max received many early gifts to help lift his spirits throughout the end of the year and into the next.

Max was first promoted to the rank of colonel, received his very own Airman Battle Uniform, and toured every nook and cranny of a B-52H Stratofortress.

“It feel’s nice,” Max said with an enormous grin. “I went in the planes, got pictures and looked around at everything.”

Without any fear, Max excitedly took on the challenge of walking across the wing of the B-52, and immediately after was taken to the flightline to see his very own name on the aircraft, “Commander Maxwell “Max” Matlock.”

“Thank you for all the stuff you showed me and everything that was done,” Max said.

While Max enjoyed the many perks of becoming an Honorary Crew Chief, it was his mother, Katherine Matlock, who was most thankful.

“It was awesome. It was amazing,” she said. “Just getting to see the smile on his face because he is all about the planes and he loves the military.”

Recently, Max talked about joining the military and this is a dream come true, she continued.

For a child with such a heavy burden to receive the Christmas gift of a lifetime, it’s his parents who worry the most.

“Max was supposed to be in remission after 30 days. He was not, which put him at high-risk for the leukemia to come back,” said Katherine. “It’s up to me to give him drugs, but when he hurts, when he’s sick, there’s nothing I can do about it because it’s deadly. This month we were told he has what’s similar to osteoporosis in a 70-year-old woman.”

Despite these findings, Max remains confident.

“He’s a lot more positive than me and his father,” she said. “He has a wonderful outlook on this. He says I fought this long, I’ll fight again.”

Although Max must deal with the harsh reality of his condition, he will continue to fly, fight and win.