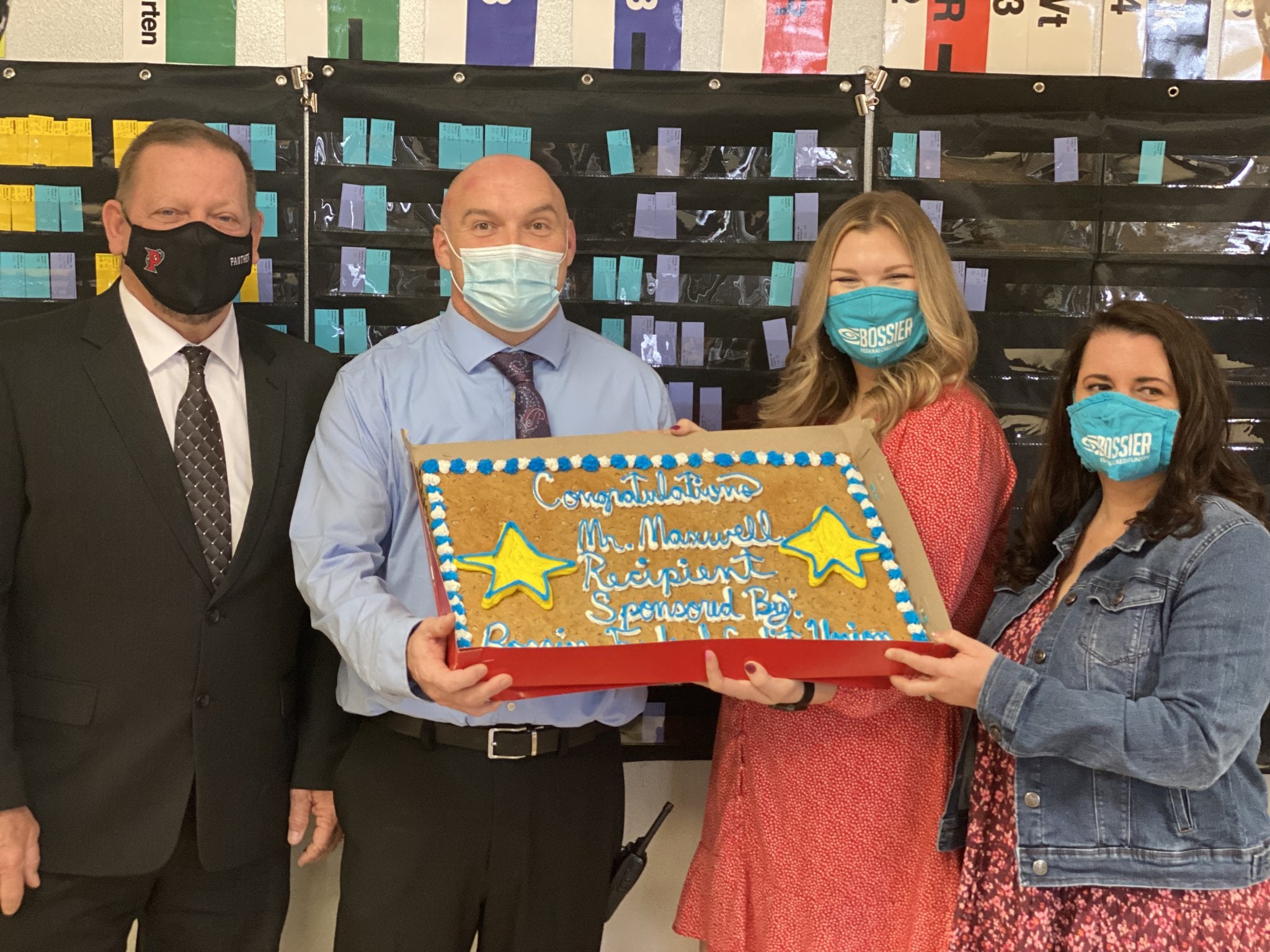 Chicago Bears’ founder, owner and coach George Halas once said, “No one that ever gave their best regretted it.”

Those are words Mitch Maxwell tries to live up to each day as principal of Waller Elementary. Since arriving on the scene, he has been a motivational force on campus and his infectious can-do attitude and enthusiasm have gained Maxwell a legion of fans.

“I want to give my best every day in hopes that others will as well,” he said.

An educator for 24 years who describes himself as “drawn to schools and programs described as underdogs in some way,” Maxwell was chosen as principal at Waller because of his vision for changing the school’s culture. He dove right in and immediately filled 16 vacant positions, a task others might call daunting but Maxwell labeled “an opportunity.”

“I took the lessons that I had learned from time as a teacher and a coach and applied them to building a ‘dream team.’ I wanted tough-minded people that had ‘never say die’ attitudes,” Maxwell explained. He went on to say, “We have assembled a staff with diverse backgrounds and experiences and this staff has become a family. Being surrounded by people that believe in each other and that believe in our children is the key to any future success that we will have.”

That ‘dream team’ certainly believes in their leader; so much so, they wrote powerful testimonials about why Maxwell should be named Bossier Schools’ Gold Star recipient.

Julie Frederick could not agree more.

“Throughout my years in education, I have worked with some amazing people, but none like this,” Frederick attested. “There is not a single day since I took this position where I have not seen servant leadership in action. There has never been a time where he will ask a single staff member to do something he, himself, will not do. Since coming to Waller I have seen him help the custodians dig ditches, empty shelves and cut the grass.”

Maxwell is credited for bringing fun and laughter to the day as well, and keeping his faculty engaged and enthusiastic, both during the mandated school shutdown to the present. One favorite memory was when he dressed as ‘Maxwell Cottontail’ in a pink rabbit costume and left surprises on teachers’ doorsteps throughout Shreveport/Bossier. It was also during quarantine he earned the nickname ‘Wildcat King,’ a hilarious term of endearment that remains an inside joke among his staff; and then there are the Friday treats everyone eagerly anticipates.

Assistant Principal Nichole Nuccio wrote, “Mitch held us together as a family and we were able to be in a safe and confident position to welcome our students back in August. He also kept us moving forward, showed us that we serve a purpose even when the doors are closed and made us hopeful. If you have spent any amount of time in our school building or on our social media page, you have seen that Mitch has created a learning environment like no other. Our school is a caring, positive place that meets all needs of all people and it’s just FUN!”

It is not just the staff, but students and parents that equally adore Maxwell. So, when surprised with the news he won the Gold Star employee award for February, they were all in on it — watching and applauding him virtually and on social media. It is more proof Maxwell has achieved what he set out to do; change the culture of Waller Elementary.

“My process has always been about showing others how great they can be. When people have someone that believes in them even when they don’t believe in themselves, they can overcome any obstacle and persevere through any challenge,” Maxwell said.

He went on to add, “Being principal at Waller has been a tremendous blessing for me. It is a very challenging position, but to me the challenge is the greatest reward. Seeing the ‘a-ha moments’ for students in the classrooms, offering support and guidance to struggling teachers, seeing a little magic twinkle return to the eyes of a child or an adult all serve as powerful motivators.”

Thanks to Maxwell, the magic has returned for Special Education teacher Kelly Hanus.

“In 24 years I have never taught for a principal, or should I say LEADER, like Mitch Maxwell,” Hanus wrote. “We all have potential in us, but a true leader brings it out! Maxwell is a LEADER. He makes us want to be better teachers/humans and he truly leads by example. He took a staff that was weary and overwhelmed and brought us hope … hope that we can be what our students need. Mitch Maxwell does this every day and we all are better because of his leadership and compassion.”

Editor’s note: Know someone who works for Bossier Schools that is deserving of recognition for going above and beyond? Nominate them for the Gold Star award, proudly sponsored for the last nine years by Bossier Federal Credit Union. Just go to https://www.bossierschools.org/goldstarnews and tell us what sets them apart.