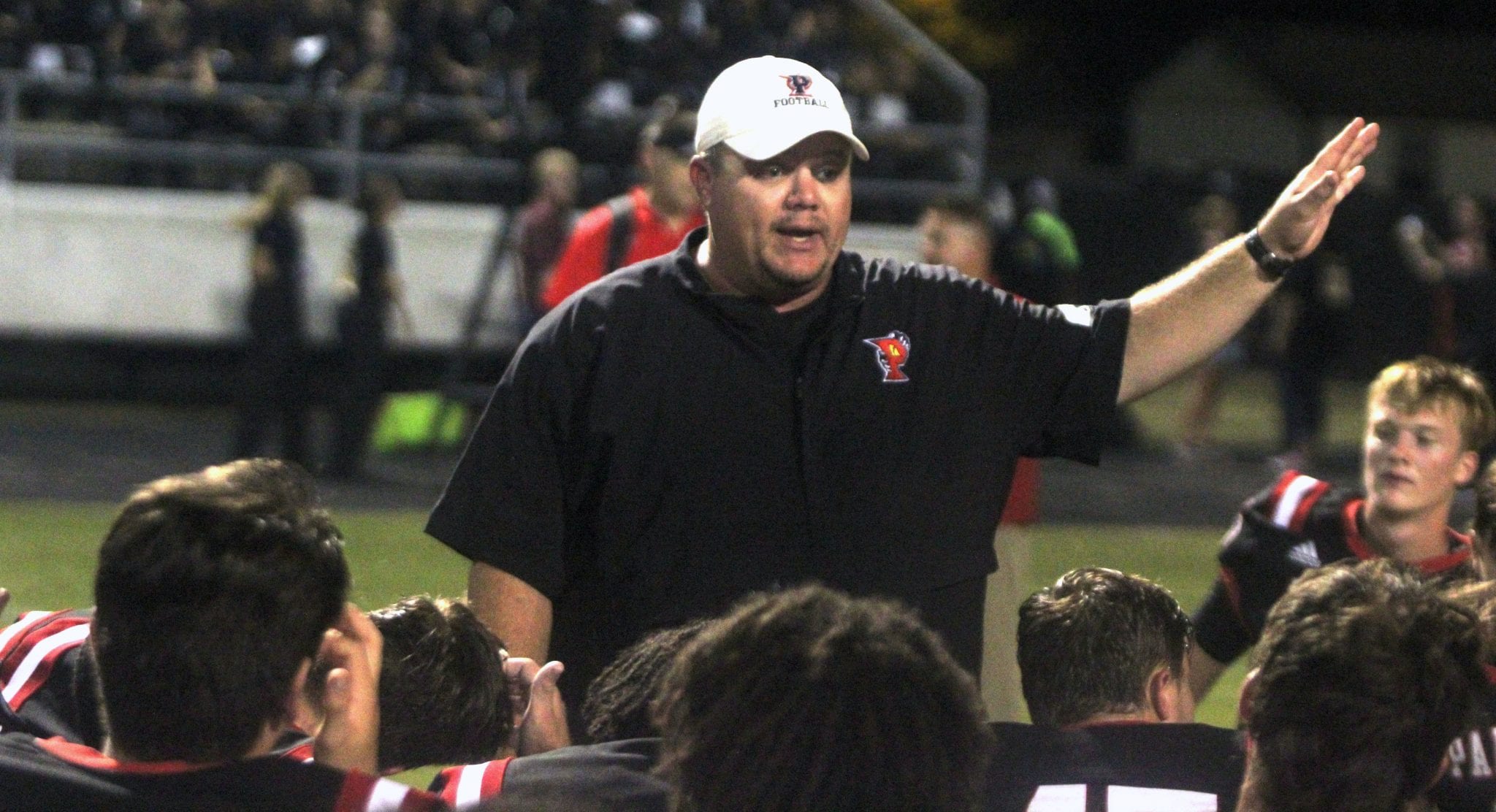 Neil May has resigned as head football coach at Parkway after three seasons.

“This was the first year in my coaching career that I was just a manager and not coaching a group and I realized that was not what I enjoyed about coaching,” May said in a text message.

“With the passing of my father this season, I am going to fulfill a promise I made to him to get a Masters degree and pursue an administrative role. I will continue to serve as a teacher and soccer coach at Parkway.

“I want to thank everyone at the wonderful school of Parkway High for the opportunity. I could not have asked for more support from the school and community during my tenure as Head Coach. Parkway and SoBo are truly a special place to live and raise a family.”

May was named head coach in March of 2017, succeeding David Feaster. He was the defensive coordinator for eight seasons before that, helping the Panthers reach the Class 5A state title game in 2013.

In his first season as head coach, Parkway went 5-6, losing to Barbe in the first round of the playoffs. That season, the Panthers lost highly recruited quarterback Justin Rogers and receiver Terrace Marshall Jr. to injuries in the first two weeks of the season.

This past season, Parkway went 4-6. The Panthers faced some off-the-field challenges that resulted in one key offensive player transferring in midseason and a change at quarterback in the final two games.