Bossier and Caddo Parish leaders are making an early push for a proposition on the November general election ballot.

Bossier City Mayor Lo Walker and Shreveport Mayor Ollie Tyler are in strong favor of the hotel occupancy tax and are working ahead to educate the public on the economic impact it would have on northwest Louisiana if passed this fall. Both, however, stressed that this is not a tax on the citizens of Bossier and Caddo, but a tax on visitors staying at local hotels, motels and campgrounds. 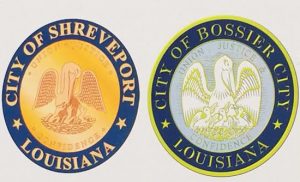 The hotel-motel proposition could generate an economic impact of several million dollars. The current proposal would increase the hotel occupancy tax from the current 4.5 percent to 6 percent – which is levied and collected by the Shreveport-Bossier Convention and Tourism Bureau. Mayor Tyler said that amounts to an approximate $1.10 addition per night, per room on a guests’ bill.

Even with the increase, Tyler said Shreveport-Bossier would still have “the lowest average daily hotel rate (approximately $74) of any major Louisiana city.”

The additional 1.5 percent collected would be divided evenly between the Ark-La-Tex Regional Air Service Alliance (RASA), the Independence Bowl Foundation and the Shreveport-Bossier Sports Commission. Tyler stressed that each of these groups have a profound impact on the community. “Think about it – when we bring in quality sports teams, they eat in our restaurants, live in our hotels, go shopping, visit our casinos. All of those are key factors in driving our regional economy,” she said. “We thank those who were in support of this before, but we are asking for you help once again.”

The “no” votes cast by Bossier Parish voters in November 2014 were enough to defeat the tax increase in the two-parish election. Both parishes must pass the proposition in order for it to pass.

Both Tyler and Walker hinted that lack of education on the proposition may have been a contributing factor to why it did not pass last year.

“The [citizens] will not be paying this tax. I will repeat that wherever I go,” Tyler said.

Walker agreed, adding that there was not enough information presented to the public in the 2014 election.

“This is good for our economy and I support it entirely,” Walker said. “We are going to be proactive this time.”

RASA will utilize the funds in their efforts to make air travel more convenient and competitive through the expansion of hub destinations. Officials say connecting flights to places like Chicago and Washington D.C. will have a great impact on Barksdale Air Force Base, which recently landed its first 4-Star General, as well as CSC near the Cyber Innovation Center in Bossier City.

In addition, the Independence Bowl will receive funding for the promotion of Division 1 football events in an effort to attract more top-tier teams with great fan followings, allowing Shreveport-Bossier to maintain its presence on a national level. The Shreveport-Bossier Sports Commission will use funds to attract high-end, quality sporting events, stimulating job growth to the region.

Tyler, who was not in office during the 2014 vote, is holding onto a “we will” attitude going into the November election.

“If this community is to thrive and grow economically, both Caddo and Bossier must pass this proposition,” Tyler said. “We’re committed to getting this done. We are standing together because this is our community and we can help ourselves without spending a single penny with a simple ‘yes’ vote.”