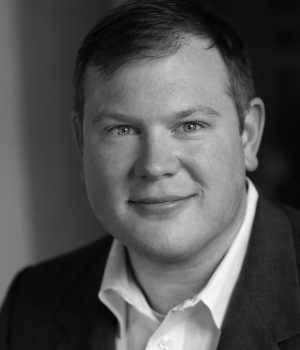 Louisiana actually grew, from 2010 to 2020, which was an unexpected turn of events considering the multitude of recent reports (mostly post-2015) that showed net losses in residents – mostly moving to Texas.

Why did they move to Texas? Mostly economic opportunity, if the reports are to be believed in their synopsis. The numbers, however, do not lie – census data shows that northern Louisiana and most rural parishes are losing citizens at a steady rate.

So the high-level answer, at least in the near future, to the question of whether or not Louisiana will continue to gain residents seems to be all-but-answered – recent history tells us the answer is ‘no.’

But, much like the steady loss of Louisiana’s delta, the total egress year-over-year is small, and barely manages to hit the radar of the average citizen. The ‘doomsday’ pictures of Louisiana in 100 years showing Baton Rouge as a coastal town just don’t have the same chilling effect when John Q. Public just wants a new bridge over the Amite into Baton Rouge.

But, that loss affects the people of Louisiana whether they like to admit it or not. In the case of the ever-eroding delta, it gave Hurricane Ida more time over water to draw strength, and more low-lying landmass to bring storm surge with it – called ‘brown watering.’

On the population loss side, the state is threatened with losing congressional seats, a lower population at entry-level jobs, and economic malaise in the middle class job market.

One could also argue an economic issue with lower-class jobs, as well, due to younger people leaving an unable to fill entry-level positions. Most reports cite post-graduate level students taking their leave from the Bayou State.

Louisiana has options, none of them fun, easy, or affordable to help change this narrative, but if history holds – most of the potential will be caught up in bureaucratic tedium.

First, start with disaster resilience and preparedness. Ida has, once again, shown just how vulnerable Louisiana is as a state. It’s also showed that the ever-disappearing delta cannot be allowed to continue. No storm has ever hit the Baton Rouge area quite like Ida did, and that’s due the brown watering phenomenon discussed earlier.

Louisiana cannot afford to hit ‘reboot’ for huge sections of some the largest cities in the state, every year, after disasters.

Second, roads. Did you know that, when Cook Road Extension in Livingston Parish finally sees the light of day it will be the first east-west lateral road built in roughly 90 years? That’s a shame, and it shouldn’t be that way, but year-in and year-out Louisiana residents hear the back-and-forth excuse from DOTD and the legislature – the money isn’t there.

So a proposed gas tax increase is supposed to solve the problem – and yet it doesn’t, only putting in enough for the state to catch up with projects in which they are currently behind… and it will only take 60 years!

The legislature and DOTD must take action with real, tangible suggestions on how to fix the infrastructure issues in this state. Every major city has them, and the economy struggles as a result.

Speaking of ‘old Louisiana ideas that just won’t die,’ it’s time for the Bayou State to move away from oil and gas – or develop some hefty trade relationships with third-world countries.

This won’t be popular, and it makes sense, almost 50% of the Louisiana population relies on the O&G sector to make a living, but it’s time to start preparing for the future and Louisiana has just those two options.

If, by chance, you think that’s ridiculous, try this one on for size – the Kingdom of Saudi Arabia is investing $3.2 trillion into their country, over the next 10 years, to expand tourism.

Why? The worldwide push to move away from fossil fuels.

Why is that important? Saudi has built their entire fortune on dinosaur remnants, but are hedging their future on other sectors.

Education is so tied to federal mandates and funding structures that it’s almost impossible to make a suggestion, but any suggestions citizens might have for the state of Louisiana’s system is almost assuredly welcome.

But, last and certainly not least, is the tax structure. Right now Louisiana hits all of the high points – property, income, and sales tax. In most states, at least one of those doesn’t exist. Take, for instance, Texas and Florida (both of whom are taking the majority of Louisiana’s residents). Neither state has income tax, both have roughly half the sales tax of Louisiana, but they each have much higher property taxes than the Bayou State.

With a clean sales tax system in both places, it’s clear to see why businesses prefer those climates – and why individuals continue to leave Louisiana for greener (and less chaotic) pastures.

Both Florida and Texas have their problems, to be sure, and they suffer from natural disasters as well. But you never hear about the months-long recovery or the years-long corruption scandals because, while they do happen, they aren’t the norm.

If Louisiana chooses to continue to sit on these problems and do nothing, then the state will continue to move backwards. In the beginning, the Bayou State has to learn how to truly maximize federal dollars for infrastructure and disaster resilience. Every penny that can be found in grants and from FEMA must be utilized.

There’s a saying – the best time to act was yesterday, the next best time is now. Louisiana doesn’t have much time to right the ship before younger generations get used to – and buy into – the constant berating of Louisiana and it’s problems.

It’s past time to fix these issues, one at a time.

McHugh David is publisher of the Livingston Parish Journal.