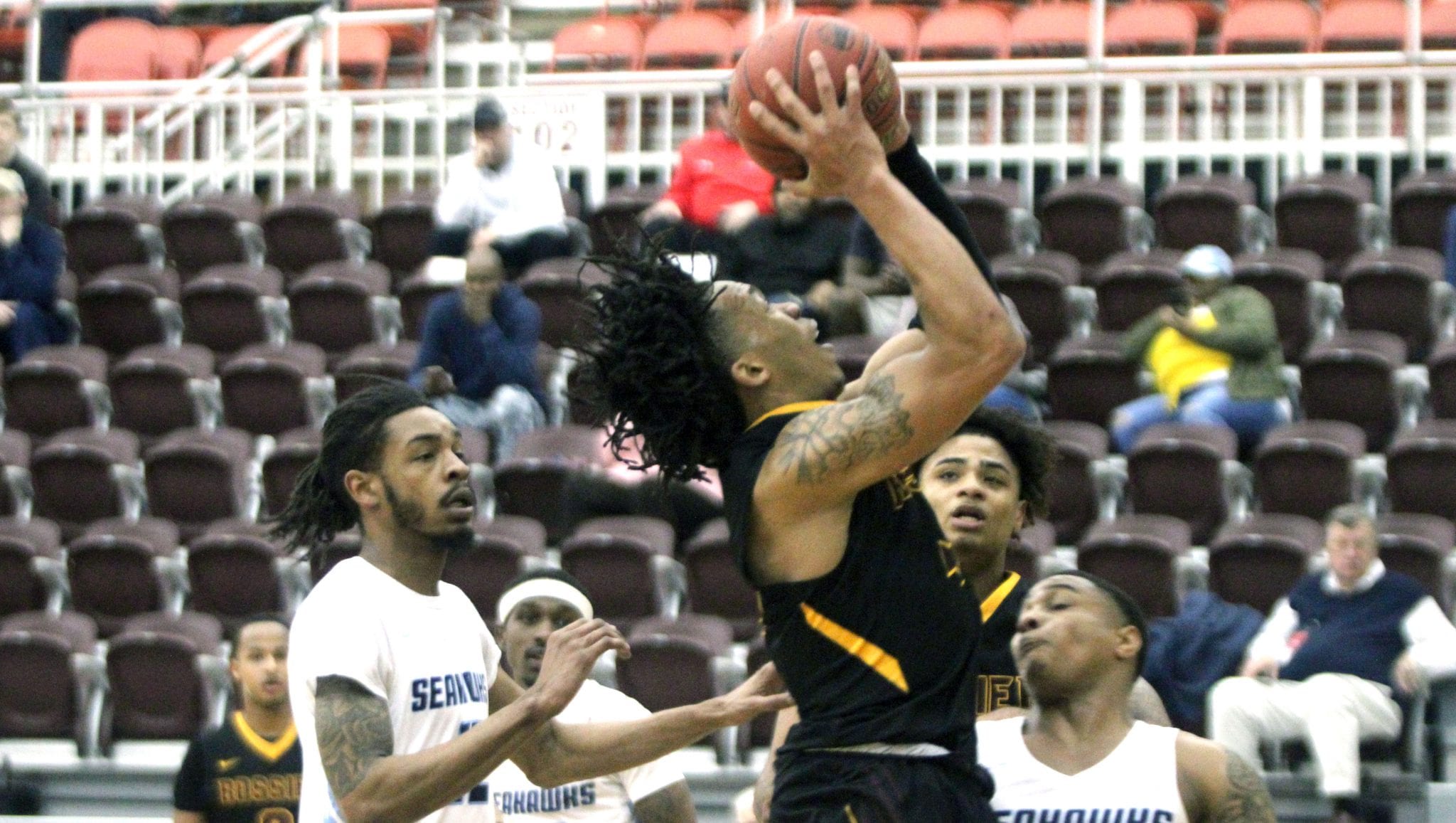 With just over four minutes left, the Bossier Parish Community College Cavaliers and the Lamar State College-Port Arthur Seahawks were deadlocked at 74 in their first-round Region XIV men’s tournament game.

Throughout the game, neither team had been able to go on a big run and get separation. But that changed after the tie. Lamar State went on a 13-2 run en route to a 90-84 victory.

The game was the final one of four men’s games at the Centenary Gold Dome on the first day of the tournament.

The men’s tournament continues Thursday. Kilgore plays Navarro at 1 followed by Angelina vs. Panola at 3, Trinity Valley vs. Jacksonville at 6 and Lamar State vs. Tyler at 8.

BPCC got into an early hole but quickly climbed out and tied the game at 20. The Seahawks led 34-27 with about four minutes left to play in the half, but the Cavs finished strong and trailed 39-37 at the break.

Lamar State stayed in front most of the second half. The Seahawks led by as many as seven but couldn’t shake the Cavaliers until the late run.

Eric Parrish, a sophomore guard headed to Nevada, led BPCC with 25 points. He was 5-of-11 from 3-point range and also led the Cavs with seven rebounds.

Trinity Valley’s Tyson Jolly, one the nation’s top JUCO prospects, had one of the day’s best performances with 28 points against Lee. He was 10-of-20 from the field.