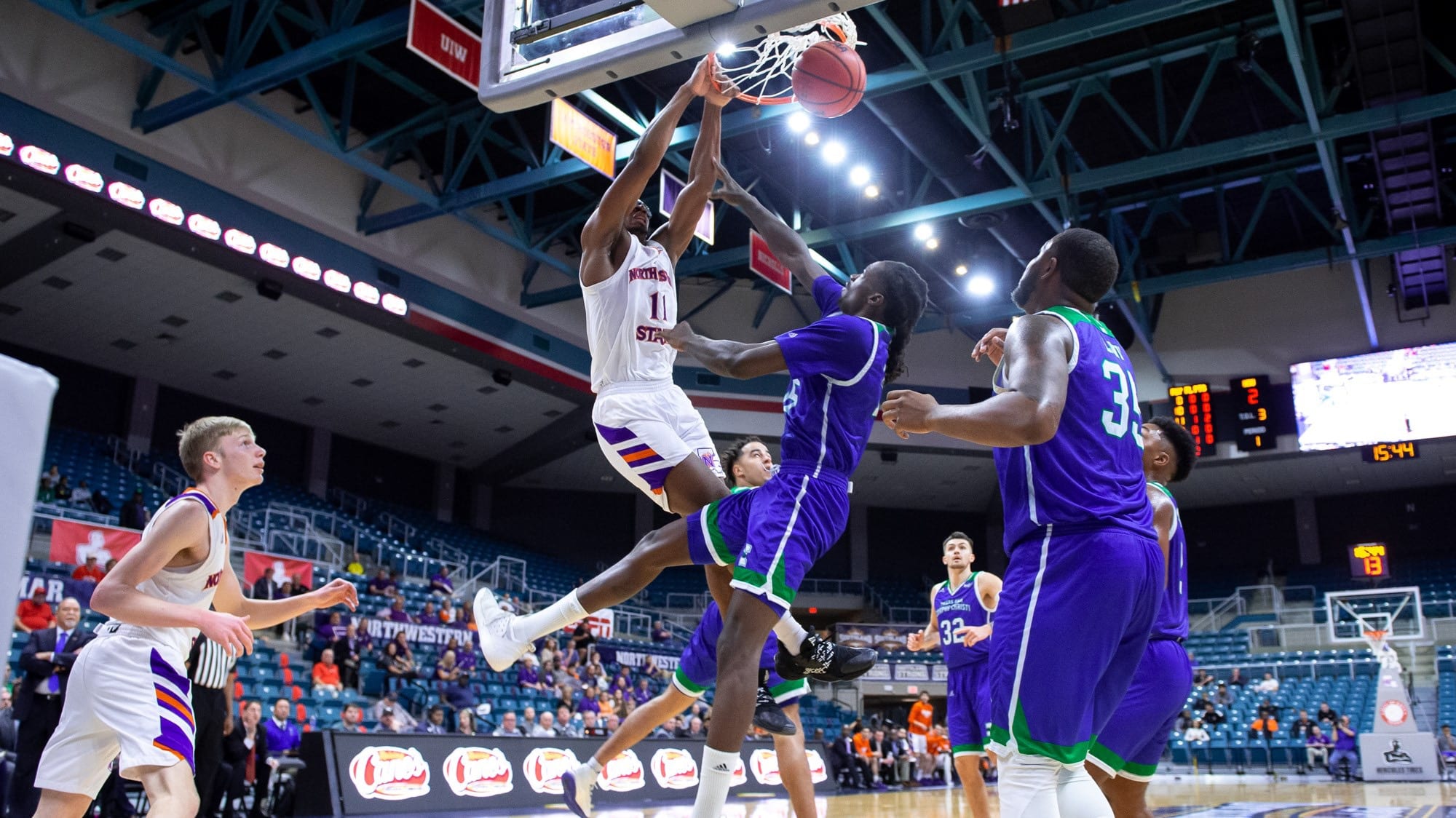 LUBBOCK, Texas – The first 10 minutes of Wednesday night’s season opener went about as well as the Northwestern State men’s basketball team could have asked.

The Demons kept things close against No. 14 Texas Tech for much of the first half, but the Red Raiders overwhelmed NSU late in the first half, setting the tone for a 101-58 victory at United Supermarkets Arena.

The Red Raiders (1-0) closed the half on a 21-3 run, opening a 28-point halftime lead that the Demons could not recover from.

“I thought the first 14 minutes we played extremely well,” said Mike McConathy, who coached his 22nd season opener at NSU. “We had some turnovers that led to easy buckets, and they turned those into about 25 points in the first half and ended up with 31 points off turnovers. We were very lackluster with the ball and didn’t rebound.”

Texas Tech opened the second half with a 14-3 run across the first 4:24, extending the lead to 29 points.

Northwestern State (0-1) helped the Red Raiders by committing 19 turnovers, which Texas Tech turned into 31 points, a 21-point advantage in that category. The majority of the Demons’ turnovers were live-ball miscues, helping spark the Red Raiders’ transition offense.

Texas Tech tallied a 19-3 advantage in fast-break points and shot 54.3 percent from the field.

The late first-half run came after the Demons were within 10 points with 6:46 to play in the first half. At that point, Northwestern State had answered every Texas Tech challenge. The Demons connected on 10 of their first 20 shots from the field before making only 1 of their final 13 tries.

Freshman Kendal Coleman provided a bright spot for the Demons, especially in the second half. A Shreveport-Captain Shreve product, Coleman flirted with a double-double, scoring eight points and grabbing a team-leading 10 rebounds.

“We had some good moments out of a couple of guys,” McConathy said. “Jamaure did some good things Kendal Coleman with 10 points and going 3-for-7 from the floor. He went up and got a couple of big rebounds as well.”

The Demons return to action Saturday when they face former Southland Conference rival UT Arlington in NSU’s first game of the Louisiana Tech Classic in Ruston. Tipoff for that game is set for 3 p.m.