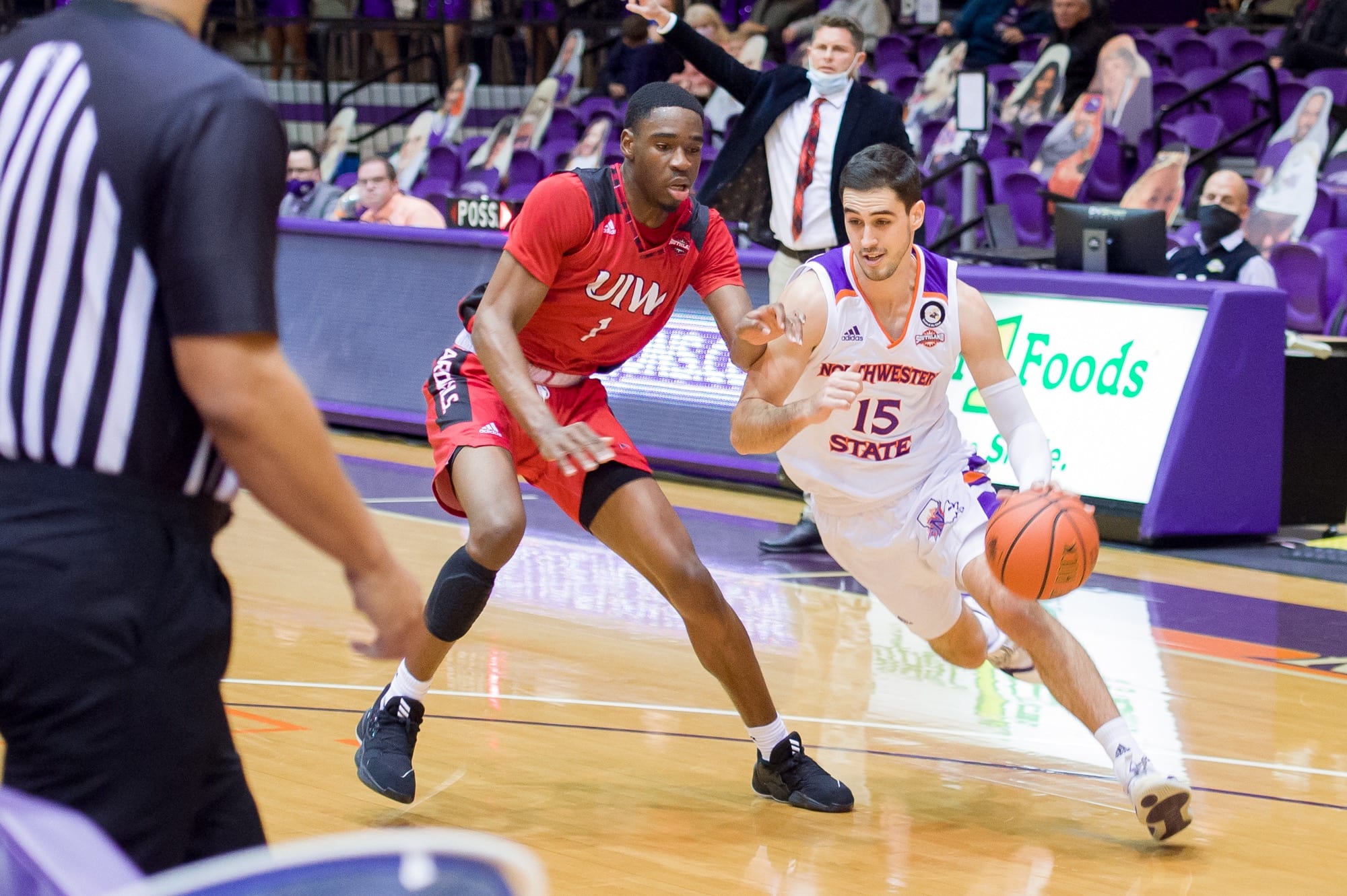 NATCHITOCHES – The Northwestern State men’s basketball team has taken a step-by-step process to the start of Southland Conference play.

While nowhere near a finished product, the Demons will try to hang on to the momentum they created in their most recent game when they host Nicholls at 6:30 p.m. inside Prather Coliseum.

“I’m really proud of the guys because we put a complete game together,” said 22nd-year coach Mike McConathy, whose team plays just its fourth home game of the season. “We didn’t start great, but it was a situation where we weren’t doing the little things. We locked in and got in a position to where we could.

Wednesday’s game is presented by the Louisiana Lottery and The Quad, which will award one student free rent for the fall 2021 semester. The game can be heard on 95.9 FM and the Demon Sports Network. Free streaming audio and subscription video are available at www.NSUDemons.com and through the Northwestern State Athletics mobile app, which can be downloaded free for Apple or Android devices.

The Demons (2-12, 1-2) found offensive balance in a 78-75 win against McNeese this past Saturday with three players scoring 13 points and another adding 10, marking the first time since Dec. 22 that at least four NSU players hit double figures.

Among the trio of 13-point scorers were Jamaure Gregg and Jovan Zelenbaba, both of whom played key roles in the Demons’ 60-percent second-half shooting performance, specifically once the Cowboys shifted to a zone defense.

“We adjusted and got some easy buckets,” McConathy said. “Jamaure gets a dunk, then we get a driving layup and a pop to the elbow from Jovan.”

As the Colonels (4-5, 2-1) come calling, Northwestern State will try to notch its first back-to-back victories of the year and build on its most complete performance of the 2020-21 season.

“We’ve got to be able to stack games,” McConathy said. “Everybody has to put good games together, and they need to put them on the same page. Jamaure had 11 rebounds last Wednesday (against Incarnate Word) and then had 13 points on Saturday against McNeese. That’s growth to put back-to-back good games together. We’ve got to make sure we do that.”

With a veteran roster, the Demons would seem to have the chemistry to do so.

Meanwhile, the Colonels have built their roster in a different way, continuing to mine the transfer market successfully.

“Coach (Austin) Claunch has done a tremendous job of meshing together players from different backgrounds,” McConathy said. “My hat’s off to him. That style works for him, and he does a great job with it. They have great players, great athletes. They’re a handful to deal with.’

Despite the transfer-heavy nature of the Nicholls roster, it is one of the longest-tenured Colonels who drives the Nicholls attack.

“He is one of my favorite players in the league,” McConathy said. “I just enjoy watching him play. He has a big heart and really competes. He’s a special, special player who creates a lot of problems for whoever he plays against.”