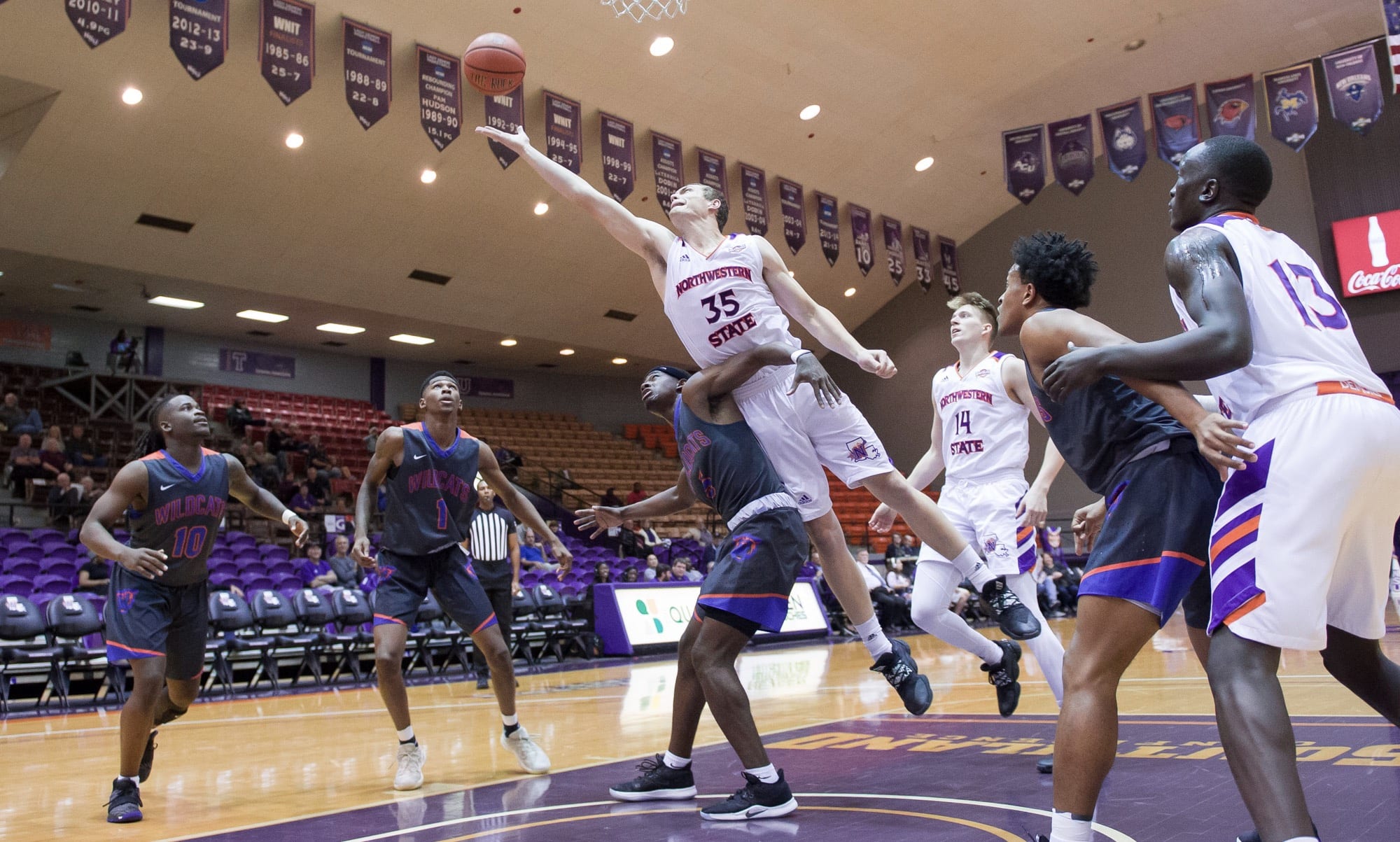 LUBBOCK, Texas – When the Northwestern State men’s basketball team tips of the 2020-21 season at 6 p.m. Wednesday against No. 14 Texas Tech, it will mark a bit of a full-circle moment.

Eight and a half months earlier – 259 days to be exact – the Demons finished off a 79-62 win against Texas A&M-Corpus Christi in the first round of the Southland Conference Tournament in Katy, Texas, in what became the final NSU sporting event of the 2019-20 calendar.

So it is somewhat fitting that the 22nd edition of Mike McConathy’s Demons take part in the first 2020-21 competition for a Northwestern State team.

“We’re extremely excited about getting to play,” said McConathy, whose team won seven of its final 10 games of the 2019-20 season. “We’ve been practicing a good, long while – like every other team in the country – without any scrimmages or exhibition games. The opportunity to play is what young people dream of doing.

“As coaches, we get to get our team on the floor to see where we need to develop and get right heading into conference play. The non-conference is so important in developing who you are as a team, especially the opportunity to play a team as high a caliber as Texas Tech.”

The game will stream on ESPN+ and can be heard on 95.9 FM Kix Country as well as the Northwestern State Athletics mobile app. Longtime announcer Patrick Netherton will handle the play-by-play call of the game on the Demon Sports Network.

The Red Raiders, 18-13 a year ago, are less than two seasons removed from a national runner-up finish and are ranked in the top 15 in both major national polls.

Texas Tech is one of two preseason top 25 teams on the Demons’ schedule, joining preseason No. 1 Gonzaga, whom the Demons face Dec. 21 in Spokane, Washington. As a veteran coach, McConathy knows the value of challenging non-conference schedules.

His upperclassmen have gleaned that information as well.

“I love playing in non-conference games,” said junior forward Dalin Williams, who will play his second career game in United Supermarkets Arena, which sits 185 miles south of his hometown of Stinnett, Texas. “You get a chance to go head-to-head with some of the best teams in the nation. You get to see how you respond against teams like that. You make plays of your own, get defensive stops, and it gives you confidence going into conference play.”

Williams is one of six Demons (15-15 a season ago) who were on the roster in December 2018 when Northwestern State made its most recent appearance in Lubbock. The nine points Williams tallied in 24 minutes remain his career high while his six rebounds are the fourth most he has grabbed in a game.

A 6-foot-9, 220-pounder, Williams echoed his coach’s sentiments about finally getting to return to the court after a longer-than-normal offseason. Given that it comes close to his hometown only amped up Williams’ excitement level.

“Texas Tech is probably the closest D-I team to my hometown,” he said. “Everybody back home loves Texas Tech. It’s so exciting to get to play against a team your friends and family grew up loving and watching. Having that opportunity to play against high-caliber players is special and exciting.

“We’ve had unfinished business since last year when the postseason got cut short. We feel like we didn’t get to do exactly what we wanted, and we have a later start to this season, so we’re excited.”