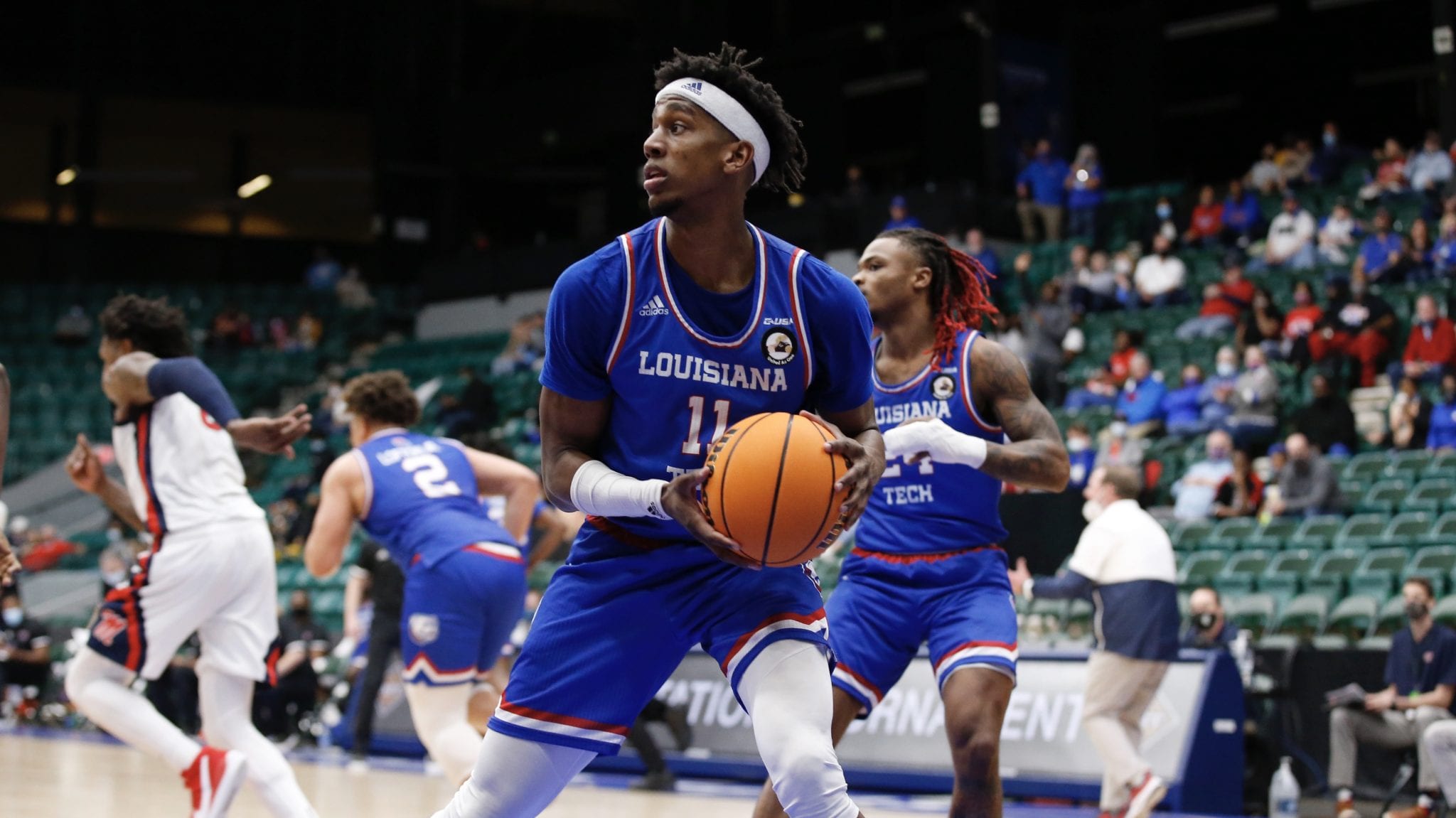 RUSTON – Louisiana Tech attempts to make its second trip ever to the NIT Final Four when they face WKU in the quarterfinals on Thursday night at 9 p.m. inside the Comerica Center.

The matchup between Conference USA division champions will be broadcast live on ESPN2 with John Schriffen and Fran Fraschilla calling the action.  Fans can also listen to Malcolm Butler and Jack Thigpen call the game through the LA Tech Sports Network on KXKZ 107.5 FM and the LA Tech Athletics app.

LA Tech (22-7) advanced to the quarterfinals by upsetting top-seeded Ole Miss, 70-61.  The Bulldogs overcame a 10-point halftime deficit, outscoring the Rebels, 43-24, in the second half.

In the victory, the ‘Dogs forced 21 turnovers (second most this season) while amassing a season-high 15 steals.  The 15 steals was the most against a D1 opponent since 2016 and the most ever by the team in a postseason game.

“I was proud of our guys effort,” said head coach Eric Konkol.  “Throughout all the swings in that game, from getting a 10-point lead and then falling behind by 10 at halftime, the team scratched and clawed to get back into it.  We were then able to make just enough plays down the stretch to come away with a very good win.”

Kenneth Lofton, Jr. had arguably the best game of his young career, recording a career-high 22 points to go along with a team-high seven rebounds.  It was his 19th double-digit scoring game and his third 20-point scoring performance of the season.

Thursday’s game may very well come down to the paint.  Thanks to Lofton, Jr. and Co., the Bulldogs have owned the paint, outscoring their opponents in 21 of the 29 games.  They are averaging 32.4 paint points on the season (scored 36 against the Rebels).

Then there is WKU (21-7) and All-American center Charles Bassey who tend to dominate the paint on defense, ranking top 35 in the country in blocks per game (4.5) and rebounding margin (6.6).

Bassey, who was also the C-USA Player of the Year and C-USA Defensive Player of the Year, anchors the Hilltoppers with 17.7 points, 11.4 rebounds and 3.1 blocks per game.  He had 19 points and 11 boards in the team’s 69-67 first round win over Saint Mary’s.

The two teams had two epic battles in Bowling Green, Kentucky back in early January.  WKU won game one, 66-64, but LA Tech bounced back the following day and got the victory, 63-58.

Round three is sure to be similar, but also with some slight differences.

“We have evolved and so have they,” said Konkol.  “They are different a little in the way they are structured, but they are still centered around Charles Bassey.  He is someone we have to figure out how to contain.  Other things they are doing is very similar.  They are a great team that is playing great basketball.  It provides a great matchup on national television on Thursday.”