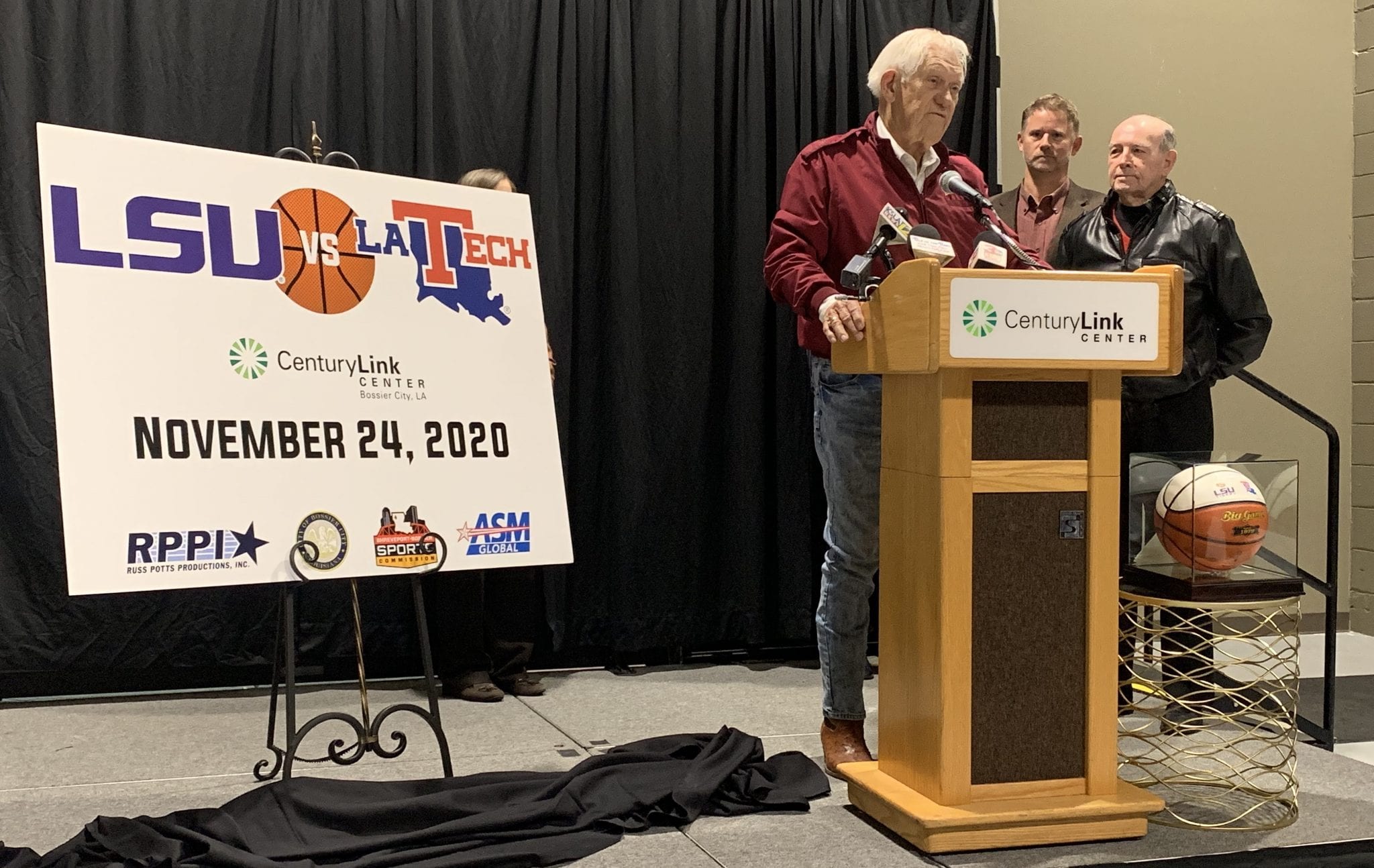 LSU and Louisiana Tech will face off in a men’s basketball game next season at the CenturyLink Center, Bossier City Mayor Lo Walker announced Friday during a news conference at the venue.

The date of the game is Nov. 24. Tip-off time and ticket information will be announced at a later date.

LSU and Tech played in Baton Rouge in 2018. The Bulldogs and Tigers met in Ruston in early November in the Hoops 4 Disaster Relief exhibition game.

Tech hasn’t played in the CenturyLink Center since 2016 when the Bulldogs defeated Grambling State in the Shreveport-Bossier Holiday Classic.

“This event is a tremendous opportunity to showcase college basketball in our great state and we are excited to be a part of it,” Louisiana Tech head coach Eric Konkol said in a Tech press release. “We appreciate our fans in Shreveport-Bossier for traveling across I-20 to Ruston for our home games.  This brings a quality game to them.

“We have played LSU in Baton Rouge and Ruston the past two seasons and look forward to competing against them again next season at the CenturyLink Center.”

LSU hasn’t played in Shreveport-Bossier City since 2010 when the Tigers lost to Wichita State at the CenturyLink Center.

“We look forward to bringing the LSU basketball program to Shreveport-Bossier next year against a very good Louisiana Tech team,” LSU coach Will Wade said in an LSU press release. “We hope fans of both teams will join us for what will be a fun night of basketball.”

“They are a national organization that puts on college basketball games and other sporting events throughout the country,” Bonnevier said. “So we’ve been working with them for awhile to try to figure out what teams made the most sense and we were able to secure both LSU and Louisiana Tech men’s basketball to do the game. We’re super excited about it.”