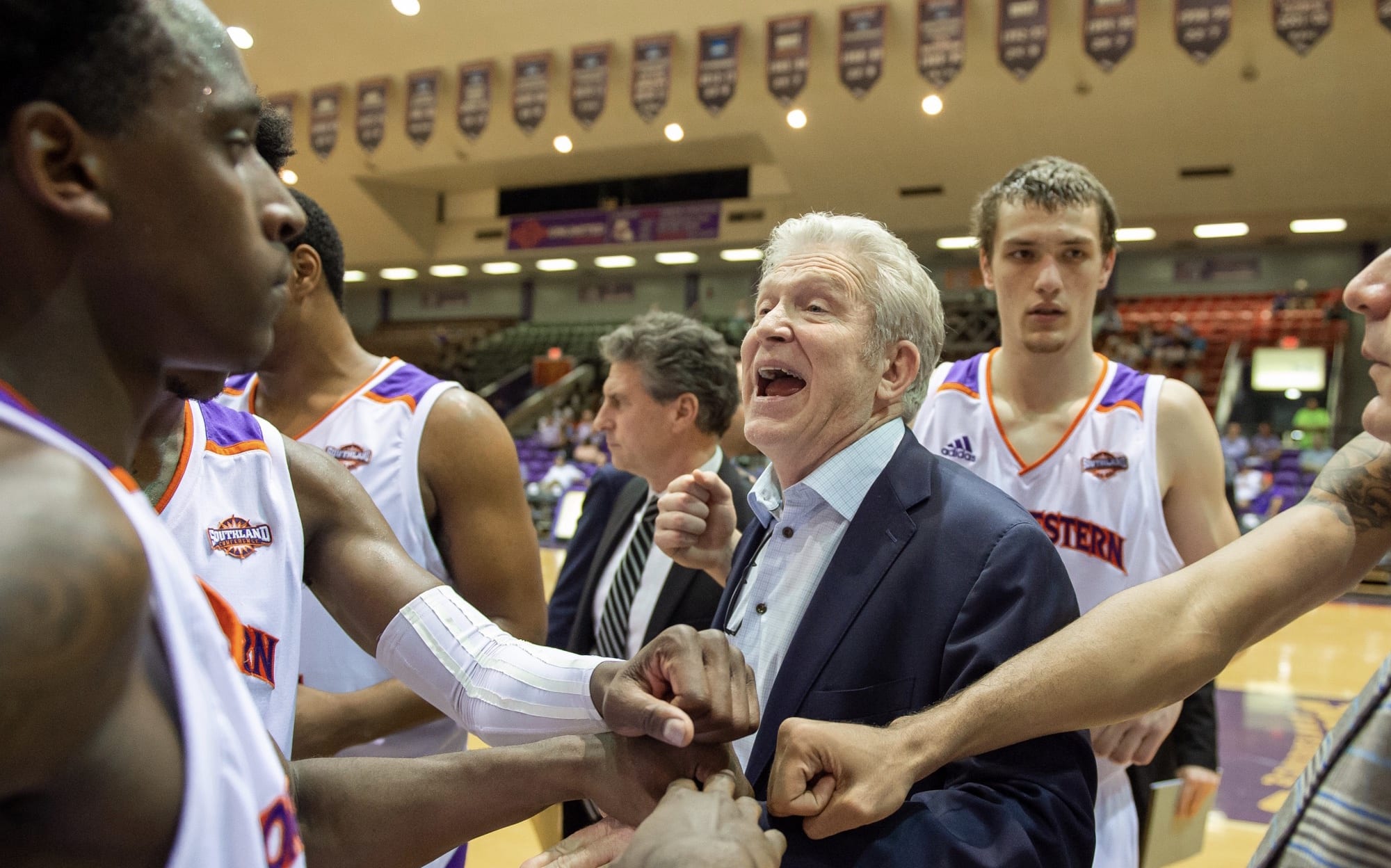 That’s how the 21st-year Northwestern State coach described the Demons opening their season this week, hosting Centenary on Tuesday as part of a doubleheader with women’s basketball before heading to Texas A&M on Wednesday.

Men’s basketball tips off the doubleheader at 5:30 p.m. on Tuesday in Prather Coliseum before appearing on the SEC Network at Texas A&M in a 7 p.m. tip.

“It’s always good to play doubleheaders, and we strongly believe that in a small community, there’s no sense to split the fan base when we can play two games in one night,” said McConathy, who is one of just eight active Division I head coaches that have been with their current programs for at least the past 20 seasons. “We appreciate the Lady Demons working with us to make that possible, and we’re excited to start the season in front of our home fans.

“We’ve done ‘two step’ several times since I’ve been here, and it just kind of worked out that way. Texas A&M wanted to start its season on Wednesday, and this was a way for us to squeeze in a home game before going down there and hopefully get a win.”

McConathy has “two-stepped” five previous times in his NSU career in which the Demons have played two games in different venues on consecutive nights, most recently this past season at Oklahoma and Utah.

Performing well on back-to-back nights can prepare NSU for the Southland Conference Tournament, where teams play the first couple of rounds on consecutive days.

Centenary is one of NSU’s oldest opponents in the 142nd meeting in series history (Gents lead 75-66). McConathy is 13-4 all-time against the Gents, who reclassified to NCAA Division III after the 2010-11 season.

NSU opened this past season with a 102-62 win against the Gents in Natchitoches, but McConathy expects a talented and well-coached Gents squad to take the floor Tuesday.

“They are really talented, and they have three players that are really good,” McConathy said. “I saw two of those players in high school (Shreveport’s Cedric Harris and Ty Prince from Thorndale, Texas), and we really liked them.

“There are so many times in recruiting where a guy may be good enough, but you don’t have a scholarship. Games like this can be dangerous because those guys can really play and shoot well.”

Harris, a C.E. Byrd High product, collected 20 points and 10 rebounds in an exhibition loss to LSU-Shreveport.

The Demons are expecting to have increased firepower from a squad that includes three returning starters, seven total returners and eight newcomers.

“It’s coming along as we get used to each other,” said Reed, adding the old and new players are still learning to play together. “We’re ready to play somebody else instead of playing ourselves.

“Our volleyball and soccer teams have done so well this fall, and we want to continue that momentum into the basketball season.”

Four of NSU’s eight newcomers shot at least 50 percent from the field in their previous stops, including 70 percent from junior forward Jamaure Gregg.

McConathy said increased ball movement should improve an offense that averaged 66 per points per game on a squad that finished 11-20 this past season.

“It’s been great to see because you don’t want the ball to stick – that’s been fun to watch,” McConathy said. “We have guys that are capable of getting the ball where it needs to be when it needs to be there.
“So many times in basketball, by taking one or two extra dribbles, the guys are now covered. It’s been a bit of a struggle to incorporate the new guys in the with the returners, but we’re finding combinations of players who can play well together.”

At Tuesday’s game, all season ticket holders are invited to a meal in the VIP area between the men’s and the women’s game.