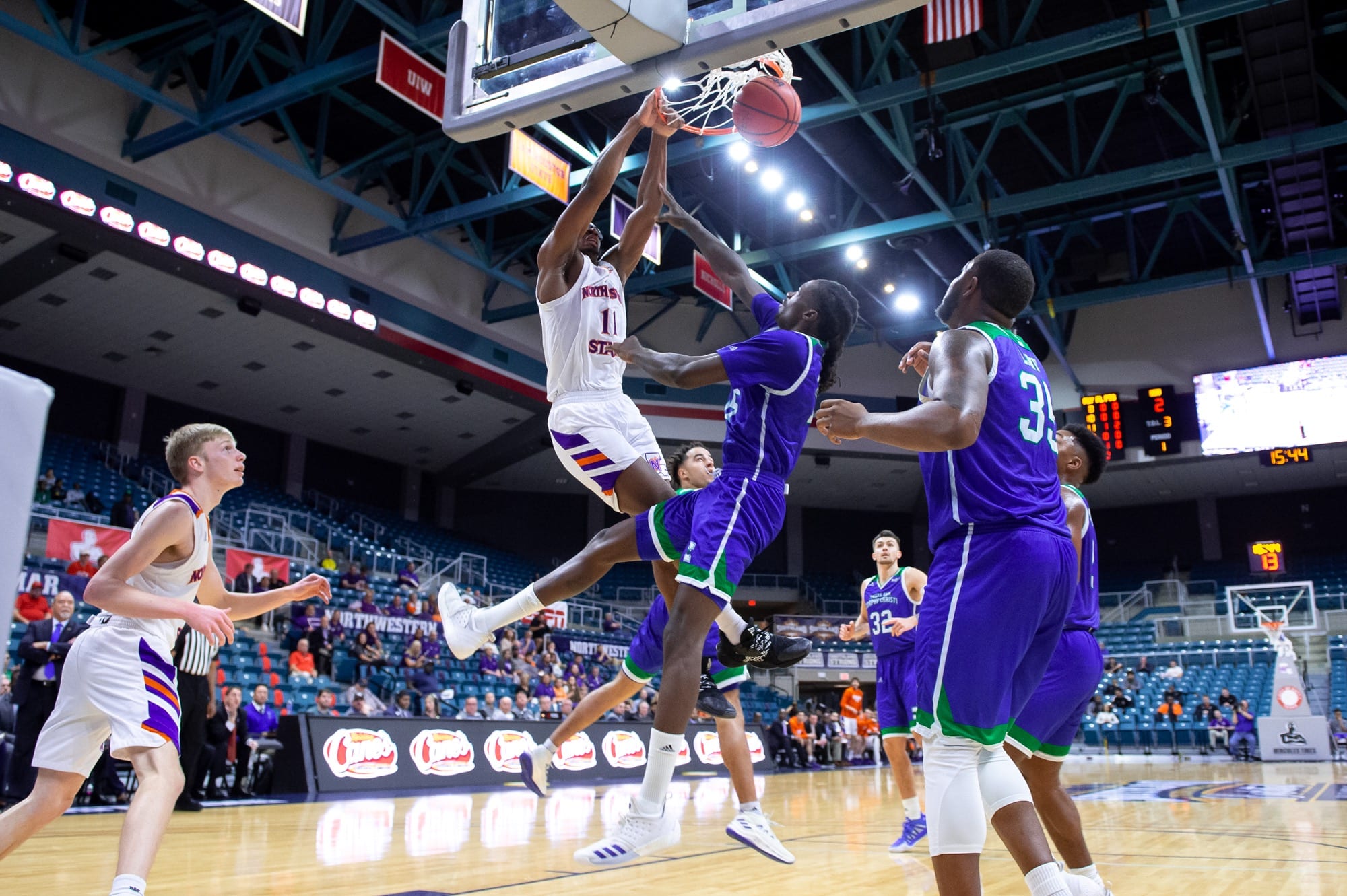 KATY, Texas – Forget that no Northwestern State player has ever played in a Southland Conference Tournament as the Demons were making their first trip since 2014-15.

The No. 5 seed Demons didn’t sweat as they controlled the final 32 minutes to run away with a 79-62 win in the first round of the Southland Conference Tournament.

“(TAMU-CC) came out and did a phenomenal job, shot it well from 3-point range in the first half and pounded it inside and outside,” said NSU coach Mike McConathy, who has won an SLC Tournament game in his last four tournament appearances. “They caught us on our heels, but I’m proud of our guys because we didn’t back down.

“Instead of getting frustrated, we pulled together as a team and did a much better job the rest of the way. It helps when you make a few shots.”

Down 29-15 after 12 minutes, the Demons constructed an astonishing 26-1 run in just seven minutes as NSU blitzkrieged its way to a 41-30 lead.

The NSU defense held the Islanders (14-18) without a field goal for seven minutes during that run, turning its defense into transition offense opportunities.

“We had a lot of nerves coming in, but once we got settled in, we got back to what we’re good at,” said Bile, who added six rebounds and four assists. “We take pride in our defense, and we’re one of the best in the league.

(Jairus Roberson) and I are coming from junior college and are in our first season of Division I basketball, so this is all new to us. We’re really excited to be here.”

After NSU started 0-7 from 3-point range, Roberson started the run with one of three 3-pointers. His 80 3-pointers is tied for second in NSU single-season history with Jay Scherer (1991-92). He’s six away from tying record-holder Jalan West.

“We stayed even-keeled, we weren’t tripping that much,” Roberson said of NSU digging out of the early hole. “We stayed the course and made sure our defense was good. We turned our defense into our offense.”

Sophomore point guard Brian White also scored six straight points in the run and contributed 13 points. That’s his sixth double-figures game and most since scoring 23 points on Feb. 8 at HBU.

The Demons, who led by six at half, didn’t allow the Islanders to get closer than eight points after the opening minutes of the second half.

NSU started the half on a 14-4 run as the Demons shot 47 percent from the field overall.

“We finally got into our running offense and pushed the ball, and we maintained in the second half,” McConathy said. “We were able to get some easier buckets because early on, we were locked into a half-court game, and that’s not what we’re good at.”

“We were able to get (Roberson) some open shots, so thanks for making those Slim.”

The Islanders cut NSU’s lead to 59-51 at the 9:46 mark, but a C.J. Jones 3-point play sparked a seven straight points and the Demons never looked back. Jones tacked on five assists and plenty of hustle plays to provide steady point guard play.

NSU won the turnovers battle 18-8 and scored 15 points off turnovers.

Junior Jamaure Gregg carried NSU through its rough early stretch with seven of his nine points.

TAMU-CC freshman Jordan Hairston scored a game-high 19 points with three 3-pointers and 6-of-9 from the free-throw line.