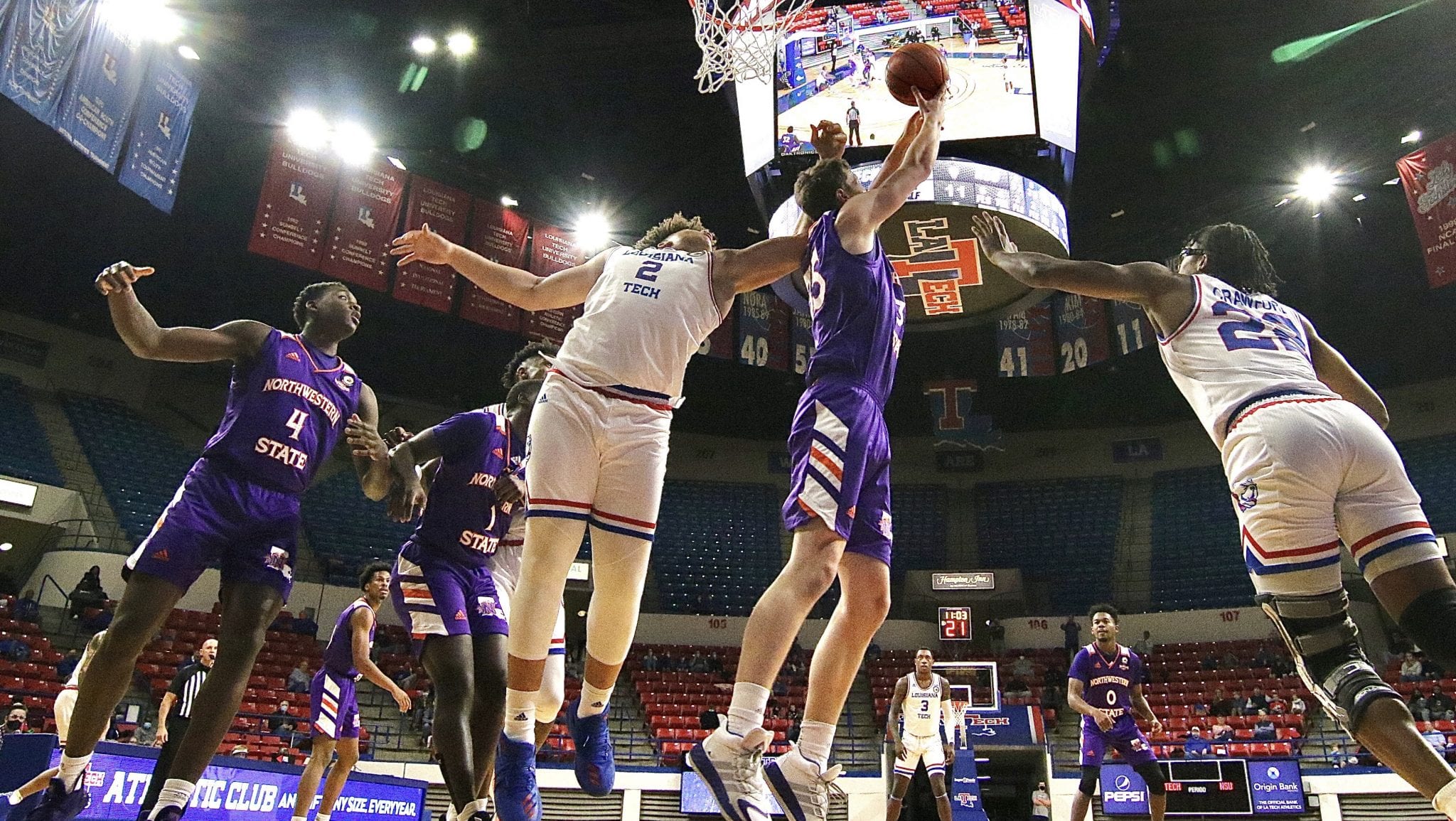 The Bulldogs, however, became the first team to put together some semblance of a run, using a second-half push to pull away from the Demons 91-77 despite a career-best day from NSU’s Jamaure Gregg.

“There were some bright spots,” said 22nd-year head coach Mike McConathy, who coached his fourth game at his alma mater. “I felt like we competed throughout. We made a run at the end. Jovan Zelenbaba cuts it to nine with the layup on the right side. We fell into their mind-set where we walked the ball up the floor where we needed to keep up the pressure and keep the foot on the gas.”

That final Demon run came long after the Bulldogs (2-0) used a 15-4 run midway through the second half to turn a four-point game into a 15-point lead with 8:14 to play.

Northwestern State (0-3) whittled the lead to nine on Zelenbaba’s baseline drive that he turned into a three-point play with 3:34 to play. However, Louisiana Tech went back inside to freshman Kenneth Lofton Jr. for a bucket that started an 11-6 Bulldogs push across the final three-plus minutes.

Gregg kept the Demons close throughout the second half, tallying 19 of his career-high 21 points in the final 20 minutes, sinking 8 of 13 shots from the field, including a pair of 3-pointers.

“In the first half, he started kind of slow, but he had five rebounds,” McConathy said. “He started making shots, doing a nice job of catching and taking what was available.”

While Gregg carried the Demons offensively, Lofton Jr. did the same for Louisiana Tech, scoring 12 of his 16 points in the second half.

Each team rode a different player offensively in a back-and-forth first half that ended with Tech holding a five-point lead in a period where the largest run for either team was six points.

Louisiana Tech was able to pull away in a five-minute stretch of the second half where Lofton had six points in the run.

“They went to their high-low, and we had no answer for that,” McConathy said. “We didn’t do a good job with it. We need to take a look at that.”

While Gregg carried the Demons offensively in the second half, Jairus Roberson did so in the opening half, scoring 12 points as Northwestern State found its 3-point stroke.

NSU shot 63.6 percent from the 3-point line, sinking 7 of 11 from long distance in the half. Roberson connected on a pair of 3s as did LaTerrance Reed, who finished with a season-high 11 points in less than 14 minutes of action.

“It really gives us a shot in the arm,” McConathy said. “He comes in and knows what to do. One thing that hurt us was we couldn’t get good defensive matchups. They had three 6-foot-6 guys in there at once, so we couldn’t go small with our shooters. It kept us from getting into a defensive rhythm.”

While the Demons put three players in double figures, the Bulldogs had four, led by Kalob Ledoux’s game-high 23 points. Isaiah Crawford (19) and Exavian Christon (14) also reached double figures for the Bulldogs, who shot 51.7 percent (30-for-58) from the field for the game.

The Demons return to action Thursday when they travel to TCU. Tip-off against the Horned Frogs is set for 7 p.m.