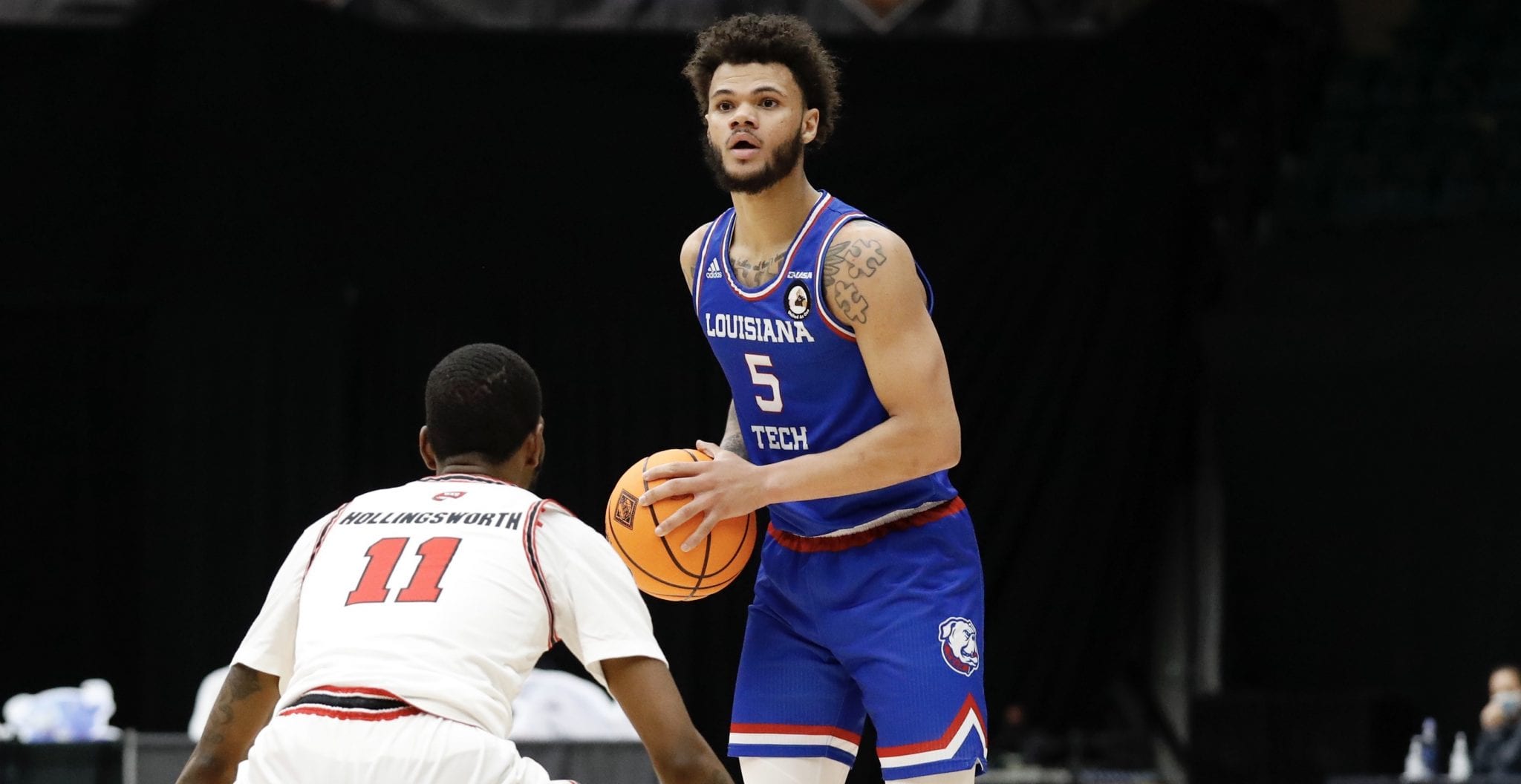 FRISCO, Texas – “If I see that first one go down, I feel like it is going to be a long night for the other team.”

His teammates added five more from beyond the arc, as well as some clutch buckets and free throws down the stretch, to send Louisiana Tech to the NIT semifinals with a 72-65 victory over WKU on Thursday night inside the Comerica Center.

LA Tech (23-7), making the semifinals for just the second time in program history, will face Mississippi State on Saturday at 2 p.m. on ESPN.

“It is fun to stay in Frisco,” said head coach Eric Konkol with a smile.

The Bulldogs are a streaky bunch from deep.  In their previous two games, the team combined to make only seven triples.  They had more than that at halftime in the quarterfinals, pouring in eight of them.

Ledoux’s third, followed by Amorie Archibald’s swish from three, gave LA Tech a 27-21 advantage.  This came after a cold streak of nine straight misses by the squad.

WKU (21-8) fired back with a 10-0 run, taking a four-point lead after a stepback three by Taveion Hollingsworth with 3:25 remaining in the first half.

Then came another onslaught of threes by the Bulldogs.  First, it was the one-handed Cobe Williams.  Then Ledoux made it 4-for-4 from deep.  Next, Exavian Christon nailed one from the wing.  And finally, Williams tacked on another.

“There was a timeout with about two and a half minutes to go in the first half, and I told our team that I wanted to get three stops in a row right now and go on a run before halftime,” said Konkol.  “That is exactly what our team did.”

Ledoux’s sixth and final three came with 10:38 to play in the game.  A fastbreak layup by Kenneth Lofton, Jr. followed, giving LA Tech a double-digit advantage at 58-48.

The Hilltoppers would not go away though.  An old-fashioned three-point play by Charles Bassey, a pair of free throws by Hollingsworth and a deep three by Jordan Rawls put WKU within four at 60-56, forcing a timeout by coach Konkol.

The lead was at four again, 64-60, with a little over a minute remaining.

From then on, LA Tech made the winning plays.  Isaiah Crawford bullied his way into the lane for an and-one (missed the free throw).  Then Lofton, Jr. sent the Bulldog fans into a frenzy after a steal resulted in a thunderous one-handed dunk.

Crawford redeemed himself at the foul line, calmly sinking both, as did his teammate Christon to defeat the C-USA East Division champions.

“So proud of our team,” said Konkol.  “They found a way.  Our three-point shooting was really special tonight, but there were key baskets down the stretch.  Big free throws.  We were able to get enough stops against a really good team.  It is now down to just four of us.”