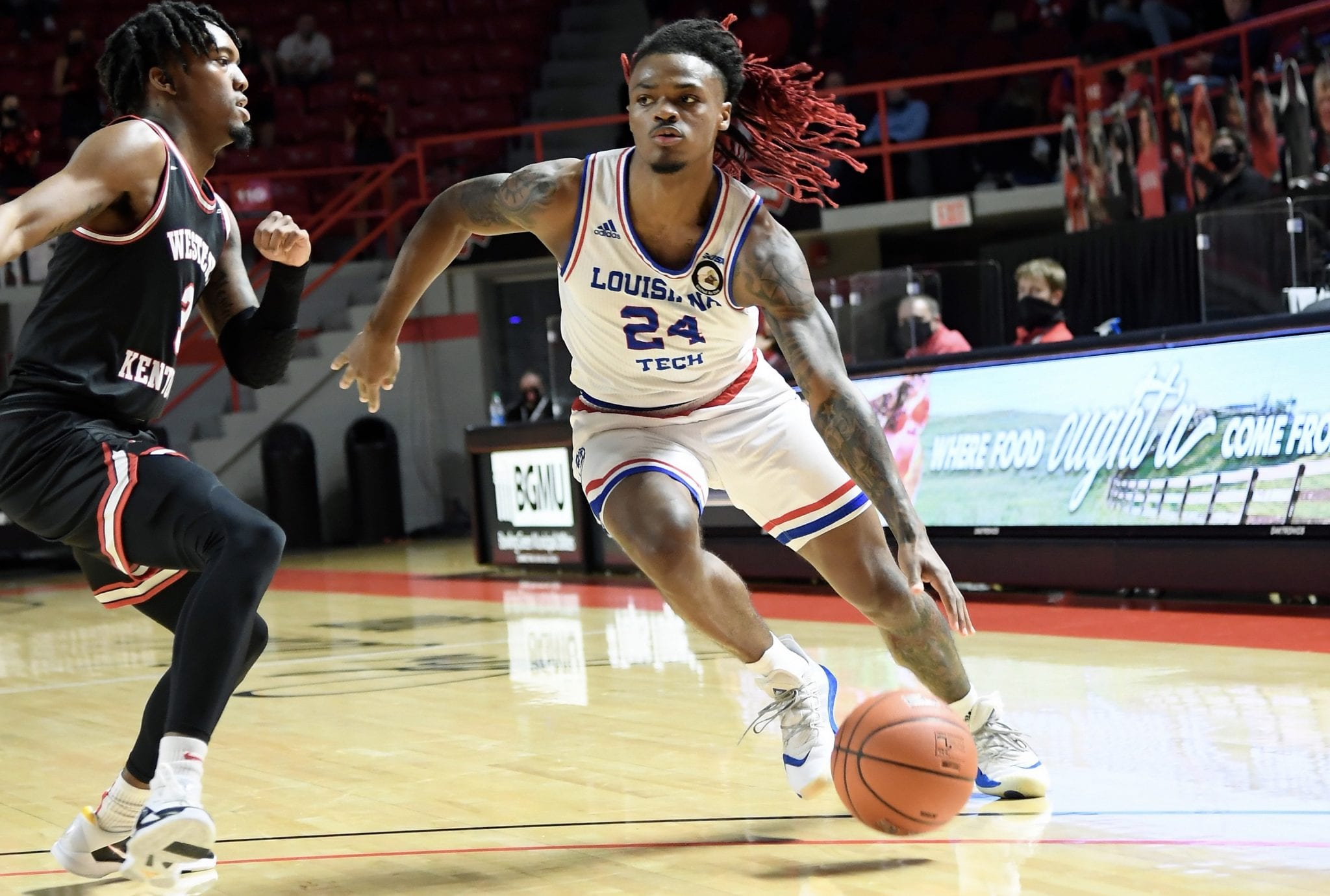 For a second straight night, Louisiana Tech and WKU went down to the wire.

This time, the Bulldogs made the winning plays in the end to come away with a hard-fought 63-58 victory over the Hilltoppers on Saturday inside E.A. Diddle Arena.

It was the first win for LA Tech (9-4, 2-2 C-USA) in Diddle since 2000, a period that included some tough losses, including Friday night’s two-point loss with the chance to win it at the end.

“It was a great win for us,” said head coach Eric Konkol.  “There were a lot of things we wanted to duplicate from last night.  We wanted to defend and keep them out of transition.  We needed to rebound better though and got some big ones down the stretch.  We were able to overcome some tough turnovers down the stretch.

“It shows a lot about the resolve of this team.  Had a chance to bounce back 24 hours later and come away with one in a tough place to play.”

WKU (9-4, 2-2 C-USA) scored the first four points of the game, then it was all LA Tech for the next eight minutes.  The Bulldogs put together a huge 25-2 run, getting scoring from seven different players to do it and forcing two timeouts by the Hilltoppers.

Amorie Archibald and Andrew Gordon tacked on back-to-back baskets to give the Bulldogs their largest lead of the game at 29-8 with 7:56 to play in the first half.  WKU was able to put together a late 9-0 run which resulted in a 38-24 halftime lead for LA Tech.

The C-USA preseason favorite kept chipping away going into the second half, eventually getting it down to a one-possession game at 59-56 (made six straight free throws) by taking advantage of a stretch where the Bulldogs turned it over four times.

WKU added a layup by Jordan Rawls to cut their deficit down to one with 1:40 to go.  However, LA Tech got three consecutive defensive stops, a key offensive putback by JaColby Pemberton and two free throws by Kalob Ledoux to seal it.

“We knew coming in it was going to be a big challenge,” said Archibald.  “We stuck together.  I felt like we prepared well and it was an overall great win for us.  We had to believe in one another.”

A night after going 2-of-14 from the field, Archibald scored a team-high 14 points and became the 43rd member of the 1,000-point club.  Andrew Gordon was big off the bench again, registering 11 points.

“I never thought about 1,000 points when I first in,” added Archibald.  “I just wanted to help my teammates and be successful.  It is a major blessing.  I feel like me and the team have a lot more to achieve.”

“I’m so proud of Amorie,” said Konkol.  “He has worked at his game and has good feel.  I still think his best basketball is ahead of him.  Andrew Gordon answered the bell too.  He was a good matchup with Charles Bassey.  He came in and not only defended, battled on the back boards and found ways to score.”

LA Tech returns to the Thomas Assembly Center on Friday, Jan. 15 when they play host to UTSA.  Tipoff is set for 6:30 p.m.