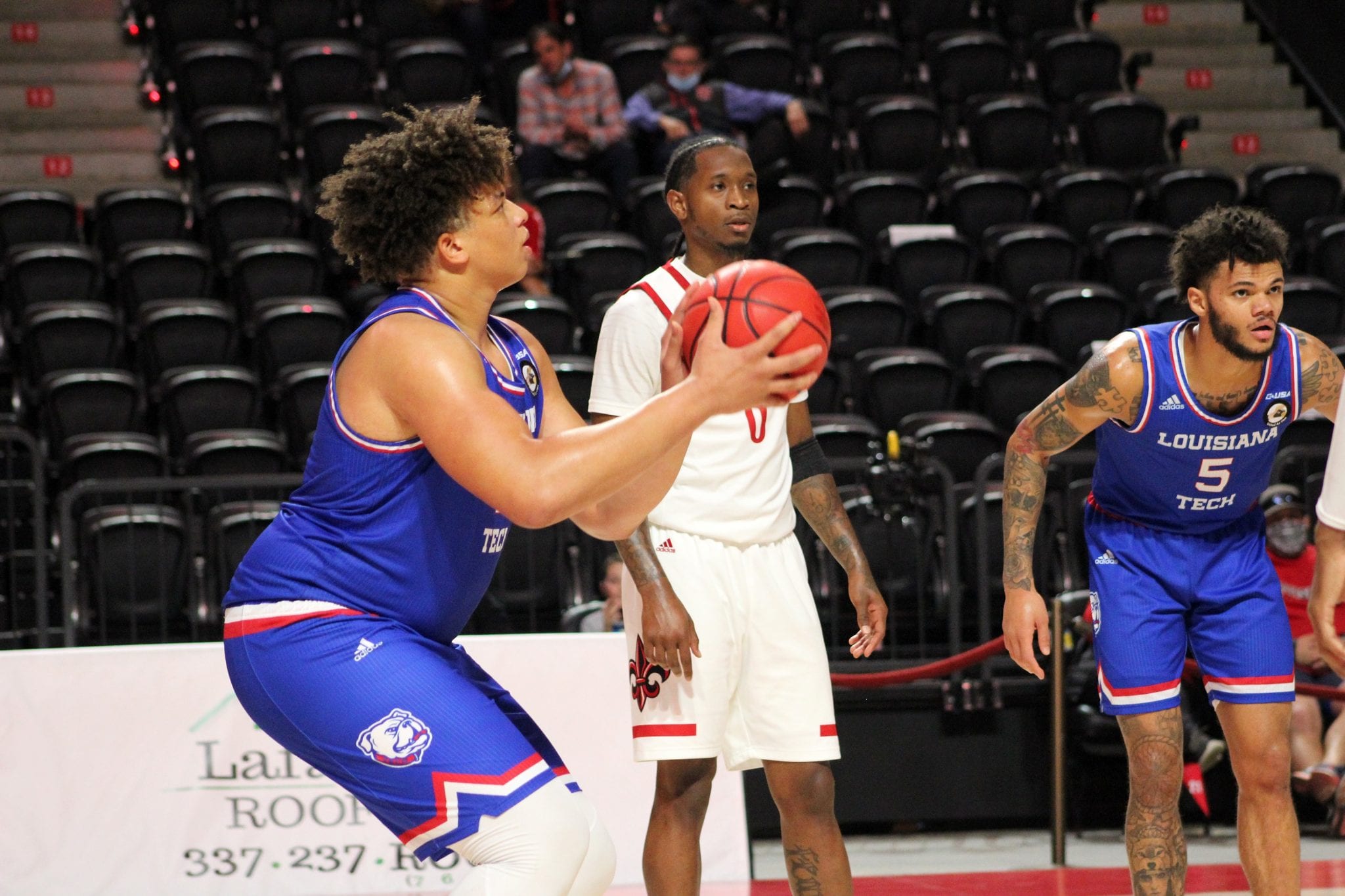 LAFAYETTE – Louisiana Tech built as much as a 16-point lead behind a strong first half, but turnovers and missed shots in the second half proved costly in a 61-56 loss to UL-Lafayette on Saturday night inside the Cajundome.

LA Tech (4-2) had arguably its best 20 minutes of basketball to start things off, forcing 12 turnovers and defending ULL (4-1) to just 24 percent shooting.  As a result, the Bulldogs held a 35-21 advantage at halftime.

The second half was the opposite as the ‘Dogs coughed it up nine times and were held to just seven made field goals.  The result was the team’s second road loss on the early season.

“We were able to get three of their starters in foul trouble early,” said head coach Eric Konkol.  “We were able to take advantage of their substitutions and stretch the lead.  We weren’t able to get them into the foul trouble that we wanted in the second half and keep going at them.  We turned it over and were choppy on offense.  And they were opportunistic and made some key baskets.”

LA Tech had two separate runs that sparked things in the beginning.  The first was a 9-0 run, capped off by a Kalob Ledoux three-pointer, to open up an 11-3 lead.

The Ragin’ Cajuns Cedric Russell wiped away this run almost on his own, scoring 11 of his team’s next 14 points (including three three-pointers) to put the home team ahead at 17-16 with 9:16 left in the first stanza.

Then came the second run by the ‘Dogs, outscoring their opponent 19-4 up until the midway point to take a 14-point lead into the locker room (ULL went 1-of-10 shooting during this stretch).  Amorie Archibald scored all 12 of his points in this period while Kenneth Lofton, Jr. added eight of his own.

“He is a weapon inside,” said Konkol on the freshman forward.  “We thought they would be doubling him.  Part of our versatility can be a strength.”

Ledoux’s banked-in runner off the team’s opening possession in the second half made it a 37-21 advantage for the largest lead of the contest.  After turning it over just five times up until then, the turnovers started to mount and the Ragin’ Cajuns started to mount their comeback.

“I thought we played with great energy and we defended the way we have been talking about,” said Konkol.  “Part of defending is taking care of the basketball.  We executed the game plan.  But in the second half, our offensive flow really turned into some poor defense which ultimately cost us the game.”

Ultimately, it was a 13-0 run that erased LA Tech’s lead and put ULL on top at 48-46 with 8:30 to go.  The Ragin’ Cajuns extended their lead to five, but an offensive rebound and putback by Isaiah Crawford and another three by Ledoux tied things up at 52-52 with 5:32 left.

The Bulldogs would miss their next seven shot attempts while the Ragin’ Cajuns cashed in at the free throw line with six makes to take it down the stretch.

Despite fouling out, Lofton, Jr. led the team in scoring with 13 points.  Crawford and Ledoux each add 11 points as the team shot 19-of-56 from the field for 33.9 percent.

ULL’s Russell led all scorers with a game-high 25 points while taking 22 shots.

LA Tech returns to action on Tuesday, Dec. 15 to face Jackson State inside the Thomas Assembly Center on Karl Malone Court.  Tipoff is set for 6:30 p.m.