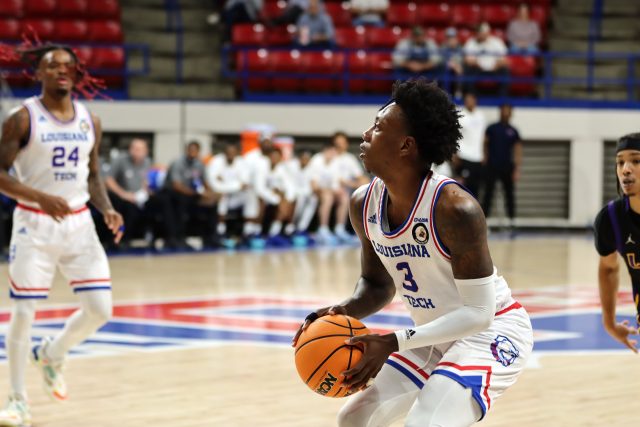 Two of the hottest men’s basketball teams in the country will face off Saturday evening at the Brookshire Grocery Arena when the No. 19 LSU Tigers take on the Louisiana Tech Bulldogs Tip-off is at 6.

LSU (10-0), ranked No. 19 in the AP poll, is one of seven remaining undefeated teams in the country. Louisiana Tech (8-2) is riding a four-game winning streak and has won eight of its last nine.

The Tigers have won nine games by double digits. The only one that was in doubt down the stretch was a 68-63 overtime victory over Penn State on Nov. 26 at the Emerald Coast Classic in Niceville, Fla.

Tari Eason, a 6-foot-8 sophomore forward, leads LSU in scoring at 15.8 points per game. He is also second on the team in rebounding at 7.4.

Lofton was the Conference USA Freshman of the Year last season and third-team All-Conference.