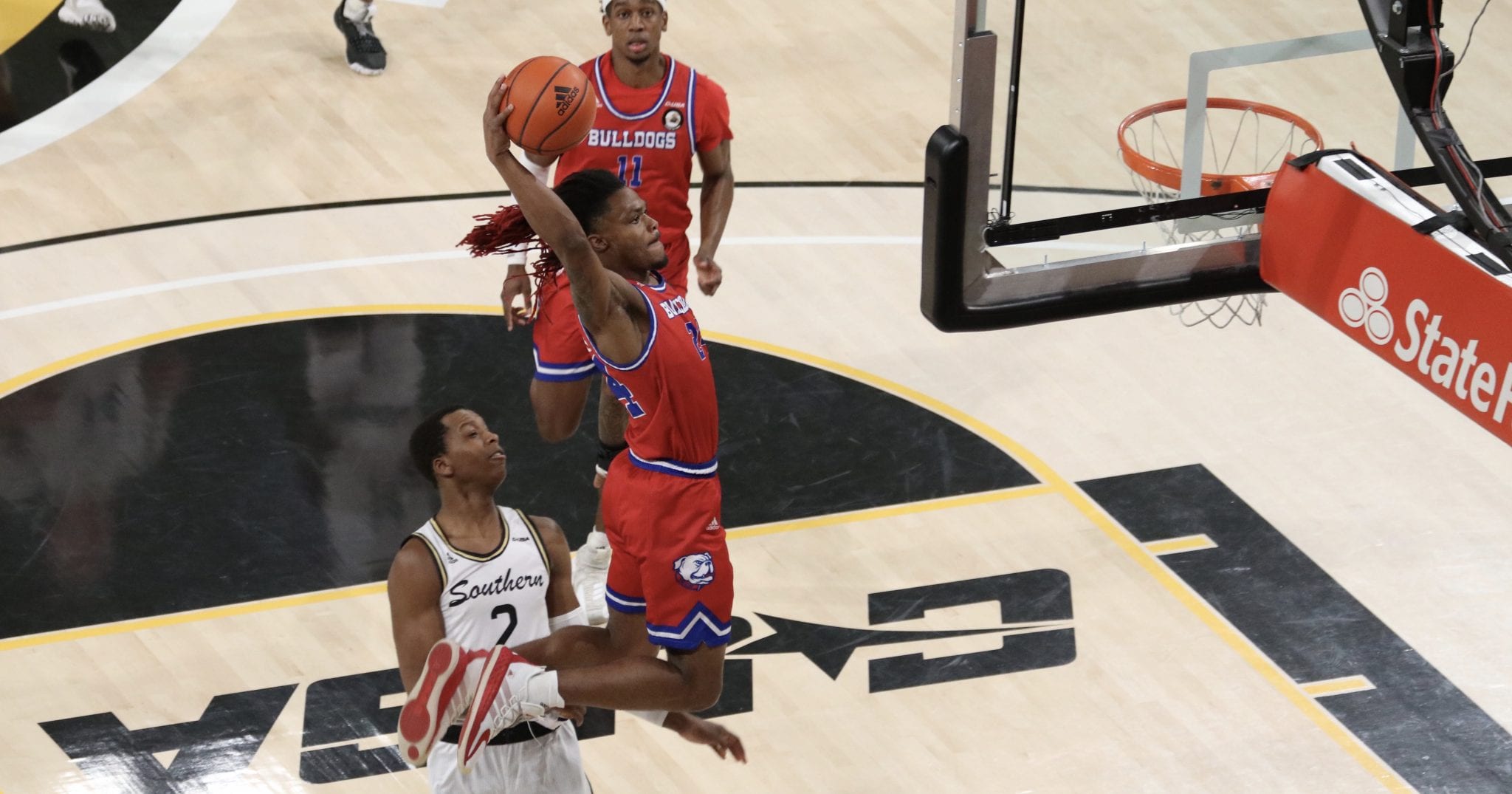 HATTIESBURG, Miss. – Louisiana Tech picked up its second-straight road victory, pulling away from Southern Miss in the second half to record a 76-63 win on Thursday night inside Reed Green Coliseum.

The score was tied at halftime as both teams made 15 field goals, struggling to stop the other defensively.  The stops finally came for LA Tech (13-5, 6-3 C-USA) in the second half, forcing 10 straight misses to build as much as a 20-point lead.

The Bulldogs limited Southern Miss (7-9, 3-6 C-USA) to 28 percent shooting and just 26 points in the second stanza to improve to 12-3 in the series since becoming C-USA opponents.

“We always talk about the defense first and defensively, we were not very connected,” said head coach Eric Konkol.  “One guy was denying, one guy was in the wrong gap, we just were not doing the right things.  And Southern Miss made us pay.  It took us a little while to figure out how to defend them properly.”

LA Tech tried to pull away from USM in the first half, going on a 10-2 run that included back-to-back three-pointers by Isaiah Crawford to go up 34-29 with 4:13 to go before intermission.

The Golden Eagles fired back though, stringing an 8-0 run together to grab their largest lead at 37-34.  The lead was short-lived as Amorie Archibald buried a triple with two seconds left to even things up at the midway point.

It was still anybody’s game as the ‘Dogs were clinging to a six-point edge with 12:18 still to go.  Then the defensive stops came and so did the points.

Six different Bulldogs scored during a 16-2 run, including a three-pointer by Kalob Ledoux who made his return to action after missing the last four games.  The Golden Eagles only managed to score two points for almost eight minutes of game play.

“We got 11 stops in a row and that was so key,” said Konkol.  “Our offense after a stop is so much better than after a score.  When we get stops, we want to be able to take advantage of it.  We got into a rhythm defensively and I thought the guys did a really nice job of sharing the basketball and finding good looks on offense.”

Cobe Williams tallied four points during that run, adding to his team-high 15 points (two shy of tying his career-high).  The floor general was 5-of-7 from the field and added four assists.

“I thought Cobe was sensational,” said Konkol.  “He expended a lot of effort on the defensive end, guarding [Jaron] Pierre, Jr. who is a good player.  I thought he did a nice job of pushing the basketball which got guys running with him and he made some really good decisions.”

LA Tech shot 47.7 percent from the field and made all seven of its free throws.  They had a plus-six rebounding margin and outscored Southern Miss, 38-26, in the paint.

LA Tech will now face Southern Miss inside the Thomas Assembly Center on Saturday, Jan. 30.  Tipoff is set for 2 p.m. and will be live streamed on ESPN+.