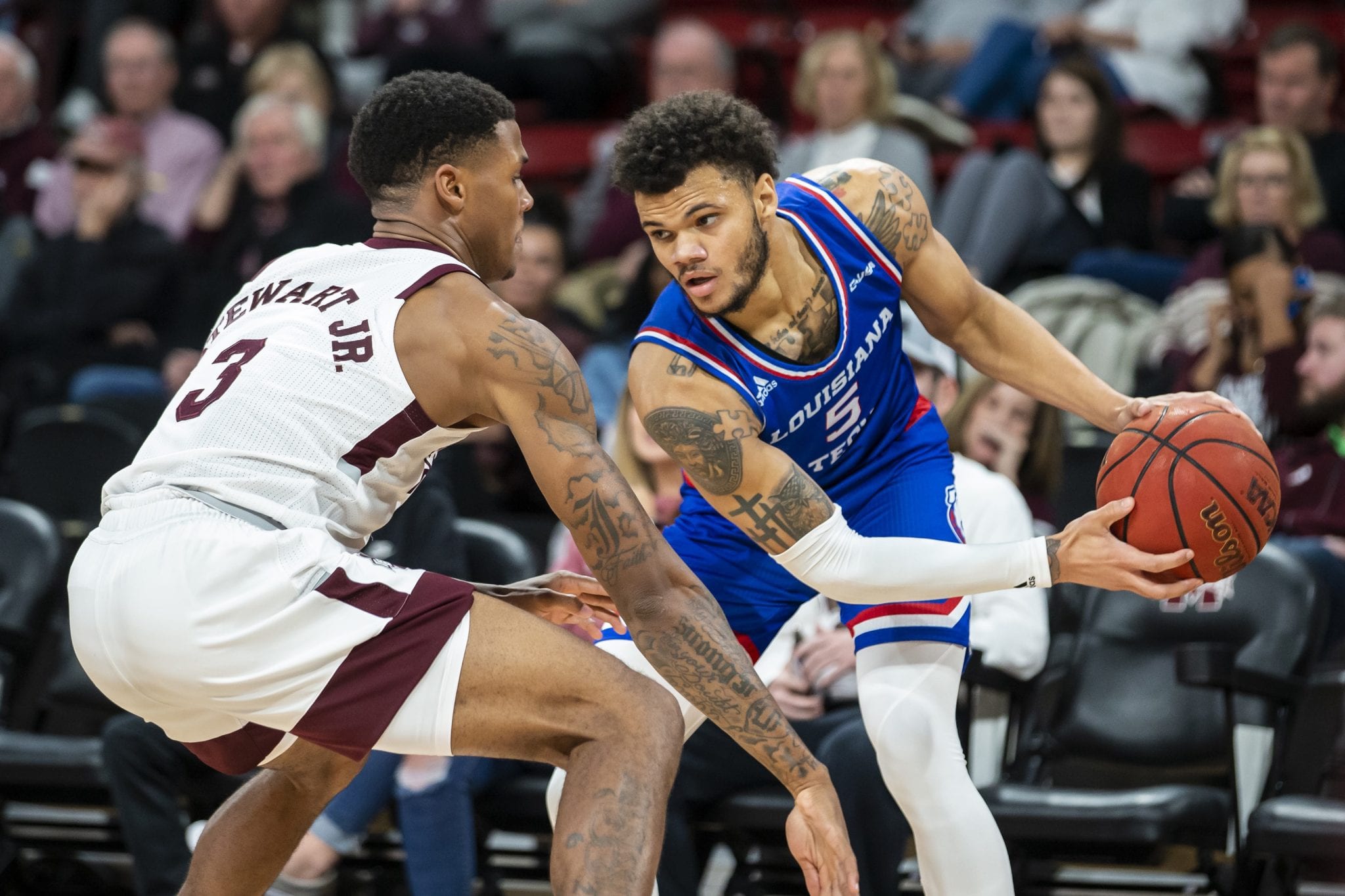 STARKVILLE, Miss. – The score was tied 11 times in a classic dog fight, but it was Louisiana Tech who made the winning plays down the stretch to take down Mississippi State, 74-67, on Thursday night in front of 6,375 inside Humphrey Coliseum.

LA Tech (6-2) checked off all the boxes needed in order to end MSU’s (6-2) 26-game non-conference home winning streak which was the longest in the SEC.

“We knew we were coming in here to play a very good Mississippi State team,” said head coach Eric Konkol.  “I’m really proud of our guys for the physicality they played with and certainly the poise they played with down the stretch.  To go against one of the best rebounding teams in the country, I’m really proud of our guys for executing and finding a way.  We knew we were going to have to play extremely well to win and we were able to do that.

Neither team could pull away from the other through the first half.  MSU jumped out to an early 10-2 advantage, its largest lead, but LA Tech weathered the early storm and had took a three-point lead into halftime (39-36) thanks to DaQuan Bracey’s banked in three-pointer at the buzzer.

This trend continued into the second half as both squads were extremely efficient on the offensive end.  The visiting ‘Dogs had a 54-49 lead with had as much as an eight-point lead through the first half.

However, a stretch of three turnovers resulted in a mini 6-0 run by the home ‘Dogs at the 10:14 mark.

An experienced LA Tech team made the winning plays for the remaining 10 minutes of the game, starting with the next four made field goals being three-pointers – two by Bracey, one by Derric Jean and one by Amorie Archibald – to make it a 67-58 advantage with 3:44 to go.

“This was the lowest number of threes we’ve taken in a game and it is going to be great when I show our team that we took good ones,” said Konkol.  “Knowing how good Mississippi State is, taking a bad shot is like a turnover and they are going to turn it into points.  What we looked to do is stretch the floor to stride to spread them out and then hit some timely ones.  Tonight, we were able to do that.”

From then on, LA Tech didn’t make a single field goal.  But it didn’t matter.  They cashed in at the free throw line – Archibald going 5-of-6 – and pulled down defensive rebound after defensive rebound to pull off their first win over a power-5 team since 2015 (Ohio State) and the sixth since 2013.

“We’ve got a very experienced group,” said Konkol.  “We’ve got four seniors that have played for a long time.  Those guys won this game.  They did a really nice job of stemming the tide, playing with poise and confidence and playing for one another.  They knew exactly what they needed to do.”

Bracey lead the way with 16 points, going a perfect 4-of-4 from deep.  Archibald had 15 and Isaiah Crawford, Jean and Kalob Ledoux each chipped in with 10 points.

MSU shot 25-of-53 from the field for 47 percent and were led by Tyson Carter and Reggie Perry who combined to score 34 points.

Next up for LA Tech is a trip to Huntsville, Texas to take on defending Southland champion Sam Houston State on Sunday, Dec. 8.  Tipoff is set for 4:30 p.m.