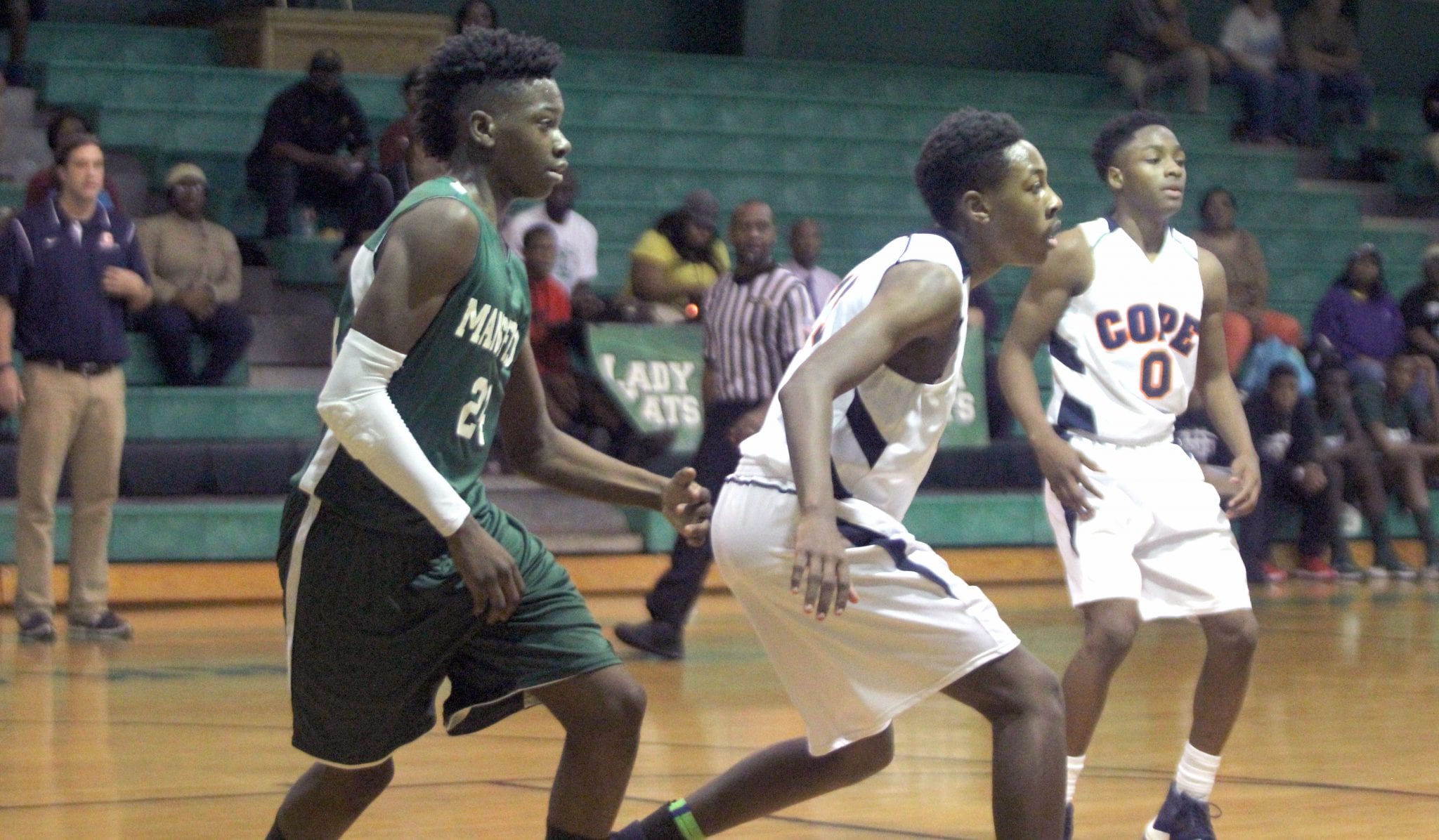 The Cope Cougars advanced to the championship game of the Orthopedic Specialists of Louisiana Tip-off Classic middle school boys basketball tournament Thursday night with a 26-19 victory over Mansfield at Bossier High.

Cope will play GUS Academy, which defeated Benton in the other semifinal game, at 2:45 p.m. Saturday.

Rusheon and Haughton will play a consolation game at 10:30 a.m.

Cope led 11-10 at the half and 21-16 going into the fourth quarter. The Cougars played outstanding defense. Mansfield’s only points in the final period came on a 3-pointer in the final minute with Cope up by nine.

Bilbo had 15 points in the Cougars’ 27-11 first-round win over Rusheon on Wednesday. Josh Norris added six.