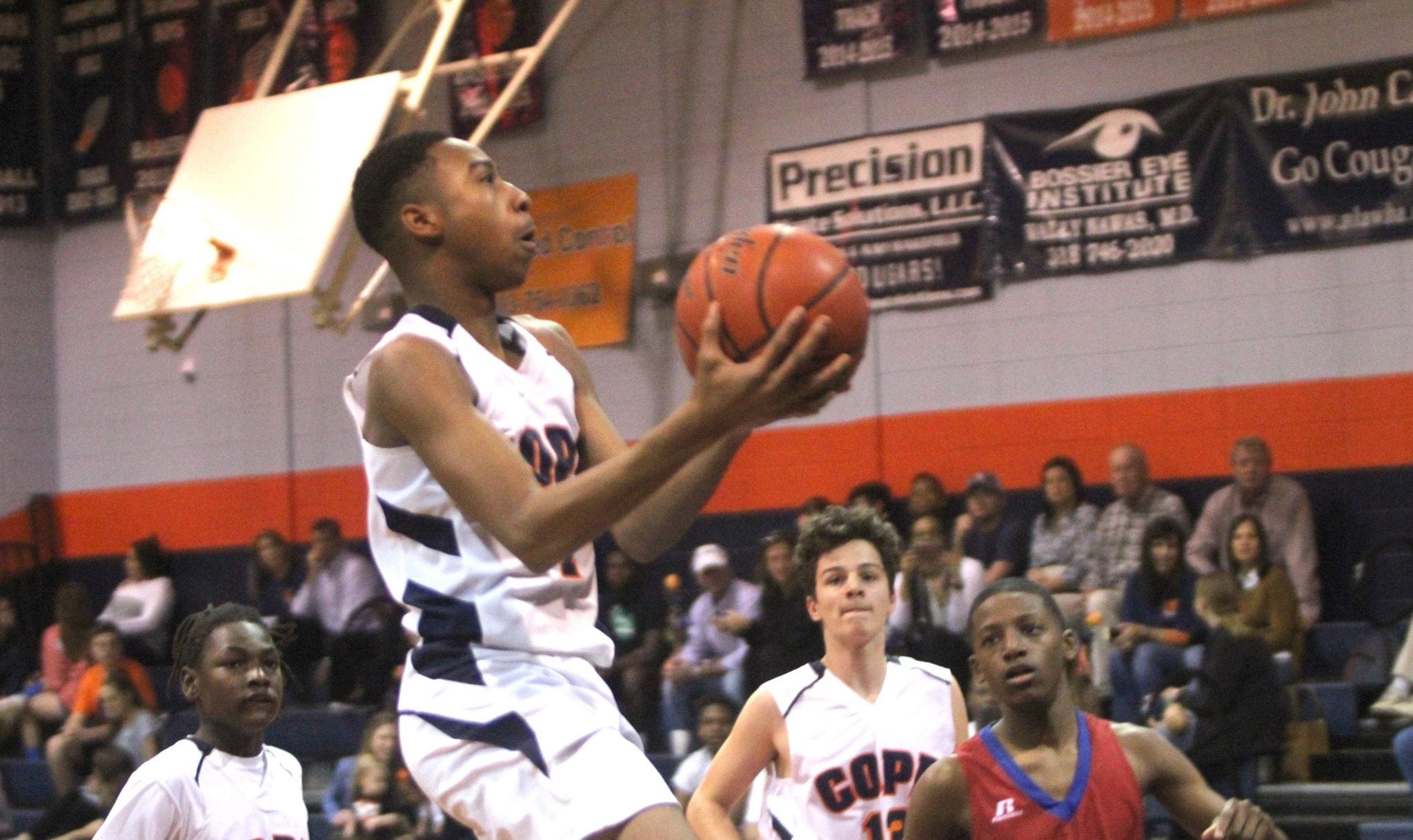 The Cope Cougars completed a perfect 10-0 run through the Bossier Parish middle school boys basketball eighth-grade district with a 49-30 victory over Haughton on Thursday at Cope.

In the other eighth-grade games, Benton got past Rusheon 48-41 in overtime at Benton and Greenacres defeated Elm Grove 30-24 at Greenacres.

The Rusheon Rams and Haughton Bucs finished tied for first in the seventh-grade district at 8-2. Haughton downed Cope 38-26 and Rusheon defeated Benton 48-29 in district finales. In the other seventh-grade game, Greenacres topped Elm Grove 40-28.

Laythan Delaney and Adrian McClindon led Haughton to the seventh-grade victory with eight points each. Shardrick Siah had eight rebounds.

At Benton, Daniel Campbell poured in 20 points to lead Benton to the eighth-grade win.

At Greenacres, Elm Grove got 12 points and three rebounds from Jalen Thornton in the eighth-grade game.

NOTE: The above report is based on information received from coaches. It will be updated as soon as possible if more information is received.