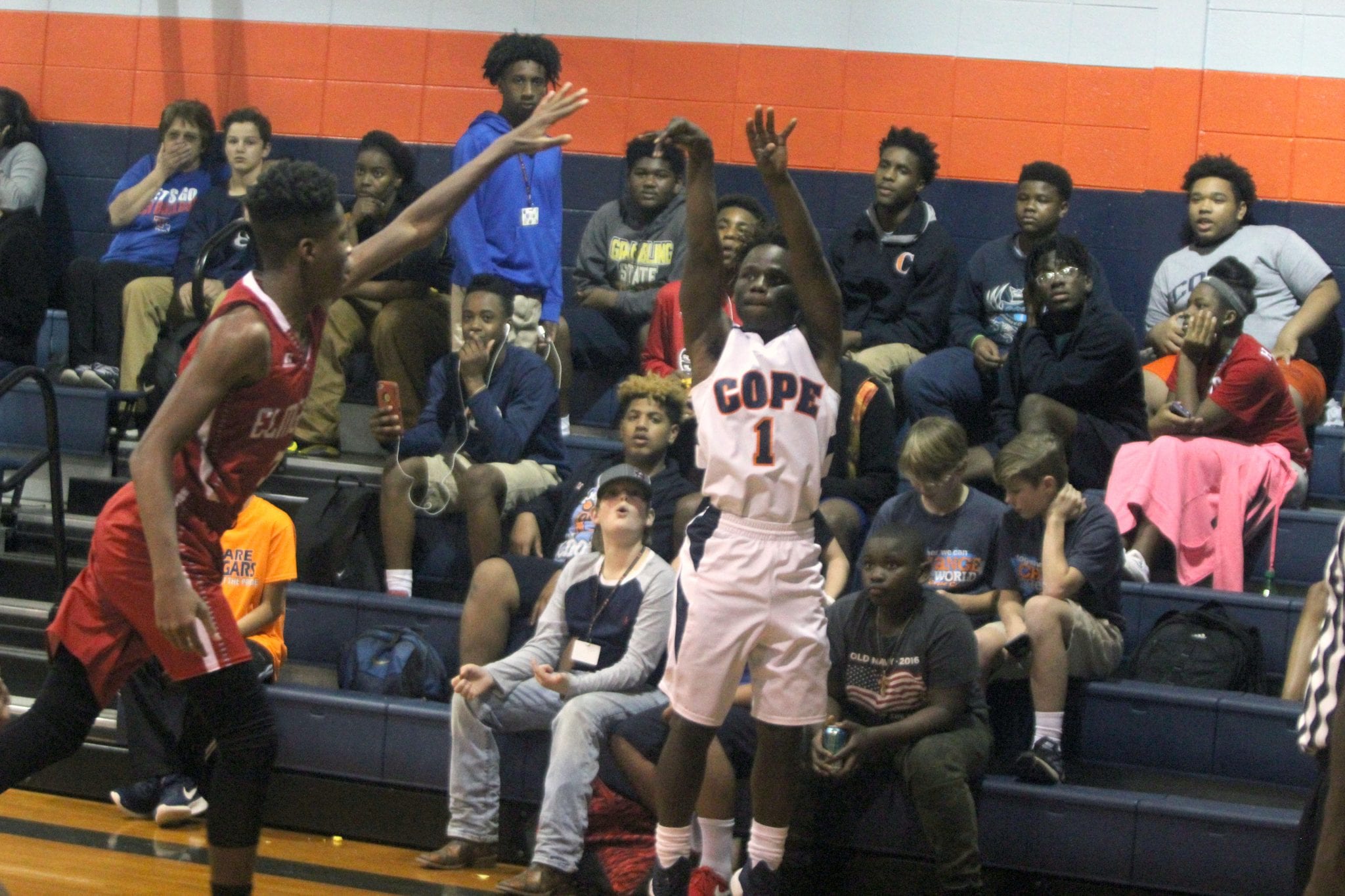 The Cope Cougars took sole possession of the Bossier Parish middle school eighth-grade boys basketball district lead with a hard-fought 40-37 victory over the Greenacres Mustangs on Thursday at Greenacres.

Deveon Carley had a big game for the Mustangs with 19 points. Jyrell McClendon added six.

Cope and Greenacres were evenly matched this season. The Cougars won the first game 29-28 in overtime.

Cope improved to 7-1 with two games to play. Greenacres dropped to 6-2.

Also Thursday, the Elm Grove Eagles clinched the seventh-grade championship with a 35-15 victory over Rusheon at Elm Grove.

Elm Grove improved to 8-0. The Eagles have a three-game lead over Cope with two to play.

The Benton Tigers swept the Haughton Bucs, winning a tight eighth-grade game 32-29 and the seventh-grade game 45-31.

At Cope, the Cougars got off to a great start and then held off an Eagles rally in the eighth-grade game.

NOTE: The above report is based on information received from coaches. It will be updated if more information is received.