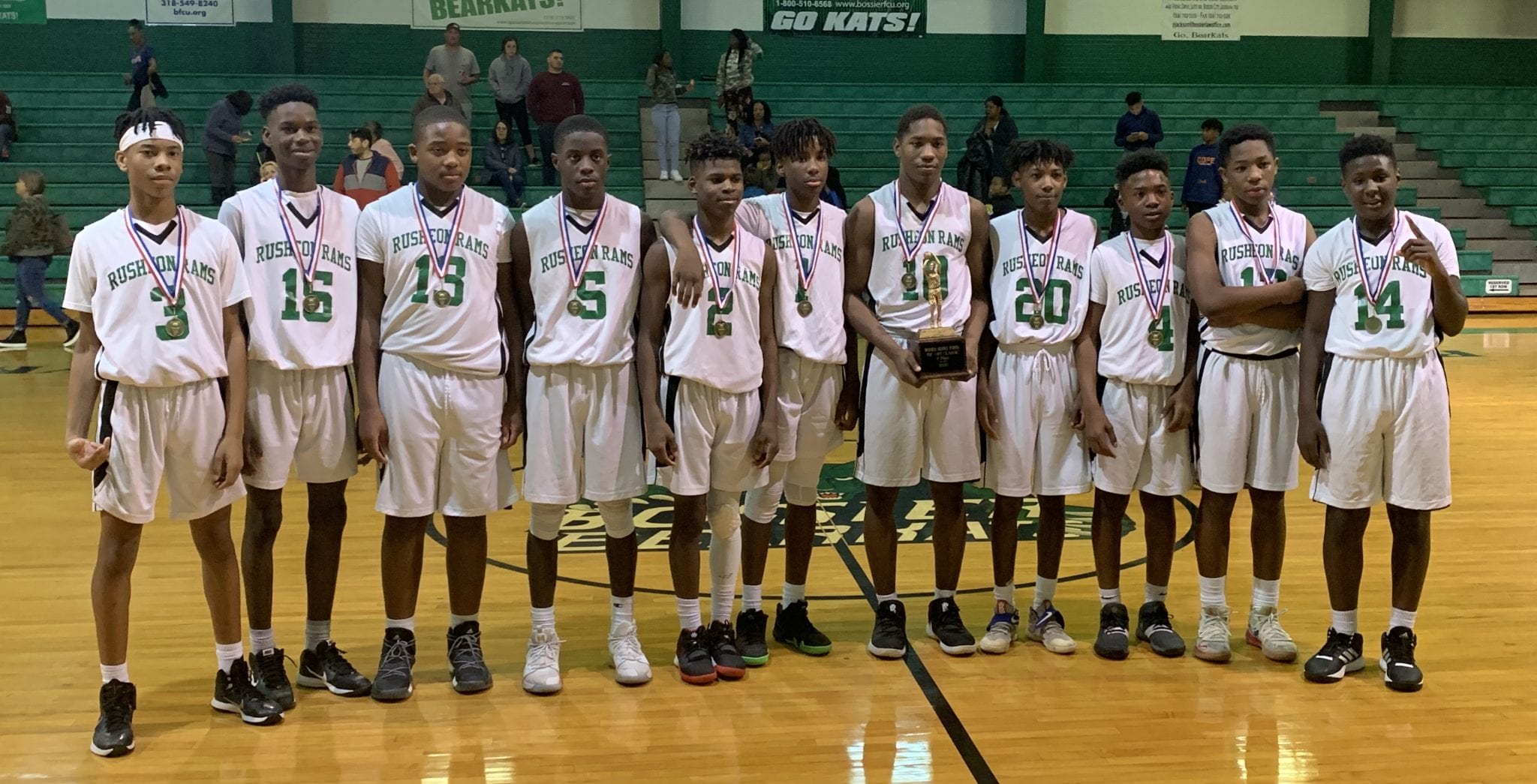 After edging Greenacres 30-26 in the semifinals in the morning, Rusheon defeated Cope 62-30 in the championship game.

Mansfield took third with a 36-31 win over Greenacres. The Shreveport Force defeated St. Mark’s in the consolation finals.

Javon Johnson hit five 3-pointers in the first half and led Rusheon against Cope with 24 points. Keyshun Johnson scored 15 and Manning added 12.

Javon Johnson also led the Rams against Greenacres with 12 points. Keyshun Johnson chipped in with nine.

Greenacres got 10 points from Jaxon Graham and eight from Sentavion Ball.

Ball and Graham led the Mustangs against Mansfield with 10 and eight, respectively.