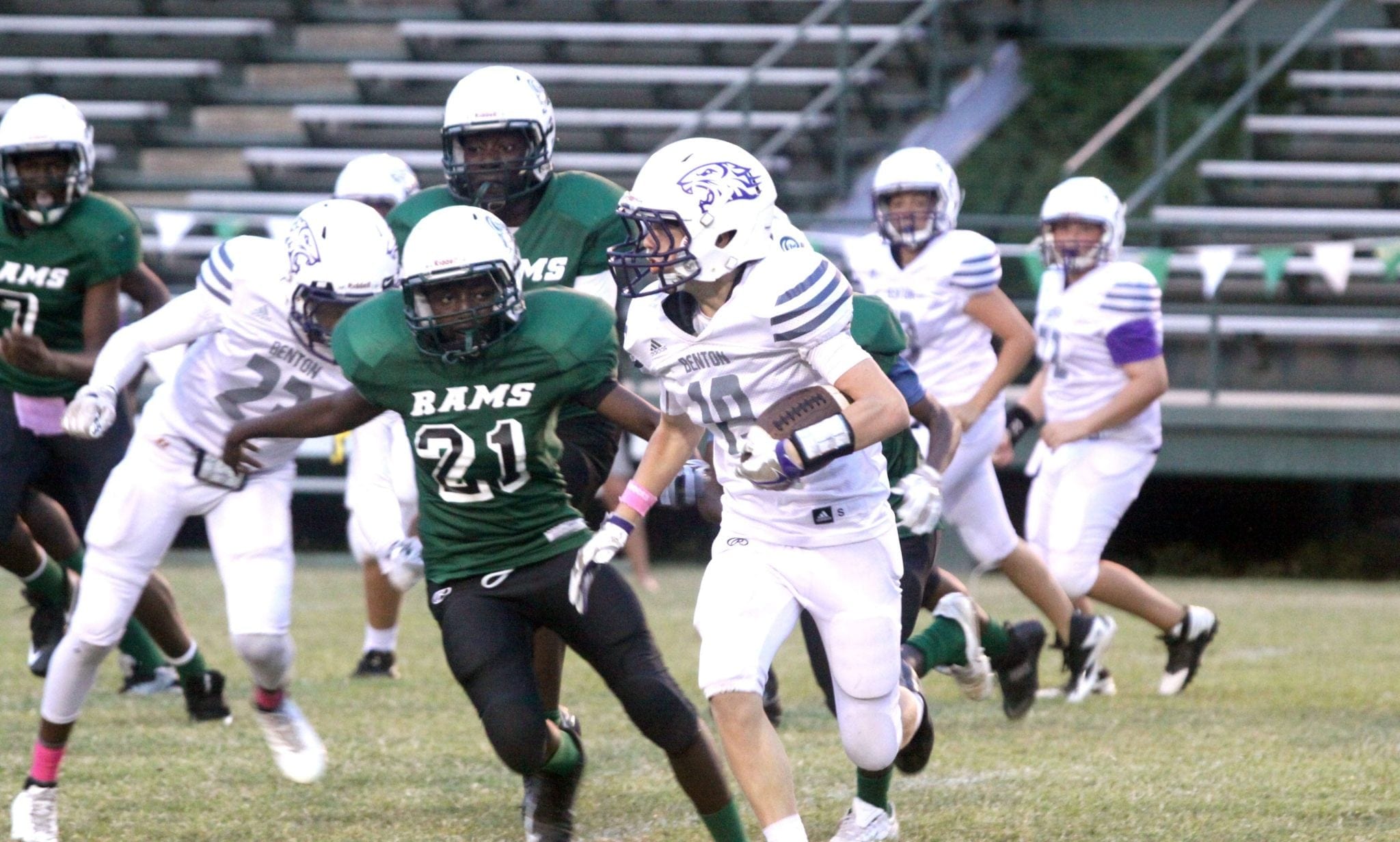 At Bossier, Benton’s Caleb Cassidy completed seven of 11 passes for 97 yards and a touchdown in the eighth-grade victory.

Evan Cole had another good game for the Tigers on both sides of the ball. He scored on a 21-yard run and had three catches for 40 yards. He also scored a two-point conversion and had 12 tackles.

Davis Sellers had five tackles and a fumble recovery. Aiden Colvin and Colby Leeper had interceptions.

Pearce Russell had a big game in Benton’s seventh-grade victory.

Russell scored one touchdown on a 2-yard run as time expired in the first half. He set up the TD with a 36-yard reception from Gray Walters.

A long run by Russell set up the Tigers’ first TD, a 7-yard pass from Walters to Tyler Trotter. After a 30-yard Russell run, Brady Blaylock scored Benton’s final TD on a 1-yard plunge.

Quitmon Chatman led an strong effort by the defense.

At Airline, Elton Bryant rushed for 236 yards and three touchdowns in Haughton’s eighth-grade victory. Bryant’s performance was aided by an offensive line led by Kameron Smith and Charles Yocoms.

Greenacres’ Refeal Edwards was on the receiving end of several passes from Gavin Ashworth.

Ashworth scored the Eagles’ touchdown on a run and Jyson Thomas got the two-point conversion.

Thomas and Haiden Landry were cited for their defensive play.

Ryan Iman had two interceptions and and Waylon Keith one in Haughton’s hard-fought seventh-grade victory.

The Bucs’ touchdown came on an 18-yard pass from Colin Rains to Cayden Hinkie. Blank scored the two-point conversion.

At Preston Crownover, the eighth-grade game was tied at the half with the Eagles pulling away in the second.

Elm Grove’s Ron Richmond had a big game on both sides of the ball. He rushed 11 times for 146 yards, including TD runs of 2 and 58 yards. He also scored two two-point conversions. On defense, Richmond had an interception.

Coby Stevenson went into the end zone from 5 yards out.

“Our defense was the difference in the game, not giving up any big plays and playing as a unit,” Smith said.

Joseph Manning set up the Cougars’ touchdown with an interception return to the Elm Grove 13. Tyler Bumgardner took it in from five yards out.

“EG just wore us down,” Cope coach Ray Smith said. “We just could not slow down their run game in the second half.

“I’m really proud of our kids effort in that game. They played hard until the end.”

Bumgarder and Manning were named Cope’s Players of the Game by coaches.

“Eli Harper was on today passing the football, by far his best game of the season,” Terrence Smith said.

Jaylan White had a huge game. He caught three passe for 136 yards, including a 36-yard TD, and rushed three times for 47 yards.

White also set up the Eagles’ first touchdown, racing 61 yards on a catch and run on third down and long.

“The defense gave a great effort today in the victory,” Smith said.

NOTE: The above report is based on information received from coaches. It will be updated as soon as possible when more information is received.