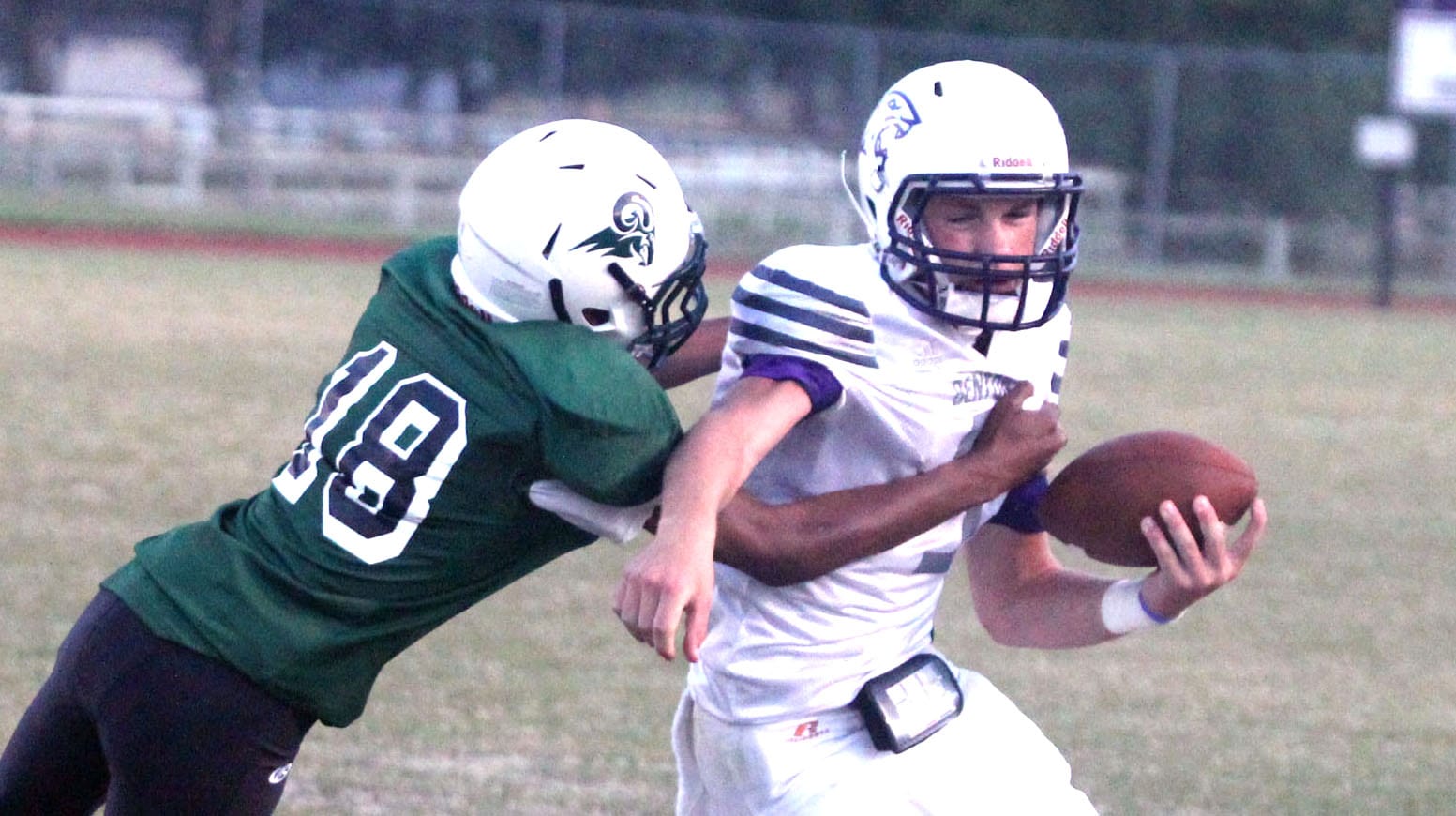 Two weeks into Bossier Parish middle school district play, Benton is the only school without a loss in the seventh- and eighth-grade divisions.

Benton and Haughton are tied for the eighth-grade lead at 2-0. Elm Grove and Cope are 1-1.

Benton is alone atop the seventh-grade standings at 2-0. Elm Grove, Greenacres, Cope and Haughton are all 1-1.

At Airline Stadium, Gabe Larry passed for one touchdown and ran for another in Elm Grove’s eighth-grade win.

Jamal Asberry raced 50 yards in the fourth quarter for the Eagles’ final touchdown. Asberry finished the night with more than 100 yards rushing.

Malachi White scored touchdowns on runs of 50 and 8 yards for the victorious Elm Grove seventh-grade squad. He had 132 yards on 18 carries.

Jamonte Gordon scored on a 1-yard run. The TD was set up by a long pass to Derek Brown.

The Eagles offensive front of Steven Gilbreath, Mayne Lemon, Ryder Rasouillyan, Devon Hall and Iziah Lewis paved the way for a big night on the ground.

At Haughton, Peyton Stovall completed eight of 12 passes for 120 yards and three touchdowns in the Bucs’ eighth-grade win. He also rushed for 50 yards and a touchdown.

Malachi Burks rushed for 60 yards and scored a touchdown.

Jacob Davidson returned a kick 70 yards for a TD in Haughton’s seventh-grade win. Elton Bryant scored a rushing TD and two conversions. Coleman Stafford tossed a touchdown pass to Hunter Tolbert and ran in a conversion.

Tyler Bumgardner scored a touchdown. Quoziel Ghoston returned an interception 43 yards for a touchdown on the first play of the game.

At Benton, Ashur Hall had a big game on both sides of the ball in the Tigers’ eighth-grade victory.

He had 71 total yards, including a 27-yard touchdown catch from Clint Lasiter. He also had six tackles, including three for loss, and forced a fumble.

Lasiter completed four of seven passes for 85 yards. He also rushed for 63 yards and scored on runs of 5 and 16 yards.

Evan Cole scored four touchdowns to lead the Benton seventh-graders to the victory.

Caleb Cassidy threw one touchdown pass and set up another TD with a long pass to Davis Sellers.

NOTE: The above report is based on information provided by coaches. It will be updated when more is received.