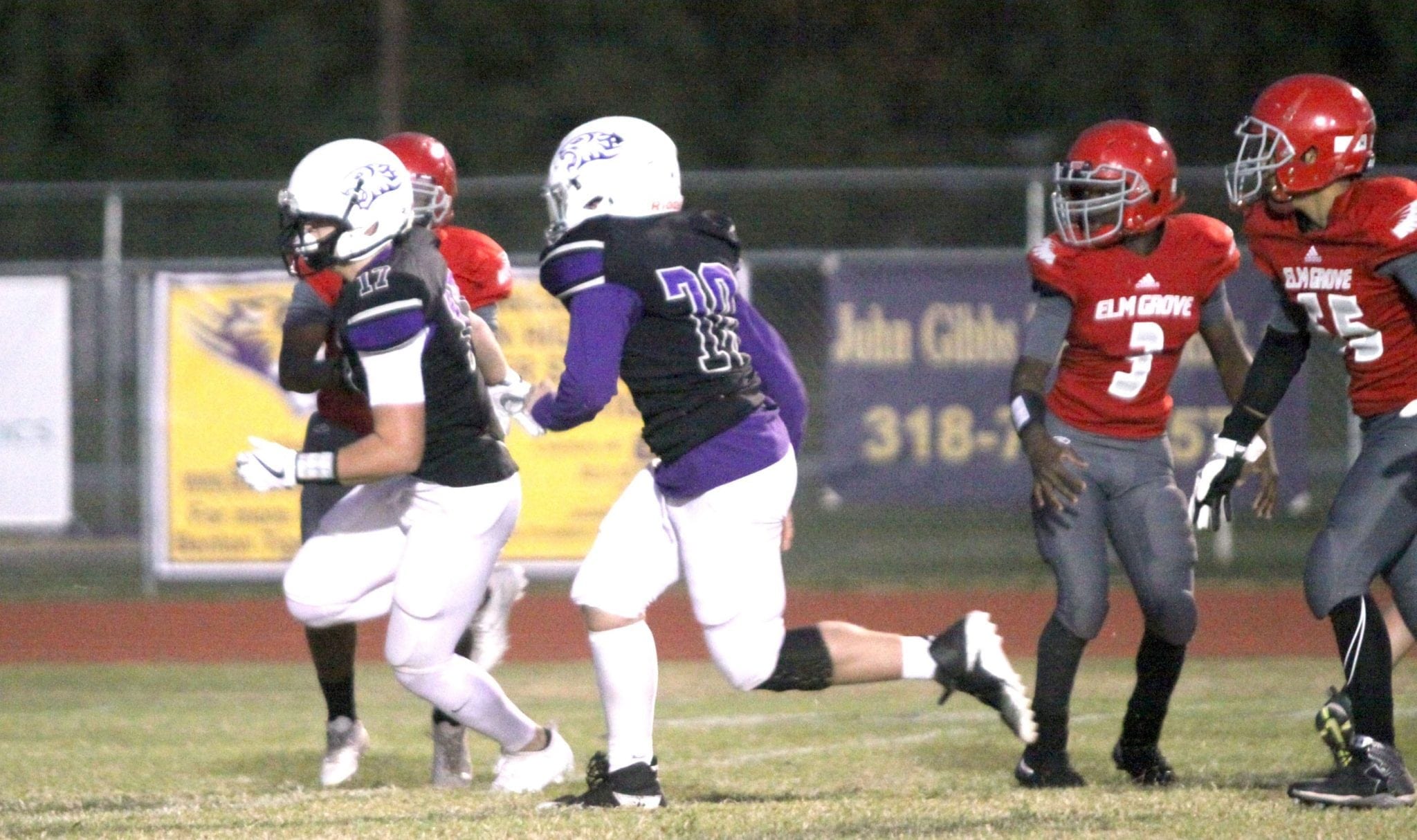 The Benton Tigers won the Bossier Parish middle school eighth-grade football district championship with a hard-fought 18-14 victory over the Elm Grove Eagles on Tuesday at Benton.

Benton finished 6-0 overall and 5-0 in district. Elm Grove, which also had an outstanding season, finished 6-1 and 4-1.

Haughton won the seventh-grade title with a 34-16 victory over Cope on Thursday at Haughton in the completion of a game suspended on Sept. 5 because of a thunderstorm. The Bucs finished 6-1 overall and 5-0 in district. Cope finished 5-2 and 3-2.

At Benton Tuesday, the eighth-grade game was close all the way.

Behind some good running by Ron Richmond, Elm Grove drove for a touchdown and scored the conversion for an 8-6 lead.

The Tigers used a double pass to set up their second touchdown. Cassidy passed to Evan Cole behind the line of scrimmage, and Cole threw to Davis Sellers for a 36-yard gain.

Cole scored the TD on a 5-yard run around right end. The conversion was again no good and Benton led 12-8.

Richmond, who rushed for 194 yards and two touchdowns with one conversion, sparked another Eagles touchdown drive. He scored the TD but the conversion failed and Elm Grove led 14-12 at the half.

Benton took the lead for good on its first series of the second half.

After some good running by Trent Williams, Cassidy found Cole for a 20-yard TD pass. The try for two failed again.

“The defense really stepped it up in the second half,” Benton coach Jared Stowell said.

In the seventh-grade game, Jaylan White scored Elm Grove’s TD on a 62-yard pass from Eli Harper. Barrett Newman ran in the conversion.

At Bossier, Jake Elbert passed to Nick Vascocu for a touchdown in Greenacres’ seventh-grade victory.

Justin Epps, who split quarterback duties with Cameron Jefferson after Elbert had to leave the game because of an injury, ran the ball well.

Trevor Price, Gavin Ashworth and Chris Maddox were defensive standouts. Edwards had an interception to stop a promising Rams drive.

Normandin, Smith, Cooper and Adrian McClindon were cited for their efforts on defense.

Elton Bryant scored a touchdown and two-point conversion for the Bucs in the eighth-grade game.

At Airline, Michael Johnson had a big game in Cope’s eighth-grade victory. He rushed for 199 yards on 11 carries and scored TDs of 37, 10 and 5 yards.

Johnson also had an interception return for a touchdown and scored a two-point conversion.

JaRobert Kelly rushed for 139 yards on 19 carries. He had TD runs of 10 and 1 yards and also scored a conversion.

Chris Griffith, Joseph Manning and Beane were defensive standouts. Griffith and Beane had three sacks each.

“It was a big win for our kids after losing three starters on offense and defense during the year,” Smith said.

NOTE: The above report is based on information provided by coaches. It will be updated as soon as possible after more information is received.