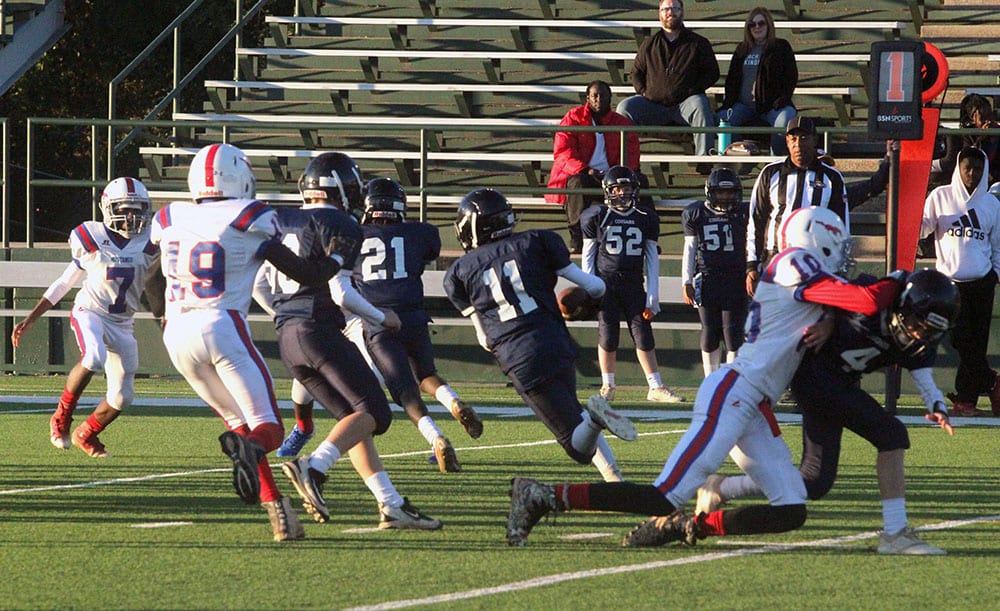 The Cope Cougars eighth-grade team earned a share of the district title and the seventh-grade team finished undefeated with victories over Greenacres at Bossier’s Memorial Stadium last week.

Smith said the Cope-Greenacres game is always a big rivalry.

“The kids know each other and they know they’ll be future Vikings,” he said. “Credit to Greenacres for paying a very physical game with 20 kids. Their wide receiver No. 10 (Sentavion Ball) and quarterback No. 40 (Carter White) played well against us.”

Cope running back Trey Jackson completed an outstanding middle school career. He rushed for 971 yards on 75 carries and scored 15 touchdowns in seven games.

He scored four touchdowns against Greenacres on runs of 27, 28 and 14 yards and an interception return of 30 yards.

Smith said the Cougars’ line, with three starters weighing less than 130 pounds, has been “the unsung heroes of our offense.”