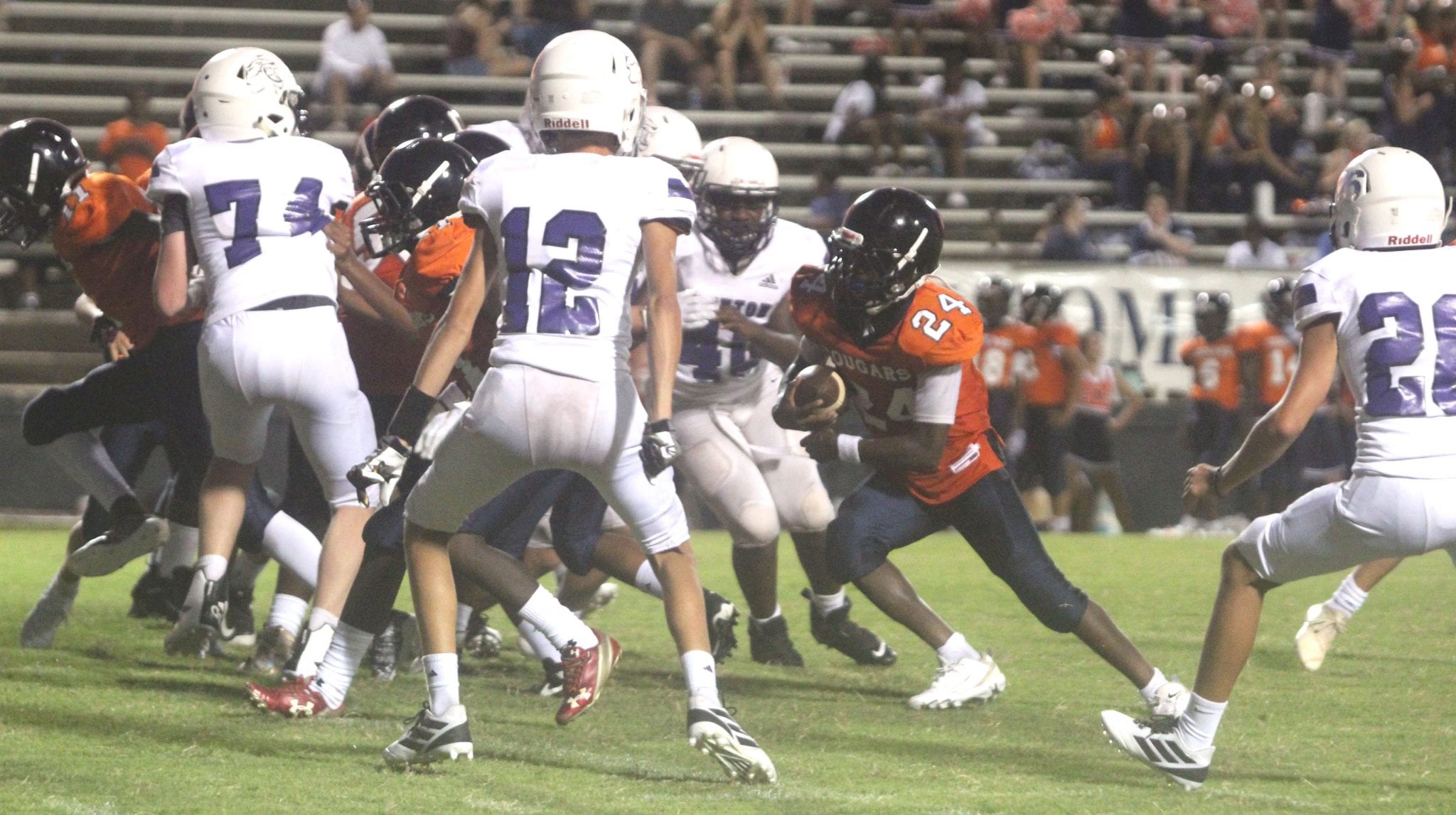 In the other district openers, the Haughton Bucs and Elm Grove Eagles split games at Haughton.

The Greenacres Mustangs opened their seasons Thursday at North DeSoto. The Griffins won the seventh-grade game 28-6 and the eighth 30-18.

At Airline, the Cope eighth-grade team rushed for 225 yards in the victory.

Trey Jackson gained 137 yards on 14 carries and scored touchdowns on runs of 12, 3 and 10 yards. His final TD run, a burst up the middle, came late in the third quarter and gave the Cougars a 20-10 lead.

Conner McConathy’s two-point conversion pass to Markel Hampton was the final score of the game.

The outstanding play of the offensive line was key to the Cougars’ success on the ground.

Walker, Kameron Calhoun, Champ Endris and Brandon Sanders were named the defensive players of the game by coaches.

At Haughton, Davontay Moss ran 80 yards for the Bucs’ first TD in the seventh-grade victory. He then caught a two-point conversion pass from Christian Turner.

Turner scored the second TD on an 8-yard run and completed a pass to Marlon Montgomery for the conversion and a 16-0 lead.

Carter Shaw went in from 3 yards out for the final score. Turner hit Rodney Clark for the extra two points.

The defensive effort was led by Aydin Ashworth, Keontray Marshall, V’Lon Morris and Graham. Ashworth and Graham both made big hits throughout the game, coach Chris Skinner said.

“It was a hard fought, physical battle all night,” Skinner said. “We just didn’t capitalize on the opportunities we had, and made too many mistakes. North Desoto had a great pass rush that gave us fits all game.”

Nehemiah Barrett scored Greenacres’ touchdown on a 60-yard run in the seventh-grade game.

NOTE: This report is based on information provided by coaches. It will be updated as soon as possible if more information is received. Cope seventh-grade coach Keith Bilbo will be reporting game scores only this season.