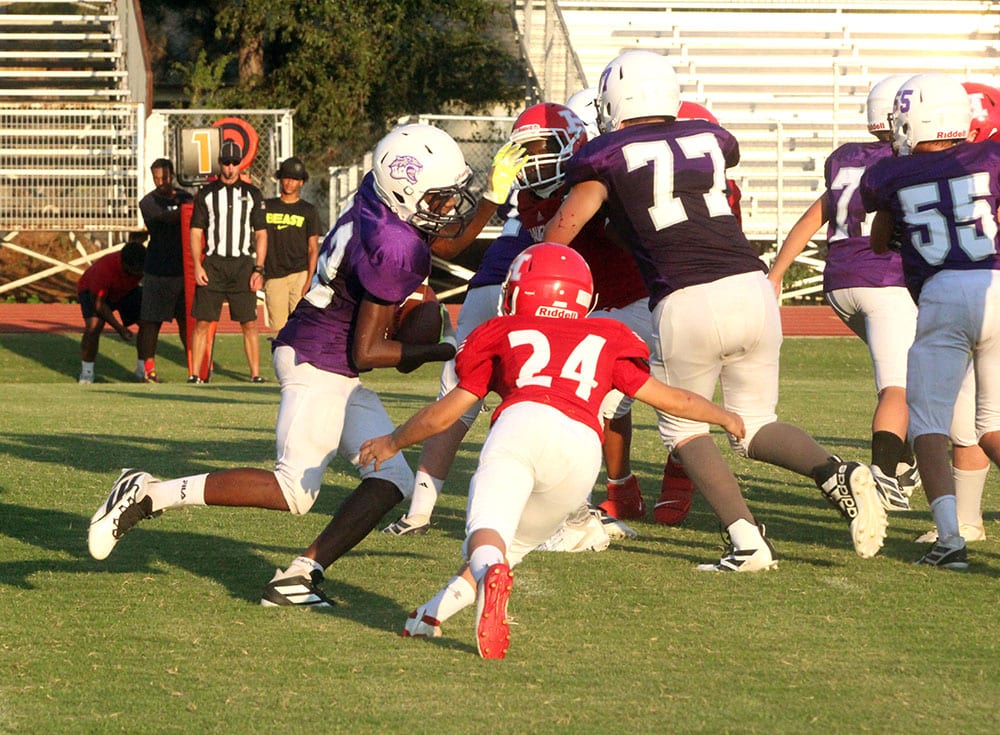 The Bossier Parish middle school football eighth-grade district is crowded at the top going into the fall break,

Josh Smith forced a fumble on the opening kickoff and quarterback Brayden Stovall eventually scored from 3 yards out.

Amarion Lars scored the second TD on a run and then caught a pass from Stovall for the conversion.

Bryson Hinkie returned the second-half kickoff 80 yards for a touchdown. Lars scored the Bucs’ final touchdown on a 15-yard run.

Tucker Melton picked up a fumble and returned it 10 yards to the Benton 10. But the Tigers kept the Bucs out of the end zone.

Davontay Moss ran 65 yards for Haughton’s touchdown in the seventh-grade game. He also scored the conversion,

Tristan Gaby and Zu Davis were cited for their defensive play.

Trey Jackson, who rushed for 203 yards on 16 carries, also had an 12-yard touchdown run and a two-point conversion.

Jose Parra, Champ Endris and Sincere Walker were named defensive players of the game by coaches.

Boudreaux, Hampton and Brandon Sanders were also credited with multiple tackles. Sanders also had a sack.

Greenacres jumped out to a 14-0 lead in the eighth-grade game but Elm Grove rallied for the victory.

NOTE: The above report is based on information provided by coaches. It will be updated as soon as possible if more information is received,