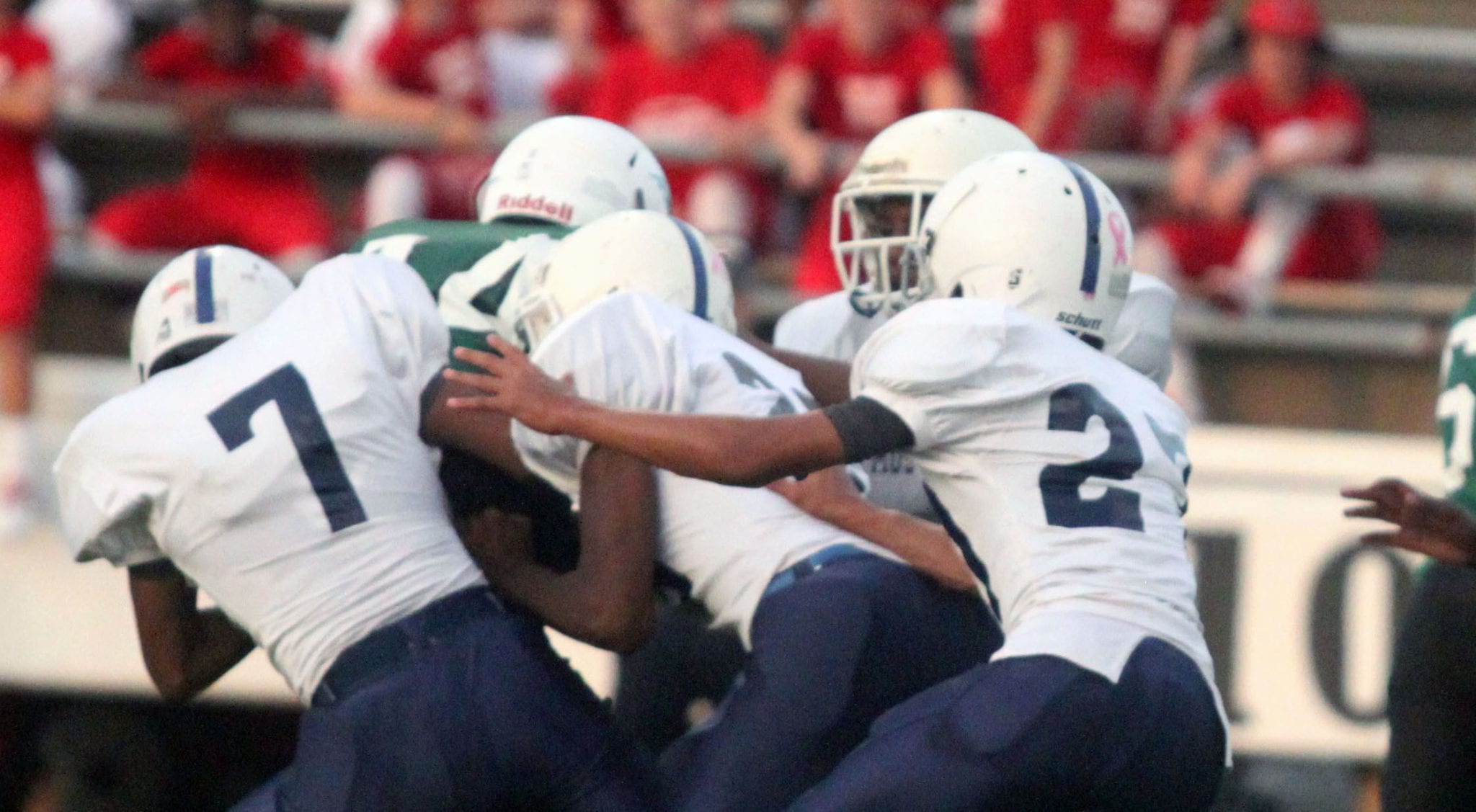 Elm Grove edged the Cope Cougars 7-0, and Greenacres downed the Rusheon Rams 24-6. In the finale, the Haughton Bucs and the Benton Tigers played to an 8-8 tie.

In the opener, Elm Grove’s Gabe Larry passed to Jamal Asberry for the only TD. Luis Espino added the extra point.

In the second game, Greenacres took advantage of some Rusheon turnovers to pull away in the second half. The Mustangs led 8-6 at the break.

Rusheon’s Anthony Watson scored on a 10-yard run to cut the Mustangs’ lead to two. But Greenacres turned back the conversion attempt.

Garcia ran around the end for about 15 yards for the Mustangs’ second touchdown. Rabon scored the conversion.

Frederick Manning went about 10 yards for the third TD. Devin Brooks, who also had some nice runs on the night, scored the conversion. Running back Deveon Carley also had a good game for the Mustangs.

In the nightcap, Benton scored with 10.8 seconds left in the first half. Jackson Illingsworth pulled in a tipped pass from Clint Lasiter around the 5 and made his way into the end zone. Lasiter scored the conversion.

Haughton answered with a long drive in the second half. Quarterback Logan Hendricks helped keep the drive alive with a scramble on third-and-long. Malachi Burks scored on a 5-yard run with 2:56 left. Hendricks went up the middle for the conversion.

The Bucs recovered a fumble and got inside the 5, but the Benton defense preserved the tie.

Carter Griffin had some nice runs for the Bucs.