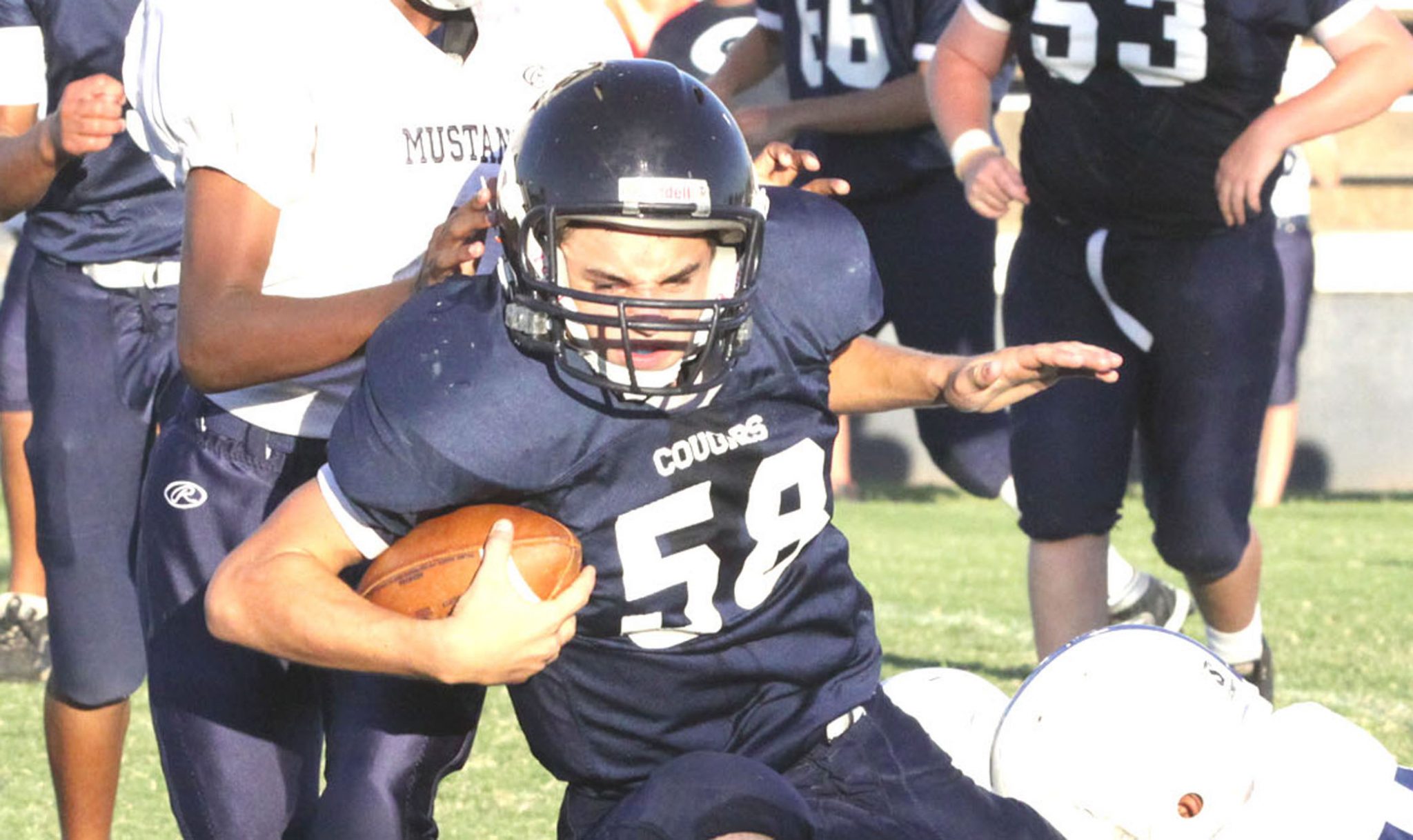 The Eagles won the seventh-grade game in a hard-fought 38-32 overtime thriller. They won the eighth-grade game 22-12.

Elsewhere, the Cope Cougars and Greenacres Mustangs split their games at Airline. The Mustangs won the seventh-grade game 34-0 and the Cougars won the eighth-grade game 40-6.

The Benton Tigers and Haughton Bucs split their games at Benton. The Tigers won the seventh-grade game 34-0 and the Bucs took the eighth-grade game 26-0.

McKee hit Cameron Phillips for a 7-yard score and scored the Eagles’ final TD on a 10-yard run.

Quinton Smith scored from 15 yards out.

Cope amassed 321 yards total offense with all of it coming on the ground.

Davis had TD runs of 28 and 19 yards. He finished with 93 yards on nine carries.

Harrison Tauzin scored the Cougars’ other touchdown on a two-yard run.

Linebackers Zylon Newsome and Matt Salinas, and end Natorious Blackshire were key defensive players, Cope coaches said. All three had multiple tackles for losses. Blackshire and Dylan Lindsey were special team players of the game. Blackshire had a hand in forcing two fumbles.

Haughton 26, Benton 0: Jacob Walker ran for a touchdown and passed for another to help the Bucs improve to 2-0 in district play.

Quandarius Harris returned an interception 50 yards for the only touchdown of the first half.

A Garrett Hable-to-Jermaine Newton pass got Benton into the red zone but the Bucs held.

Benton coach Jared Stowell said he was proud of his defense for holding Haughton out of the end zone near the end of the first half.

The Eagles went to a no-huddle offense with a little more than half of the fourth quarter remaining.

The Eagles defense came up with a stop and got the ball back at their own 40 with a little less than two minutes to play.

Larry scored on a 55-yard run with just seconds left. Elm Grove got the conversion and the game went into overtime tied at 32.

Elm Grove went on defense first in overtime and stopped Rusheon on downs at the 2.

Caleb Reese had nine tackles, and Brandon Nelson had three tackles for losses.

Rusheon’s Jacoby Decker scored on runs of 55 and 60 yards and added three conversions.

Montrez Henderson scored on a 70-yard run and J’Nron Rogers got the conversion.

Trey Taylor had an interception return of 51 yards just before the half and Lemons scored the conversion to put the Mustangs ahead by 20.

Caden Jones connected with Jamorea Alberta for a conversion.

Jonathan Lacour scored from 4 yards out late in the fourth quarter.

Dom Palmisano and Bryson Dudensing were standouts on both sides of the ball, Turnbow said. They both ran the ball well late in the game.

Ian Stanfield had an interception in the first half.

Fream hooked up with Ellis Cole for two touchdowns. He also scored on runs of 19 an 1 yards.

Before his 1-yard TD run, Fream connected with Bubba Osby on passes of 25 and 13 yards. He also had a 30-yard run.