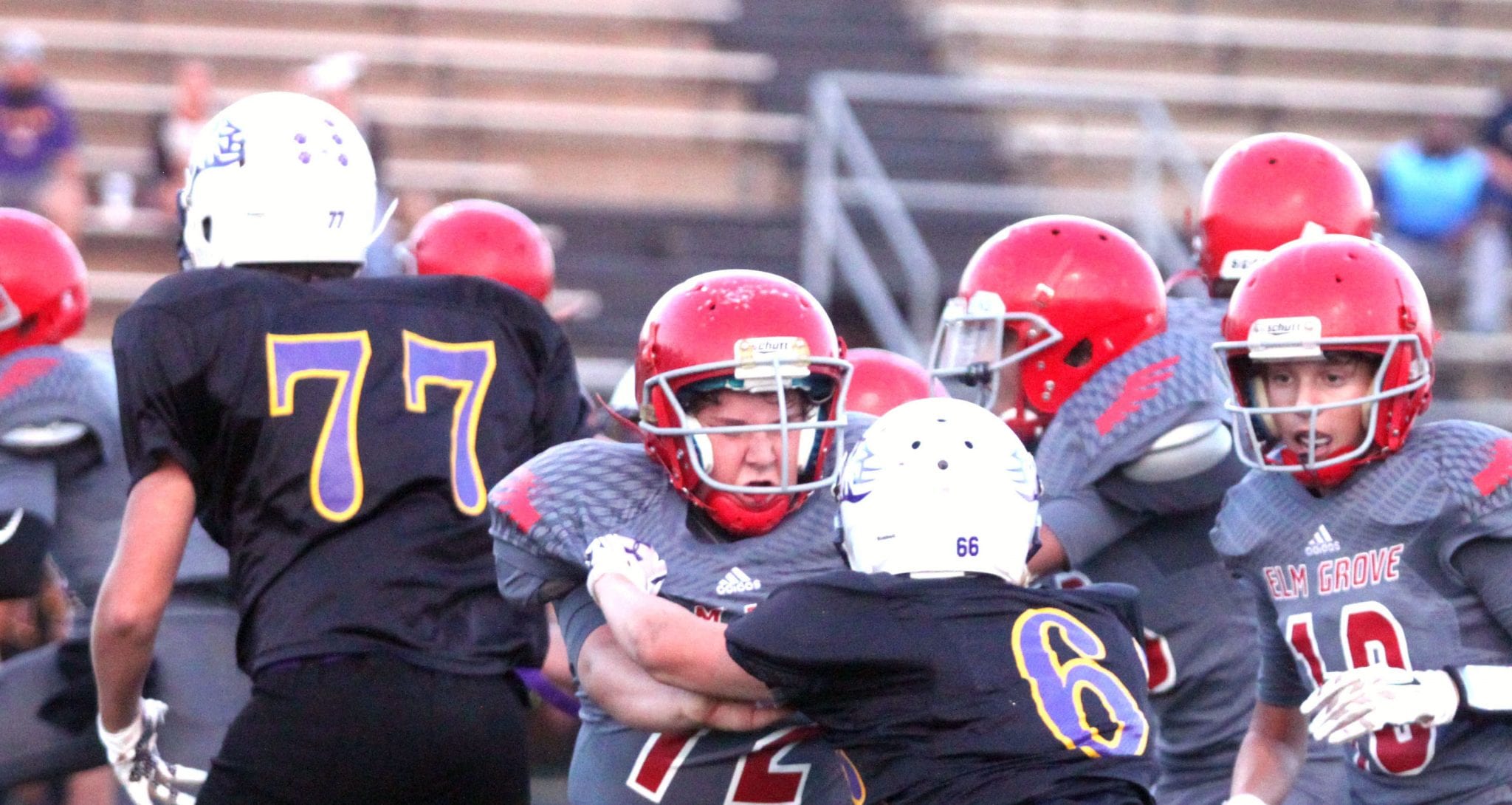 The Elm Grove Eagles completed a perfect run through the Bossier Parish middle school seventh-grade district with a hard-fought 8-6 victory over the Benton Tigers on Wednesday at Preston Crownover Stadium.

Elm Grove finished 9-1 overall and 5-0 in district play. The Eagles’ only loss was 27-21 to Caddo Middle Magnet in overtime.

Benton finished 3-2 in district. The Tigers played the closest game by far of any team in the district against Elm Grove. The Eagles had won their four previous games by at least 16 points.

Elm Grove quarterback Gabriel Larry scored on a 5-yard run for the only touchdown of the first half. Jamal Asberry scored the two-point conversion to give the Eagles an 8-0 lead.

Benton drove deep inside Elm Grove territory in the second quarter but was turned back by the Eagles defense.

Benton got within two early in the fourth quarter on a Clint Lassiter touchdown pass to Jackson Illingworth. But the Eagles stopped the two-point conversion and led 8-6 with 5:53 left.

Elm Grove had only one offensive possession of the second half because of a fumbled punt. The Eagles converted two fourth-down situations thanks to some good running by Larry and Asberry and were able to run out the clock.

Larry had about 70 yards rushing on 10 carries. Coaches said Ty Shelton was outstanding on defense. Brady Norcross had an interception in the end zone in the second quarter.

Dwayne Jones caught a 60-yard touchdown pass in the first half for Elm Grove. Zi Dooley gained 70 yards on a 12-play drive to open the second half, capping it with a 4-yard touchdown run.

Tuesday, Oct. 27, was supposed to be the final regular-season date of the middle school season. But all the games were postponed because of the heavy rain that soaked the area Friday evening through Sunday morning.

The Haughton-Greenacres seventh- and eighth-grade games will be made up Monday at Haughton.

If Haughton wins, Cope (3-1) will earn a share of the title if the Cougars defeat Rusheon at Airline Stadium on Tuesday.

Note: The above report is based on information received from coaches. It will be updated if more information is received.